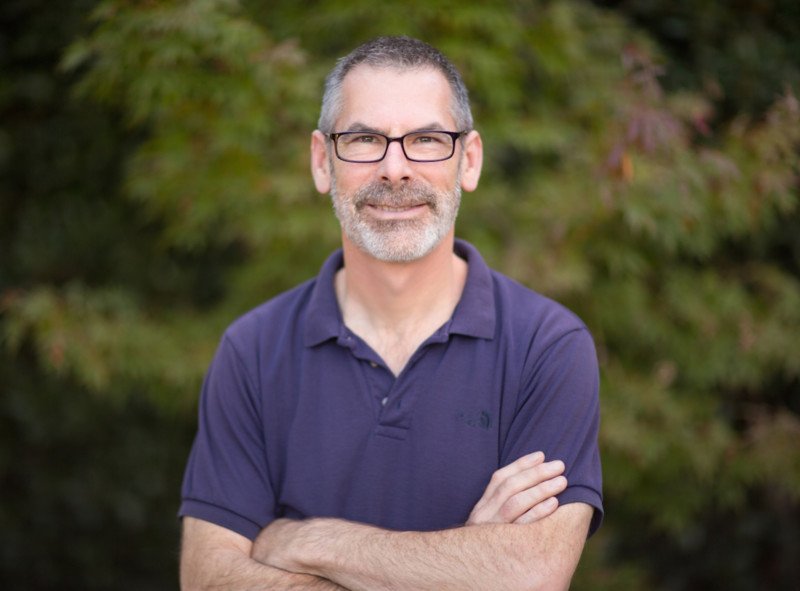 Q: How did you connect with Karen?
A: Karen and I are both volunteers on the screening committee of the San Francisco Green Film Festival, and I was in the festival’s residency program for the past three years. Karen and I had met briefly in previous meetings, but about a year ago, she came to a meeting with a phone number written in ink on her arm. Making casual conversation, the festival director asked her about it. Karen said, casually, “Oh, I was at a demonstration about Standing Rock today, and if I’m ever in a position to be arrested at a demo, I write this number on my arm so I know where it is. It’s the Western States Legal Foundation and they would help get me out of jail.” I was intrigued.

She continued, “I’ve been arrested many times, dozens of times. I think I counted once and it was 32 times.” I thought this was remarkable – she was very matter-of-fact about it. The more she talked, the more interested I was, and I said at the time, “Please let me make a film about you!” Despite both of us serving on this committee, we didn’t really know each other, she didn’t know if I was legit, nor did she really want to be the subject of a film – the causes were always more important than she was. But she thought about it, talked to the Green Festival director about me, and got counsel on the idea from friends, her wife and colleagues. Finally, she agreed.

Q: What was the interviewing, filming and editing process like for you?

A: We actually had to do the interview twice, two weeks apart. I’m a low-tech filmmaker. The film was shot on my iPhone with the Filmic Pro app, and I tried to use natural lighting. Unfortunately, the quality of the picture was bad, so, despite having given a great, emotional interview, I had to ask her to do it all again a couple of weeks later when I brought in lights. We set up in her small library and she went through the entire process a second time, just as good as the first. (Unfortunately, the wattage of the lights melted the plastic on the extension cord I had plugged them all into and they ruined her rug [and we could smell burning the entire time we were shooting]. Karen was very gracious: “We wanted to get rid of that rug anyway.”)

Editing was a fairly quick process, done on iMovie on my MacBook Pro. The hardest part was tracking down photos that illustrated some of Karen’s points toward the end, finding the copyright holders, then convincing them to charge a fairly low license fee, since all costs come out of my pocket. (They were both extremely gracious in that regard.)

From concept to finished product took about six weeks, primarily because of scheduling. The film debuted at the San Francisco Green Film Festival in April 2017. Later that same day it made its East Coast premiere at the Earth Port Film Festival in Newburyport, MA, where it won the Best Very Short Film award.

Q: What do you think new activists can learn from a longtime activist like Karen?

A: Karen always tells audiences to do one thing that takes them out of their comfort zone. If you’ve never been to a protest or demonstration, go. If you’ve been but you want to get more involved, become trained in nonviolent civil disobedience (info: https://www.arrestedagain-film.com/resources) or to be a legal observer. Not everyone can or needs to be willing to get arrested to be an effective activist. She also recommends choosing one organization that’s involved in advocacy and giving time or money to it. That way, you don’t spread yourself too thin.

So there you have it: “If you’ve never been to a protest or demonstration, go”! Thanks for giving us a behind-the-scenes look at your project, Dan!