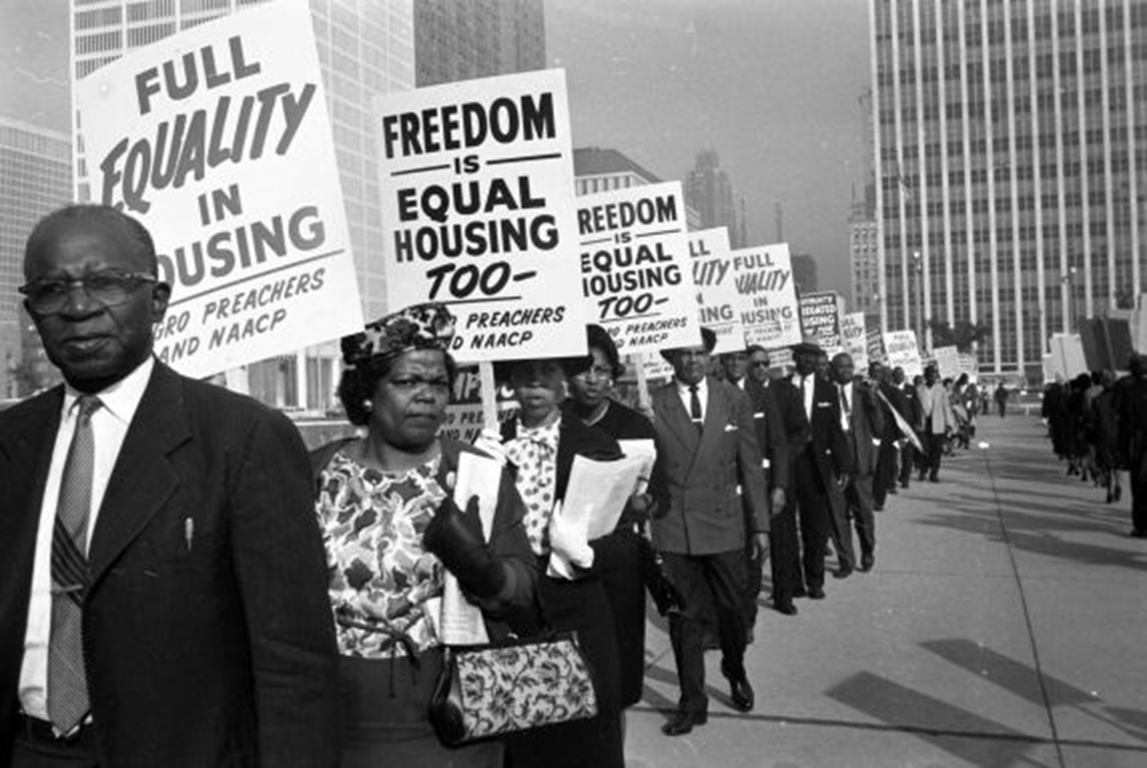 “On April 11 we celebrate the 50th anniversary of the passage of the federal Fair Housing Act,” said Michelle Rydz, Founder and Executive Director of the High Plains Fair Housing Center. “The Act passed only seven days after the assassination of Dr. Martin Luther King Jr. and became one of his most important legacies.” 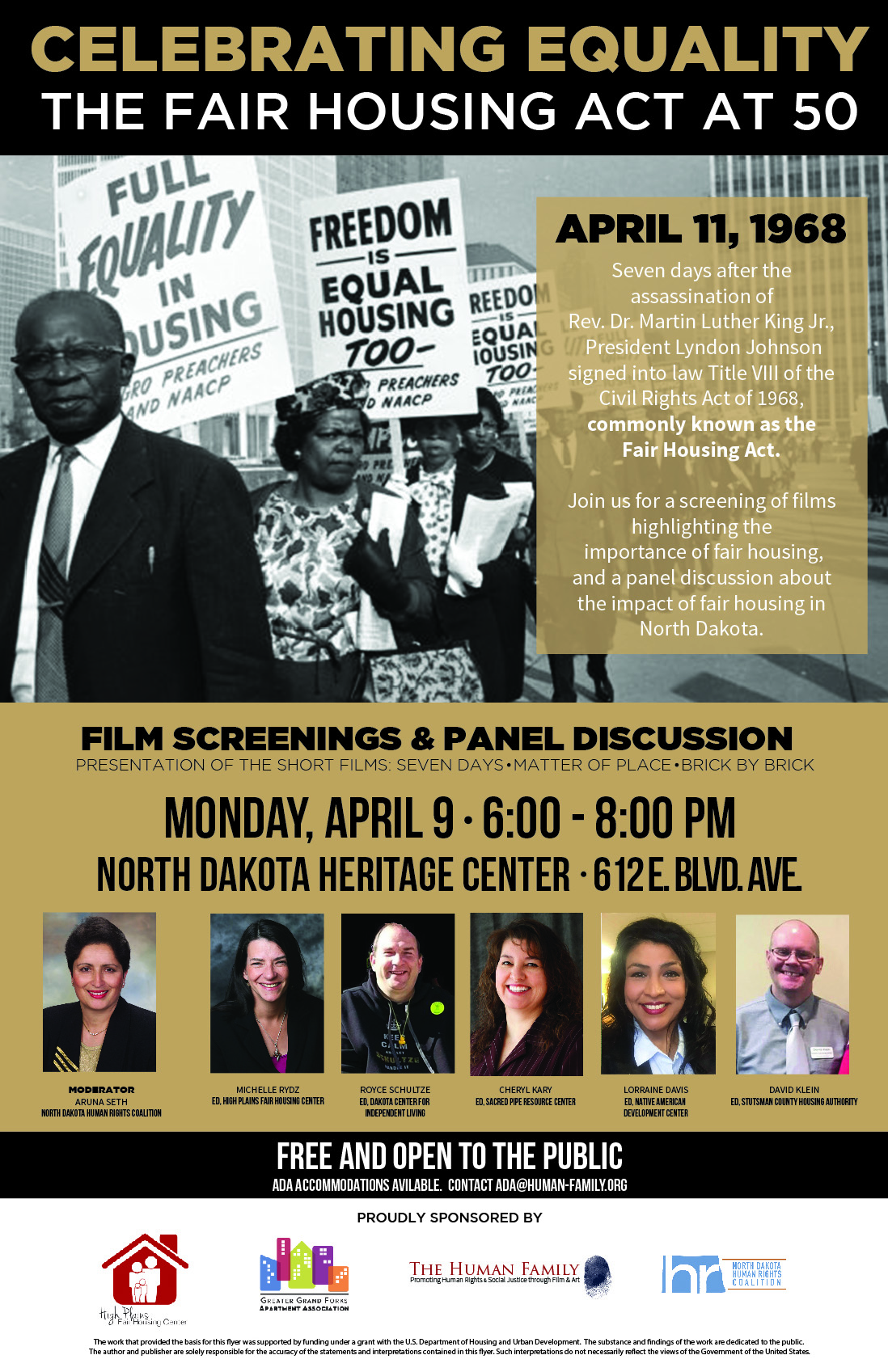 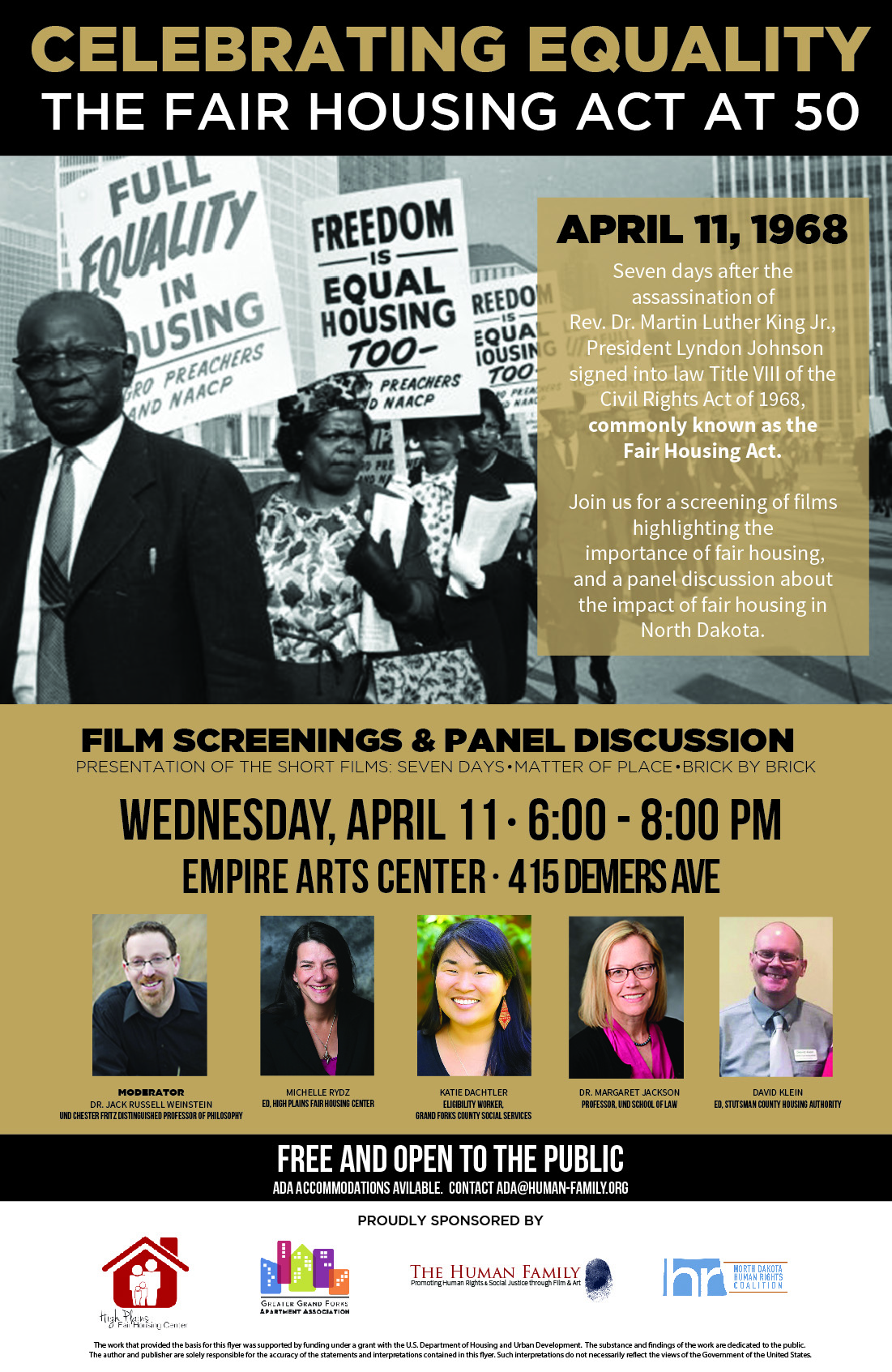 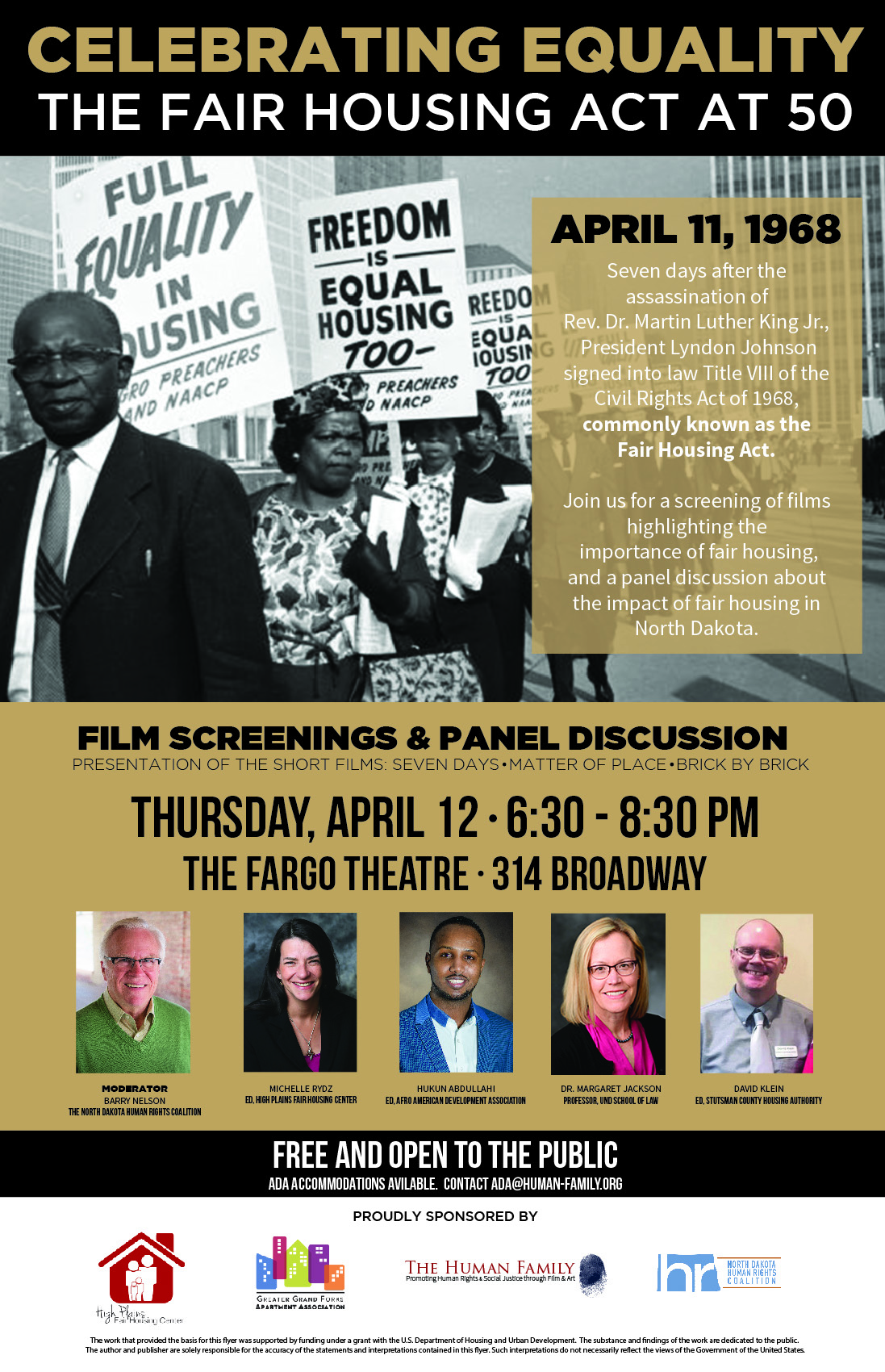 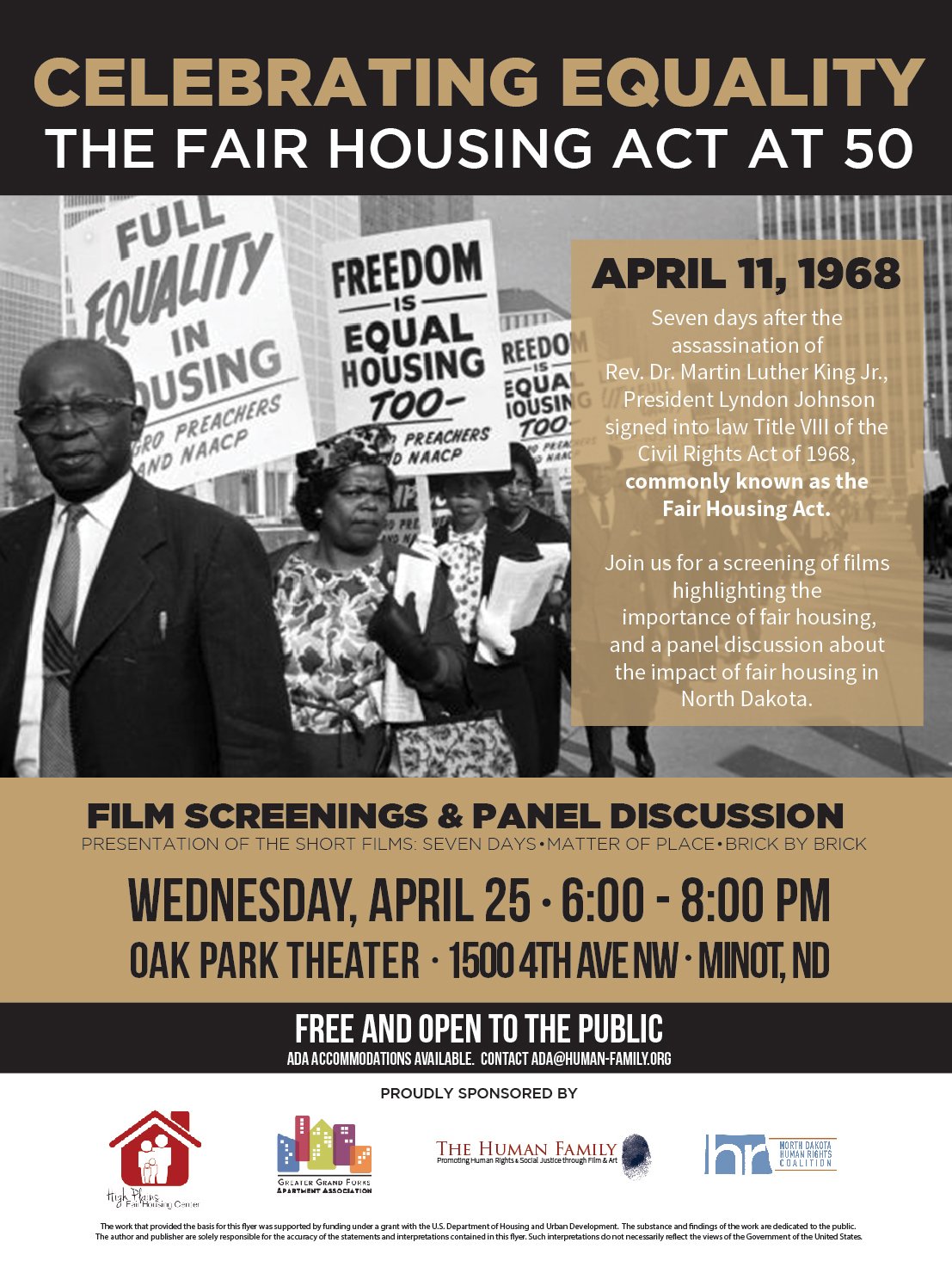 The short films “Seven Days”, “Matter of Place” and portions of “Brick by Brick” will be screened and followed by a panel discussion that will highlight the importance of fair housing and its impact in North Dakota.

The event is free and open to the public. ADA accommodations are available by contacting ADA@Human-Family.org. Tickets are suggested by not required and are available at the Human Family website www.human-family.org.

The Human Familyis a 501(c)(3) organization based in Fargo, North Dakota, and is dedicated to the creation, support, promotion and distribution of human rights, social justice and social issue-based projects. The Human Family develops original content such as The North Dakota Human Rights Film & Arts Festival. For more information visit the Human Family website, www.human-family.org.

Click here for a PDF Version of this Press Release