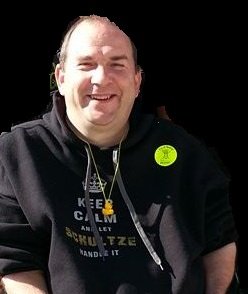 Royce Schultze has joined The Human Family and the High Plains Fair Housing Center as a panelist at both the Bismarck Fair Housing Act Film & Panel Discussion taking place at the North Dakota Heritage Center & State Museum on April 9.

Royce is the Executive Director of the Dakota Center For Independent Living. Royce’s passion is to push for an accessible community by advocating for visitable homes and accessible businesses in the Bismarck and surrounding area. Royce currently serves on the North Dakota Statewide for Independent Living Council, North Dakota Olmstead Commission, and Good Shepherd Lutheran Church Council.