The Human Family is pleased to welcome Fargo, North Dakota based filmmaker Oscar De Leon to the team. Oscar has accepted the role of Project Manager, and will be working behind the scenes with the North Dakota Human Rights Film and Arts Festival. 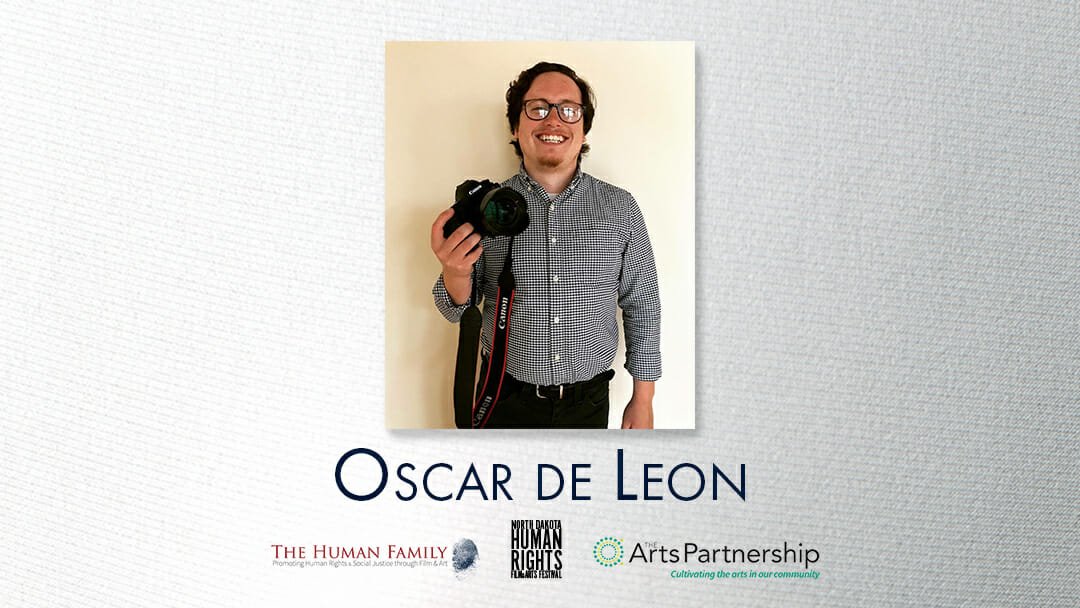 Oscar was raised in Fargo, ND and fell in love with film at a very young age. A completely independent filmmaker, Oscar has been working to fulfill his dream of directing a major motion picture for over ten years. Oscar has previously produced the documentary film “The New Direction“, which captures the story of a DIY Music Venue in Fargo, North Dakota that shut down ultimately due to gentrification. The film is the story of the people who made it home. His most recent work, “Eviction“, an experimental narrative short described as a meditative piece on atmosphere and mood, premiered on Twitch in July of 2018.

The Project Manager position was funded in part by The Arts Partnership’s City Art Partnership (CAP) Grant. CAP Grants support non-profit arts and culture organizations and other non-profits proposing arts projects in the Metro area. The CAP program is funded by the cities of Fargo, Moorhead and West Fargo.