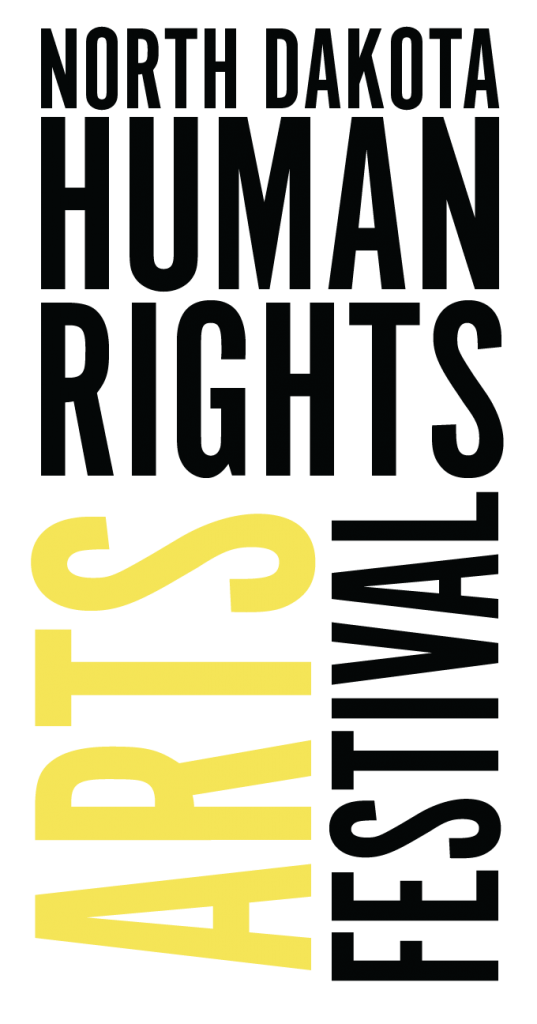 The North Dakota Human Rights Arts Festival Jury is proud to announce the award winners for the second annual art festival. Eight artists are being recognized and honored for their creativity, talent, approach to content and overall excellence of their work.

In recognition for thier achievement, each artist will receive a unique hand-crafted dreamcatcher fashioned by artist and Standing Rock Water Protector Brennon Nastacio out of the razor wire used in the 2017 Standing Rock blockade during the peaceful resistance to the installation of the Dakota Access Pipeline.

The 2019 award winners include: 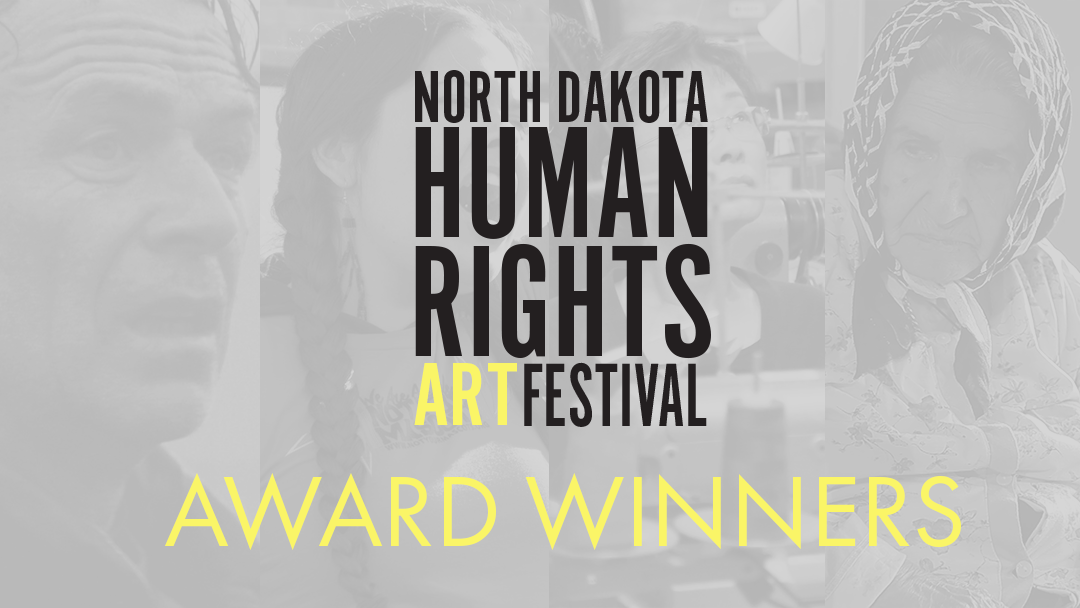 Title of Work: “Las Cordenadas / The Coordinates”
Artists: Lisa and Hugo Gordillo
“Las Cordenadas / The Coordinates”, or, markers for 26 of the 440 Mayan villages destroyed during the Guatemalan “anti-communist” genocide, funded in part by the United States, between 1953-1996. This piece is made of 26 plaster casts. Each cast is of the space within cupped hands; the casts are lined up on a wooden shelf. (26 = 2 sets of 13; 13 is a Mayan marker for the body. This piece is intended to be both “a pair of two,” and “a marker of 26 units”). On an opposing wall, texts list villages destroyed by military agencies and the specific actions taken to destroy them.

Title of Work: “Freedom”
Artist: Jenny E. Balisle
Clear braille on polymer. Lady Justice is a symbol of impartiality in our judicial system. Standing stoically with a scale in one hand and a sword in the other, she is blindfolded representing that power, status, or money has no influence. A standard braille sign becomes repurposed by altering its function. The art serves as a marker questioning how special interests have weakened the fundamental principles of democracy. Citizens must not blindly follow but question, organize, and demand the highest standards preserving truth and justice.

Title of Work: “Sunlight”
Artist: Rachel Asher
“Sunlight” is a work of fiction consisting of three short stories. It is dedicated to the individuals whom I came to know while working as a case manager, and to all survivors: ​Your strength and resilience continue to inspire. ​It is a privilege to know you. ​

Title of Work: “Vision”
Artist: Emily Vieweg
Twenty years ago, two young men murdered Matthew Shepard because he was gay. This year the Fargo/Moorhead Community Theatre performed the play, “The Laramie Project,” written by Moises Kaufman and the Tectonic Theatre Project. The FMCT Board of Directors hired me to write a poem as a reflection to this production.

Title of Work: “Innocence Destroyed”
Artist: Kimble Bromley
One encounters many surprises in life, some good, others not so good. “Innocence Destroyed” is a painting relating to the latter. When children are hurt, we all feel the pain. The innocence of children represents a sense of freedom. It is something we cherish most about childhood. When it is taken away there is a great sadness, a loss, a pain we can all feel. This painting is a metaphor for that loss.

Title of Work: “No Spiritual Surrender”
Artist: Shane Balkowitsch
May we never forget the efforts against the Dakota Access Pipeline, when the government of North Dakota chose the side of an out of state oil company over the lives of its residents.

Title of Work: “Health, A Fundamental Right”
Artist: Lourdes Hawley
When I started this painting, my world was very small. It was not until I began working on the background that I grew in knowledge and as a human being. I was very particular about what I wanted to have on the background and after some careful research I chose the key facts on human rights and health from the World Health Organization. And then my world became very large. I wrote it in two languages. They come from my own background, two languages, the witness of two economic levels of development and of two parts of the world.

Title of Work: “The Lower Forty-Eight (HHostile)”
Artist: Brett Lysne
Stemming from a set of sketchbook drawings also titled “The Lower Forty-Eight,” this series of full-sized pen drawings is a showcase of my reactions and distractions in a post-2016 America. Organic forms such as leaves, vines, and muscle tissue blend with the topographical lines of maps and nautical charts. Within these dense furrows of directional information, I have hidden an array of miniscule imagery. These icons form a new mapmaker’s lexicon that is sometimes political critique and sometimes poetic nonsense. Three-dimesional block letters, themselves reminiscent of benign children’s blocks or refrigerator magnets, spell out cryptic yet serious content. This drawing, “The Lower Forty-Eight (HHOSTILE)” addresses nation-wide reactions to White House statements on actions on immigration in 2018.

Title of Work: “Iku Manieva”
Artist: Isaac Ruiz Gastélum
Two children take refuge from violence in the mountains of Sinaloa, Mexico. ‘Iku Manieva’ is a short documentary filmed in the Sinaloa sierra, a mythical territory in Northwest Mexico historically controlled by the drug cartels and whose violent dispute has transformed entire communities into ghost towns. Narrated through the hopeful look of two children from the Sinaloa highlands -where the film unfolds- the story takes us into an idyllic landscape wrapped in a rare atmosphere of peace that contrasts deeply with the threatening presence of the narcos. A conflict that has spread over time generating countless deaths and human rights violations suffered by the inhabitants in different rural áreas of the State, registering 1,800 displaced families and 3,000 exiled people between the years 2012 and 2018.

The exhibition is currently on display at the Art Nest in Grand Forks, North Dakota, through March 28. An artist reception is scheduled on Thursday, March 28 from 6-8 p.m. Artists will be on hand to discuss the motivations and ideas behind their work. The reception is free and open to the public. 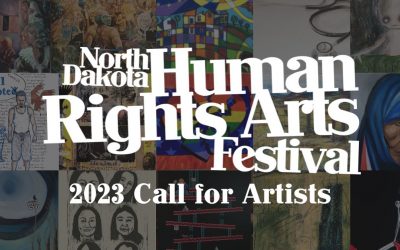