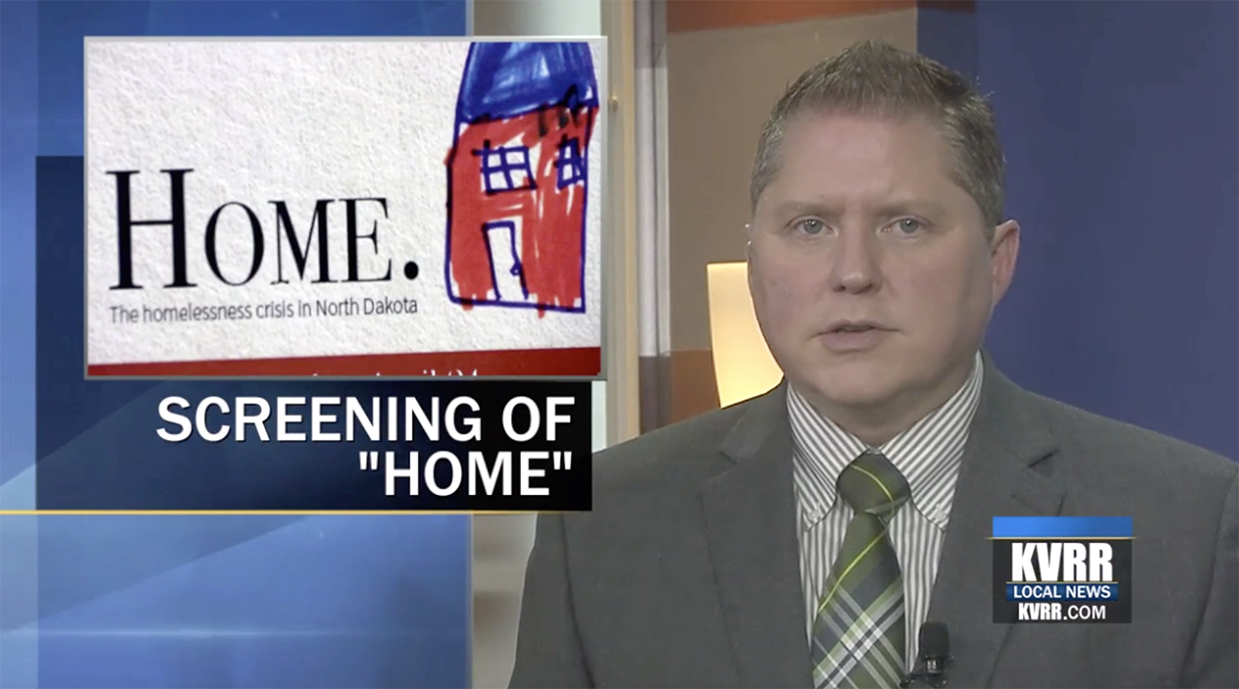 This story was originally posted on KVRR on April 24, 2019. The original story can be found online here. By Tanner Robinson.

FARGO, N.D. — A new docuseries is taking a look at what a non-profit calls North Dakota’s homelessness crisis.

Filmmakers Sean and Sonya Coffman with The Human Family premiered the first chapter at the Fargo Library.

Tanner Robinson reports on the screening of Chapter One of “Home.”

Sean says the idea came to him and his wife during his wife’s time volunteering at a local homeless shelter.

“As a white couple living in south Fargo in a relatively nice neighborhood, we didn’t realize how big the epidemic was and how difficult it was to get out of homelessness, so we decided to tell this story,” said Sean, who produced and edited the series.

The other 11 chapters will be released in the next few months on The Human Family’s website.