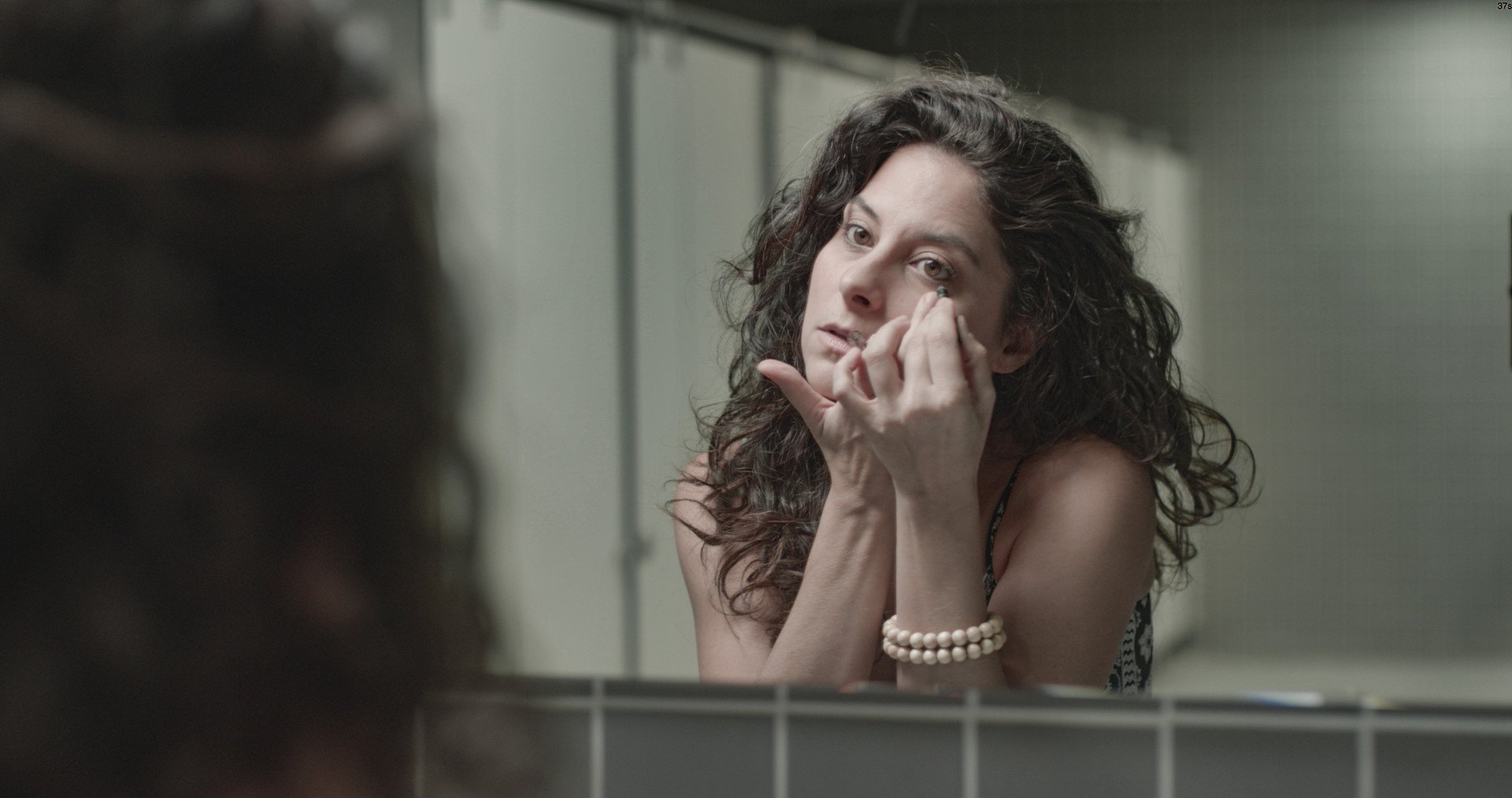 Khalil (Palestinian) works as a mason in Israel and has a girlfriend Ofra (Israeli), a student at the University. Ofra lives with his military sister and his father (jewish rabbi). Khalil’s sister goes into labor and dies at the checkpoint because the military does not let her go to the hospital. This tragedy forces them to make hard decisions that will separate them forever. Although the strength of love and life will try to break through although the fatal fate is an almost irremediable place.

The short film project “Ofra & Khalil” has its origin in a triangulation of factors whose first vertex starts from the nature of the script written by J. Alberto Andrés Lacasta, which revolves around a situation that can be part of everyday life between the relations of Israel and the occupied territories of Palestine.
But the transcendence of the story goes beyond the perennial conflict in this place in the world, since the fundamental axis of the film is the physical and mental “border”, as a place of origin and end, as a place without expectations, as a place only suitable for dogma, as a place of inexorable separation and not life. The border appears to us as an inhospitable, dry and uprooted territory that carries devastating consequences for the human being based on fear, distrust, contempt and brute force and violence as the most eloquent means of expression in this space.
And it is from this “no place” that tragedy emerges from one side of the wall to the other in the purest classical essence of Sophocles; as two poles that inevitably attract, but with consequences that go beyond the intrahistory of individuals and are subject to the weight of tradition and the supreme mandate. At the end of the day we are facing a story about a palpation of a utopia difficult to achieve, but possible, based on peace and the recognition of the human being as an essential element of social justice.
To this suggestive thematic corpus, as a second vertex, the possibility of carrying out a project of this nature in a perfectly replicable and mimetic landscape to that of the Negev desert and the dusty hills of the Wadi Rhum, in the Aragonese steppe landscapes of the Monegros, following the trail and advice described in the play “A tree is a tree” by the filmmaker King Vidor, when “Solomon and the Queen of Sheba” was filmed in these lands subjugated by the beauty of the Aragonese nature. The eloquence of the dryness and immensity of the monegrine landscapes and its steep hills make these lands a character, to which it is possible to add the viability for the production that supposes to have these spaces so great for the purpose of the film.
As a third element, the particular profile of the scriptwriter and director of the short film must be reviewed. The filmmaker J. Alberto Andrés Lacasta has worked several times in Palestine and Israel as an international cooperator and observer, and was also the director for four years from 2007 to 2010 of the Israeli Palestinian Film Series organized by Aragonese Solidarity Action and developed in Zaragoza and Huesca To this we must add his 2009 documentary “The permanent Nakba” and the participation together with the Aragonese Félix Martín and Alfonso Plou of the play “Dile. The case of the seven Jewish girls ”based on texts by the authors Caryl Churchill and Deb Margolin and starring a master-magisterial cast, as well as their artistic and cinematographic participation in the project“ Looks against oblivion ”by the Dutch painter Jan Van Eden.
To this we must also add the authorship of numerous articles related to the emerging cinema of Palestine and Israel where he has not ceased to express his admiration and analysis by such significant directors as Hany Abu Asad, Avi Mograbi, Annemarie Jacir, Maysalun Hamud, Juliano Mer Khamis, Eran Rilkis, Amos Gitai, Mohammed Bakri and so many others. All these particular elements, beyond his career as a filmmaker and screenwriter in other types of productions, make him a great connoisseur not only of the particular situation of conflict and daily reality in Palestine and Israel, but also possessing a way of dealing with the technical challenge of filming and conception of the film closely aligned with the particular narrative style of the new filmmakers mentioned in the Middle and Middle East. All this will allow to make a film shot in Aragon and with Aragonese technical and artistic team with a vocation of internationality in the distribution of the very important film.
In short, “Ofra & Khalil”, following in the wake of playwrights such as Wajdi Mouawad, Tony Kushner or Shakespeare himself from “The Tempest” takes the occupation of Palestine as a backdrop, being the intrahistory of its people, its victims and his executioners the place from which he weaves the story. The author and director is based on the exploration and continuous contradiction about uprooting and the earth, confronting these elements with the importance of memory and the search for the root, and always with violence and conflict as a common trigger element. . From there, thanks to the twisted games of family constellations and truncated love, he deepens without compassion in a bold exercise of exploration about the reason for pain and the transcendence of death and its rite.

The film revolves around the stories of four women: Shamima, a volunteer counselor working with survivors of military rape in the Rohingya refugee camp in Bangladesh, Dil Kayas, a teenage survivor and San Lung and Lu Ra, the sister and mother of two Kachin school teachers brutally raped and killed in 2015, allegedly by the Burmese military.

Powerful testimonies from survivors, witnesses and activists explore the far-reaching impact of sexual violence and trauma upon communities, woven with stories of couragaeous women calling for justice and an end to impunity.

Director, Jeanne Hallacy has worked in Southeast Asia for 25 years, producing stories about human rights and social justice issues. Her films are used as advocacy tools by civil society organizations.

Mother, Daughter, Sister, Sittwe, This Kind of Love and Into the Current were each released with an international speaking tour in the United States and Europe where the films were screened

Sittwe—produced with Smile Education and Development Foundation—gives voice to two teenagers separated by conflict and segregation in Myanmar’s Rakhine state. Sittwe premiered at the Freedom Film Festival in Malaysia where it was awarded the Best Southeast Asia Short Documentary. https://www.kanopystreaming.com/product/sittwe

This Kind of Love—produced with Equality Myanmar—follows Burmese human rights educator and LGBT activist, Aung Myo Min, as he returns home after 24 years in exile. Officially selected in five international film festivals, the film received an Award of Merit in the LGBT category at the Accolade Global Film Competition and was broadcast on Democratic Voice of Burma television. Distributed by Documentary Educational Resources. http://www.der.org/films/this-kind-of-love.html

Into the Current: Burma’s Political Prisoners -produced with the Assistance Association for Political Prisoners, is about the history of nonviolent resistance in Myanmar, broadcast on the Democratic Voice of Burma and officially selected in nineteen film festivals including One World and the Santa Barbara International Film Festival where it was nominated for the Social Justice Award. Distributed by Kanopy International.
https://www.kanopystreaming.com/product/current-burmas-political-prisoners

No Woman: No Peace, about equity for women in ethnic communities in Myanmar was produced for the National Democratic Institute in Washington, D.C. and screened at the awards ceremony presented to the Women’s League of Burma by stateswoman Madeleine Albright.

Mercy (meddah) follows a Thai girl who lost her family to AIDS. It was officially selected in twelve festivals and awarded the Special Jury Award in the Ojai Film Festival. Distributed by Documentary Educational Resources. www.der.org/films/mercy.htm
Burma Diary, a four-year chronicle of a refugee family displaced by war, officially screened in thirteen festivals and broadcast on the PBS Program Resource Group. Distributed by Documentary Educational Resources. www.der.org/films/burma-diary.htm 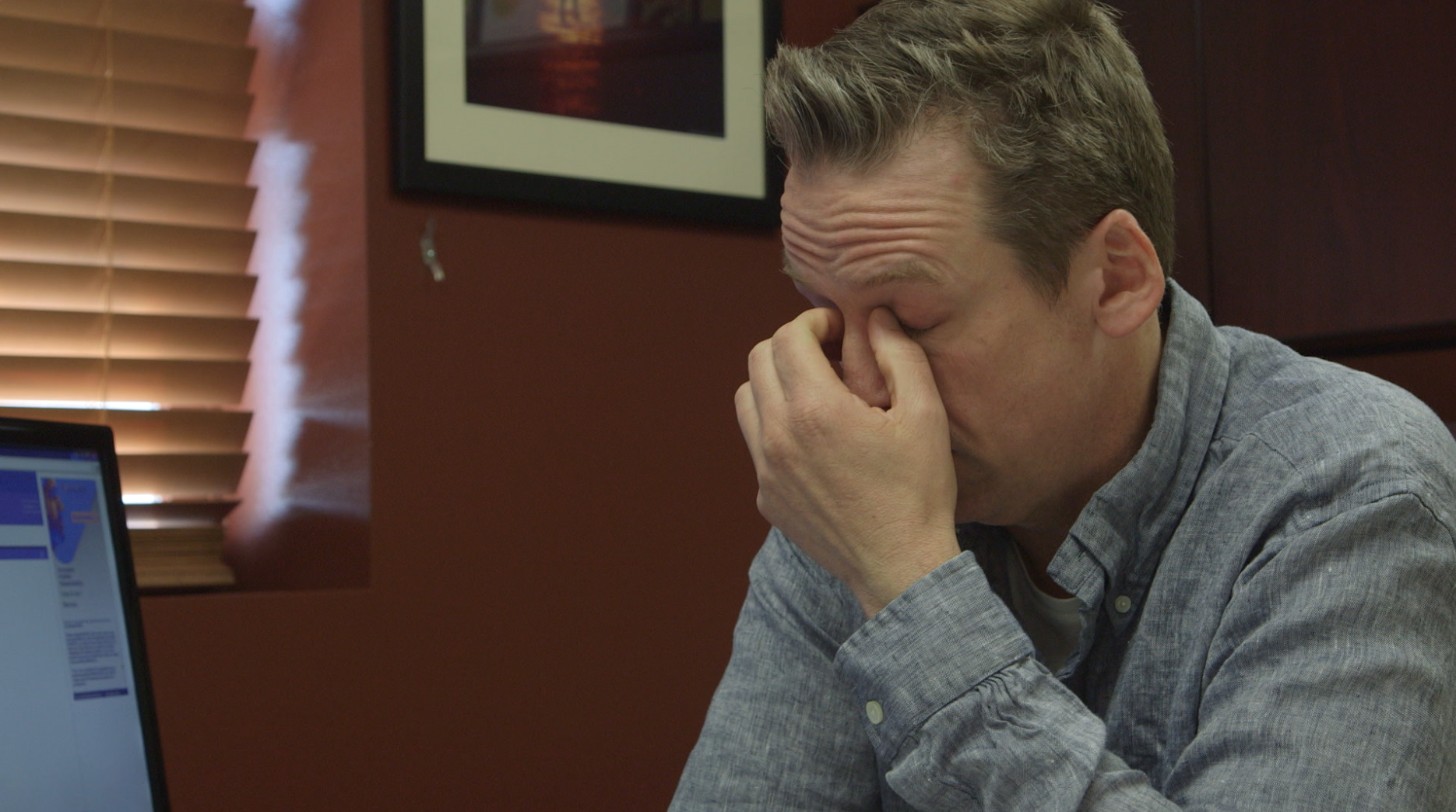 The opioid epidemic is not what you think it is. Watch the real-time struggle of an Alaska physician on the frontlines of the battle. During the course of filming, the clinical operation he led came under an intense “investigation” which was conducted as a campaign of disruption by an FBI agent with a known history of significant abuses. What would have been one of the earliest looks at the epidemic and the plight of these patients was sidelined and only intermittently worked on as the implosion continued. This documentary presents an alternative view of the current epidemic from the inside, and arrives at some startling conclusions which you may not have considered before now.