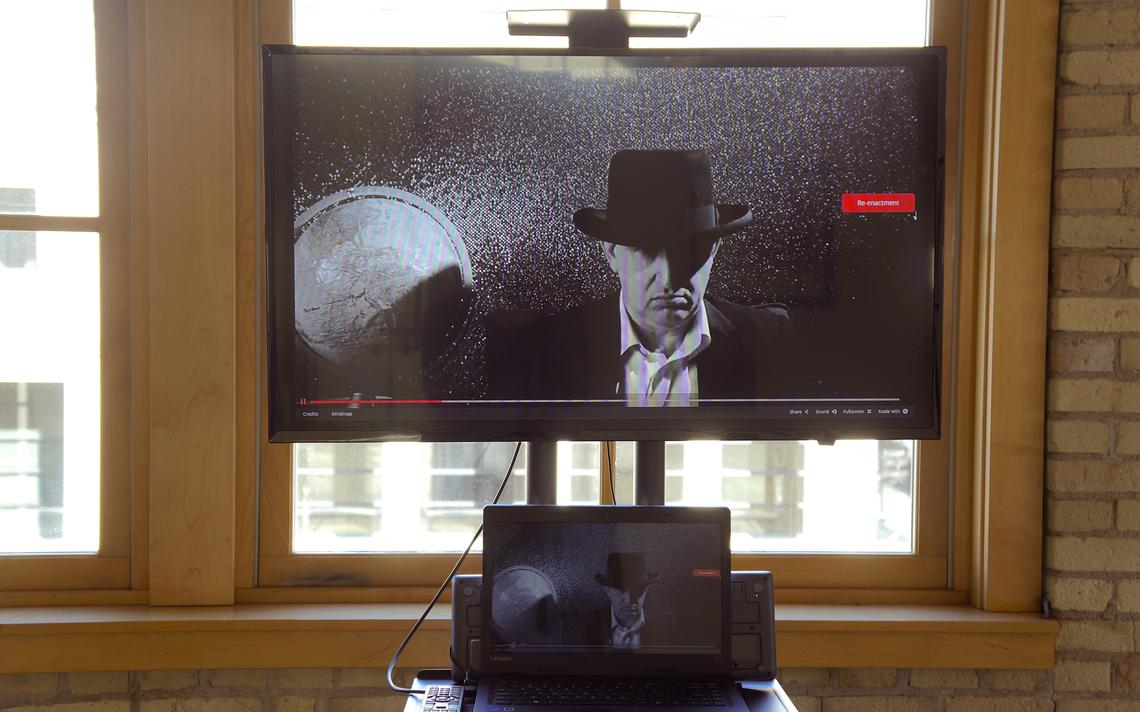 This story was originally printed on the InForum on January 20, 2020. The original story can be found online here. By Ethan Mickelson / The Arts Partnership

FARGO, ND. (Forum) – A locally funded and produced interactive film reports on a contentious point in American history — and explores a personal family story for the filmmaker whose grandfather is the subject.

“Watching Leo” is on display as part of the North Dakota Human Rights Arts Festival, which is currently in Fargo and will also visit Bismarck and Minot later this year.

Utilizing reenactments, voice-overs and current interviews, filmmaker Ray Rea offers up the story of his grandfather for exhibit visitors to experience for themselves.

It’s the story of family and struggle — a scrapbook account from the distant memories of an enemy alien.

In his project, a mind map of sorts outlines his grandfather’s experience as an emigrant from Italy during World War II. 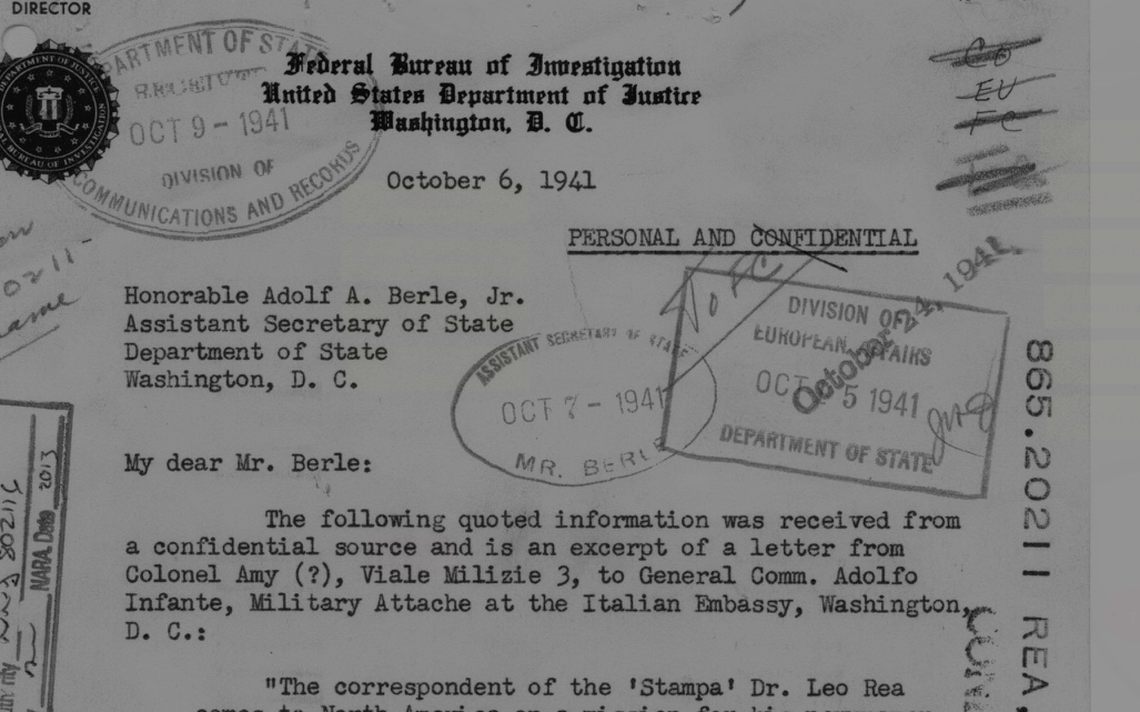 Many formal documents were exchanged back and forth between the government and the Rea family as they attempted to keep their family together during World War II. Denisty Over Duration

Plains Art Museum visitors can relive the story by slipping on a pair of headphones and navigating a large screen. It centers around Leo, a journalist working as a foreign correspondent for an Italian publication.

Just like the citizens and descendants of other enemy states during this time in American history, Leo Rea was detained and risked having to say goodbye to his newly formed family.

“All of the Italian journalists stationed here were supposed to be exchanged for the American journalists in Italy,” Ray Rea says. “There were a lot of letters about that, going into great detail about whether if they leave his name off his list, will it be noticed? There was even a suggestion of saying he fell sick on the day he was supposed to board the boat.”

Working in film and digital media, Rea documents his investigation with official letters and black-and-white reenactments of his grandfather shot on 16 mm film. 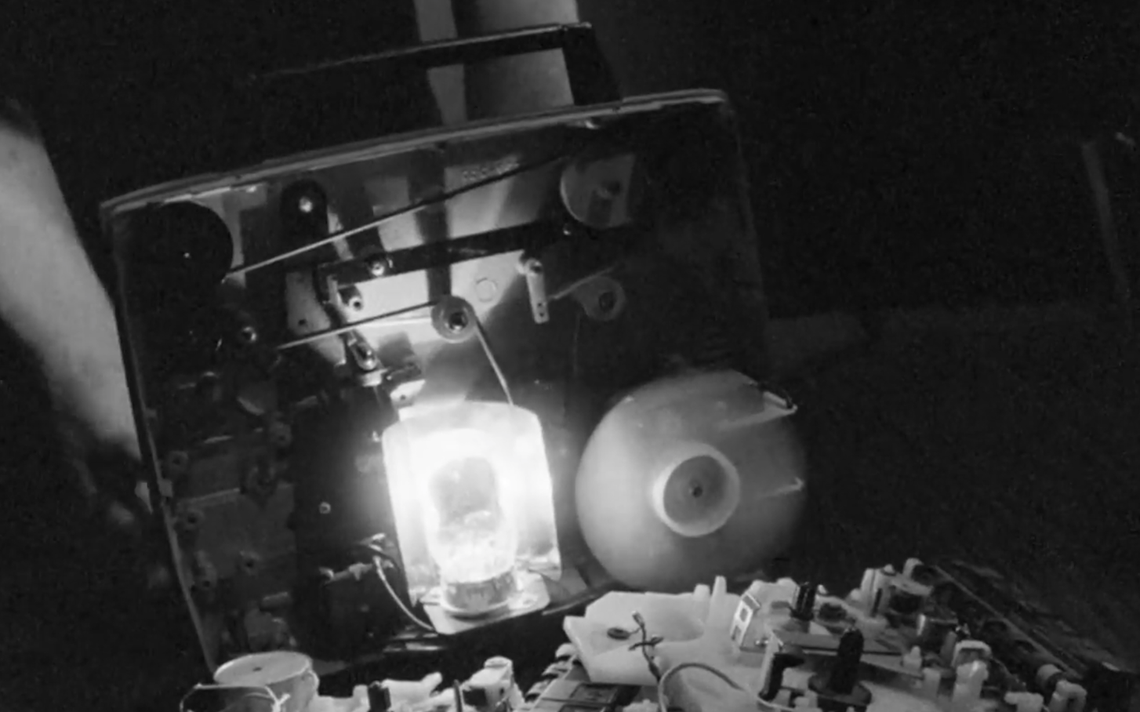 Previously, these were accounts he heard as a boy from his father and grandmother, but now there’s physical proof that tells a detailed tale.

“When the Freedom of Information Act came out, it provided me a way to actually write to the government and say, ‘I’d like to see all the documents you have on my grandfather,’ and there was a whole sheath of them,” Rea says. “There’s even a letter from J. Edgar Hoover about him.”

In another, Leo’s wife, Irene Holland Rea, pleads in formal documents for her husband to remain in the country. While he was finally granted citizenship, Leo was no longer able to work as a journalist according to a stipulation of the deal. He lived in the country until he died in 1973.

“This project presented itself as only being effective through a connected viewer experience,” Rea says about his choice to use an interactive platform to tell the story. 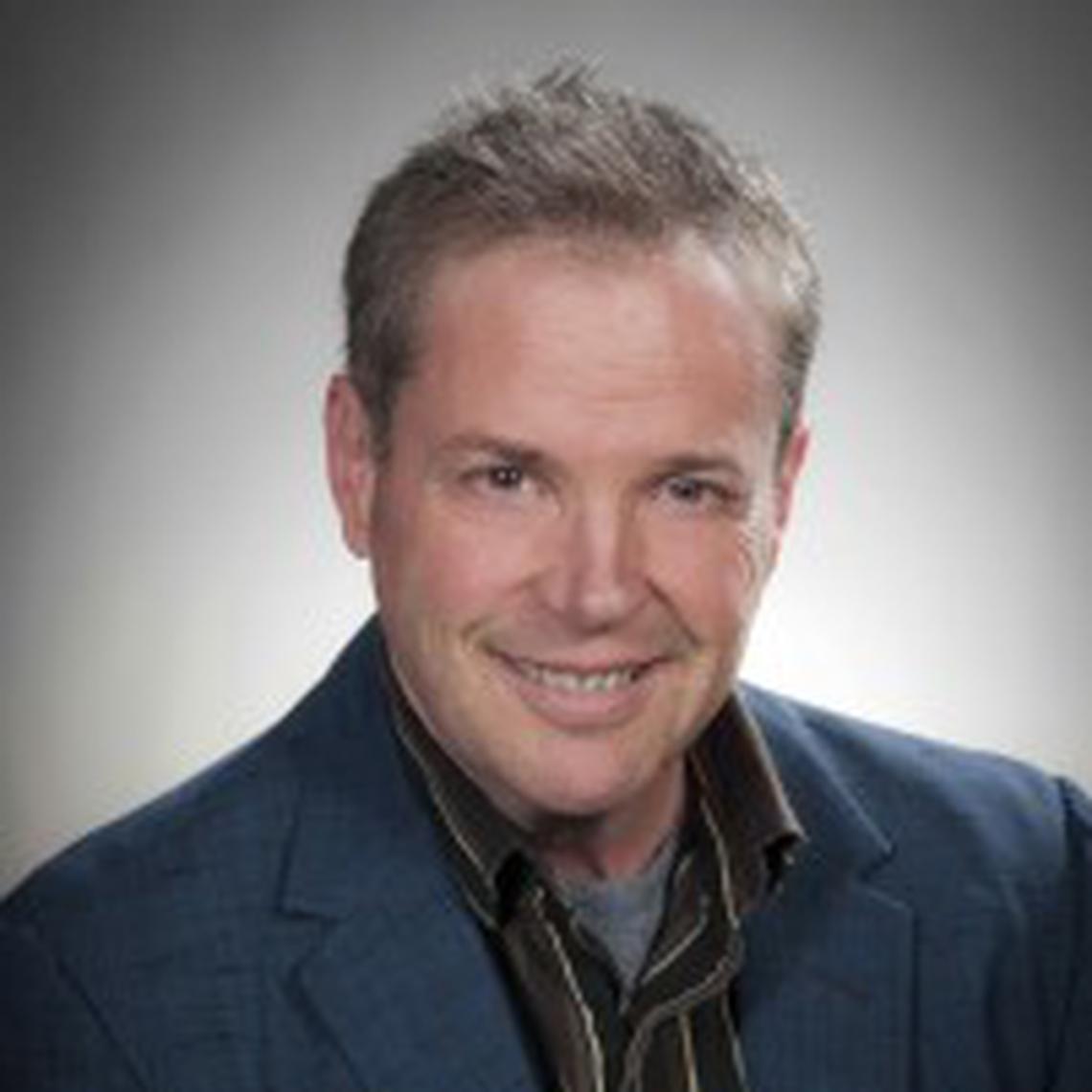 Working in film, digital media and theater, Ray Rea is a part of the School of Art and Media faculty at Minnesota State University Moorhead. MSUM

In the film, he expands on the idea of immigration with a series of interviews with a student named Ibtissem Belmihoub from Algeria.

In addition to his work in film, Rea is an associate professor of film at Minnesota State University Moorhead. He wrote Theatre B’s first commissioned play, “The Sweet New,” a collaboration with The Pride Collective and Community Center in 2016.

“We have a really nice equilibrium between the technical work right next to something that has a really strong heart,” says Sean Coffman, executive director of The Human Family nonprofit that was founded to change communities through art.

In his third year as chair of the event, Coffman curates a whole spectrum of artists with skills ranging from beginner to advanced. The project helps fulfill The Human Family’s mission to educate, engage and facilitate discussion around local and worldwide human rights topics.

To find out more about Rea’s work, visit densityoverduration.com. 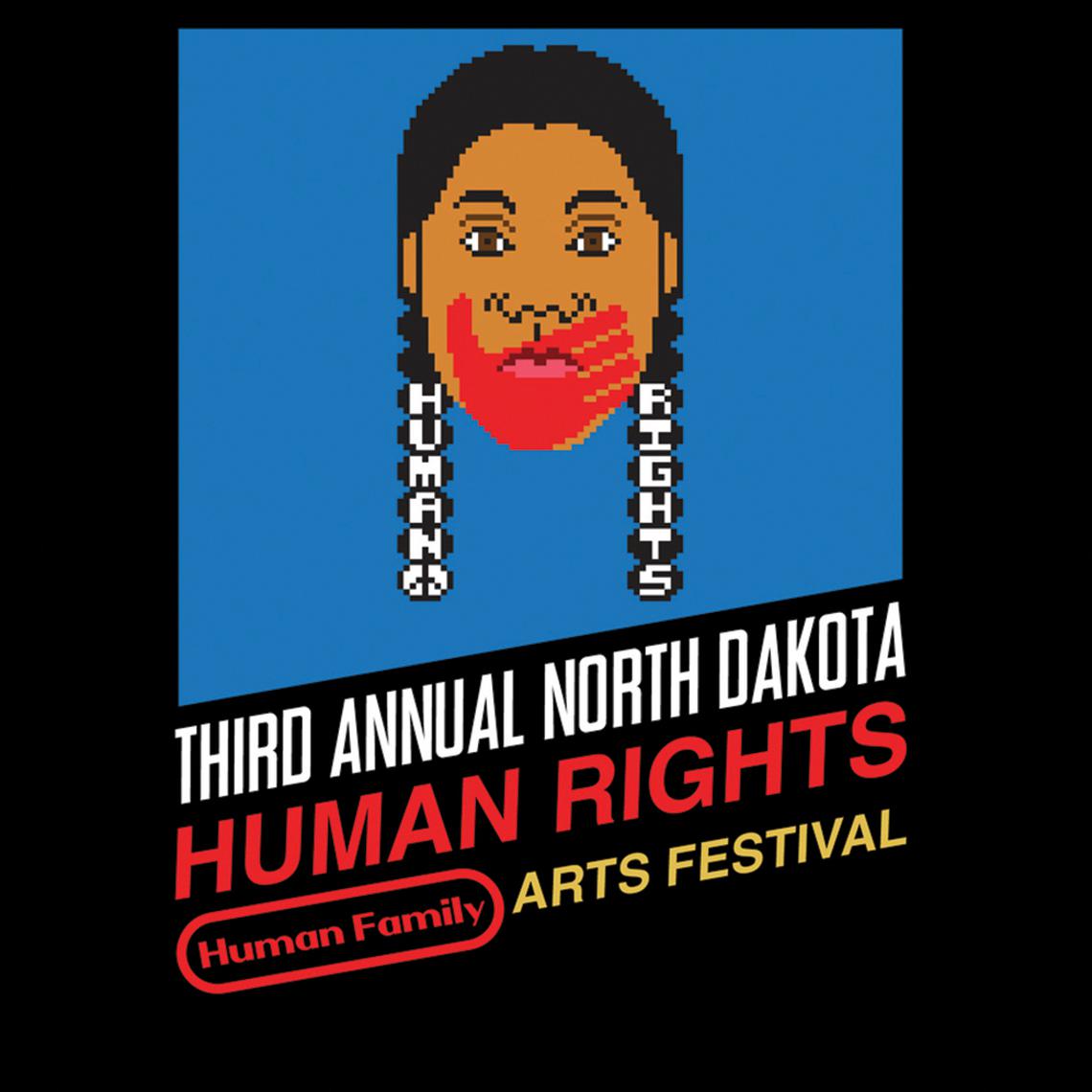 What: Artist talk and reception for the North Dakota Human Rights Arts Festival

Info: Artwork will be on display until the end of the month; visit human-family.org for more information.

This article is part of a content partnership with The Arts Partnership, a nonprofit organization cultivating the arts in Fargo, Moorhead and West Fargo. For more information, visit http://theartspartnership.net.