This article was originally published by the InForum on October 27, 2020. You can access the original article here.

“The Dakota Entrapment Tapes” is expected to show how law enforcement recruited a North Dakota college student as a drug informant, with parents claiming that led to his death. 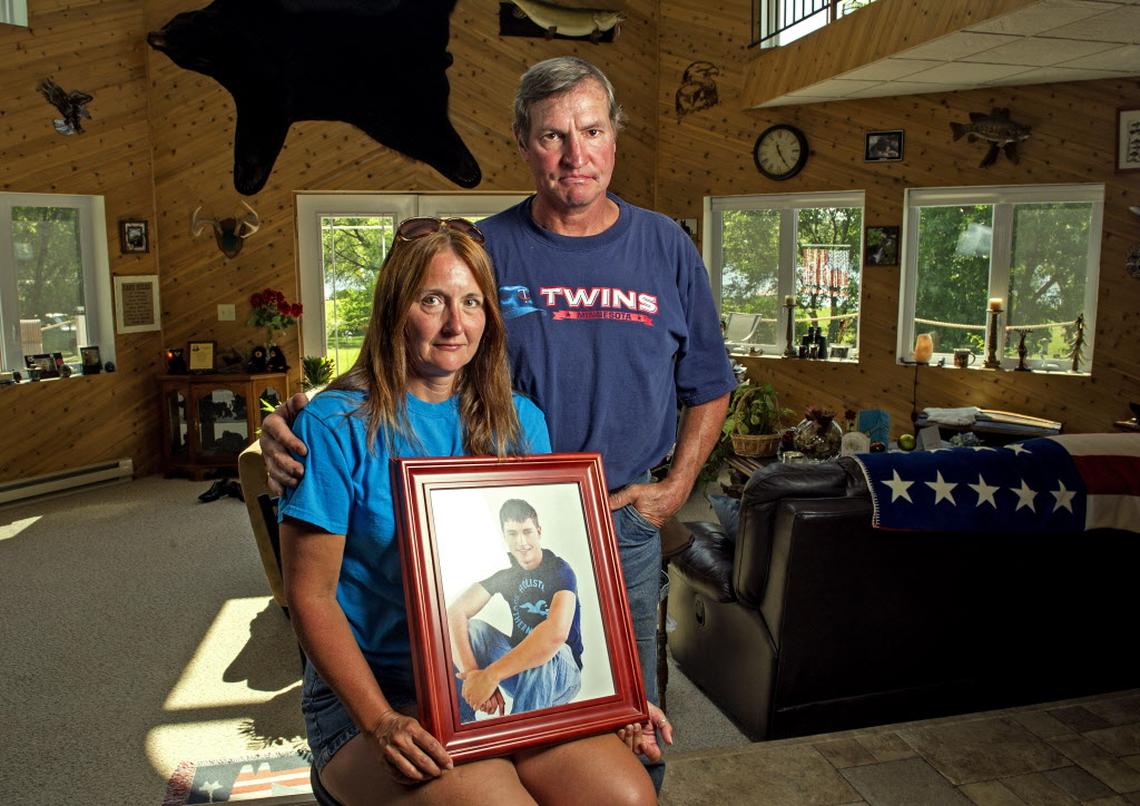 FARGO — A documentary pulling together the events leading up to a North Dakota college student’s death after he became a confidential drug informant will premiere next month at a North Dakota film festival.

“The Dakota Entrapment Tapes,” directed by Trevor Birney, aired Tuesday, Oct. 27, on streaming service Sundance Now. The film about 20-year-old Andrew Sadek, whose parents believe was killed more than six years ago because he was recruited to work as a confidential drug informant, also will show Nov. 8-15 at the North Dakota Human Rights Film Festival.

“I think that what we do for the first time, we believe, is actually bring the story in its totality together,” Birney said in a video interview from Ireland.

Trailer for “The Dakota Entrapment Tapes”

Andrew Sadek’s body was found with a gunshot wound to his head on June 27, 2014, in the Red River near Breckenridge, Minn., almost two months after he walked away from his dorm at the North Dakota State College of Science in Wahpeton.

Officials did not determine whether he killed himself or was shot by someone else.

Sadek’s parents filed a wrongful death lawsuit against Richland County and Sheriff’s Deputy Jason Weber. The student disappeared on May 1, 2014, the same day Weber set a deadline for the student to buy drugs.

“It wasn’t about the monetary money,” Andrew Sadek’s mother, Tammy, said. “We just wanted some answers.”

Birney’s team started to look at how governments deal with informants around the world, and they kept coming back to Andrew Sadek’s case, he said.

“We felt that there was just something about how his innocence was taken from him in this case and how he was treated,” he said.

The director said he felt law enforcement and NDSCS were not transparent with the family at their most vulnerable.

“They put up brick wall after brick wall,” Birney said. “They didn’t want to tell us their side of the story. … I think they realized there is no way to defend the indefensible.”

Evidence has never connected Andrew Sadek’s death to his work as a confidential informant, said Corey Quinton, who represented Richland County and Weber in the lawsuit. The North Dakota Supreme Court upheld a lower court’s decision to dismiss the case.

“The media in general, and particularly filmmakers, can take whatever license they want with the facts for entertainment purposes,” Quinton said. “This whole story has legs only because of the media, in my opinion.”

“Andrew Sadek is dead as a result of (law enforcement’s) actions, no doubt in my mind,” the director said.

He criticized NDSCS President John Richman, stating the school leader could have prevented law enforcement from going after Andrew Sadek and other students.

Richman declined an interview for the film, citing an ongoing investigation regarding Andrew Sadek’s death. He was unavailable for an interview on Tuesday.

“It is not within the legal realm for NDSCS to intervene with law enforcement investigations,” Richman said in a statement to The Forum. “NDSCS strives to provide a safe living and learning community by reducing students’ high‐risk choices and illegal activities.”

Andrew Sadek’s story has produced protections for confidential informants in the form of a North Dakota law. Parents have reached out to the Sadeks saying the case helped their students question law enforcement tactics in recruiting them as informants, his mother said.

“It’s also people who have been working as a confidential informant and want to get out, and they need to know how to do that,” she said, adding “it warms my heart” to hear the impact of her son’s case.

She said she wants students to realize they can ask for help in these types of situations, even though they think they may be bulletproof.

For those who watch the documentary, Birney said he wants people to get angry and raise questions.

For more information on “The Dakota Entrapment Tapes” or the film festival, go to ndhrff2020.eventive.org/welcome.