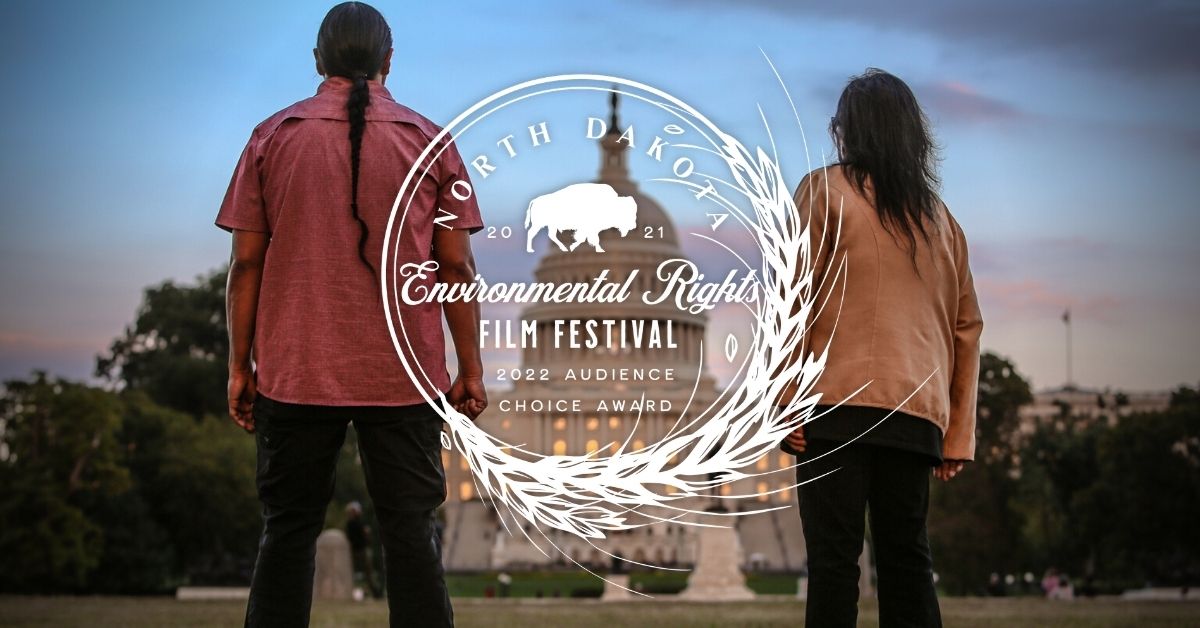 In 2016, the world turned its eyes to the people of Standing Rock as they formed a coalition of unprecedented magnitude to defend their land and water from the threat of the Dakota Access Pipeline. An inflection point for human rights and environmental justice, the #NoDAPL struggle became a rallying cry for Indigenous people everywhere to take a stand against the myraid injustices committed against them for centuries.

Oyate elevates the voices of Indigenous activists, organizers, and politicians as they offer their perspective on that complicated history, contextualize the #NoDAPLE movement, illuminate the interconnectivity between the issues facing Indian Country today, and look towards a more sovereign and sustainable future for their people.

The Audience Choice Award is determined by votes cast by attendees of the festival. 2022 is the second year of the award.

Learn more about the festival at www.NDERFF.org. Join our monthly eNewsletter to stay up to date about our work and upcoming events that celebrate and promote human rights and social justice.