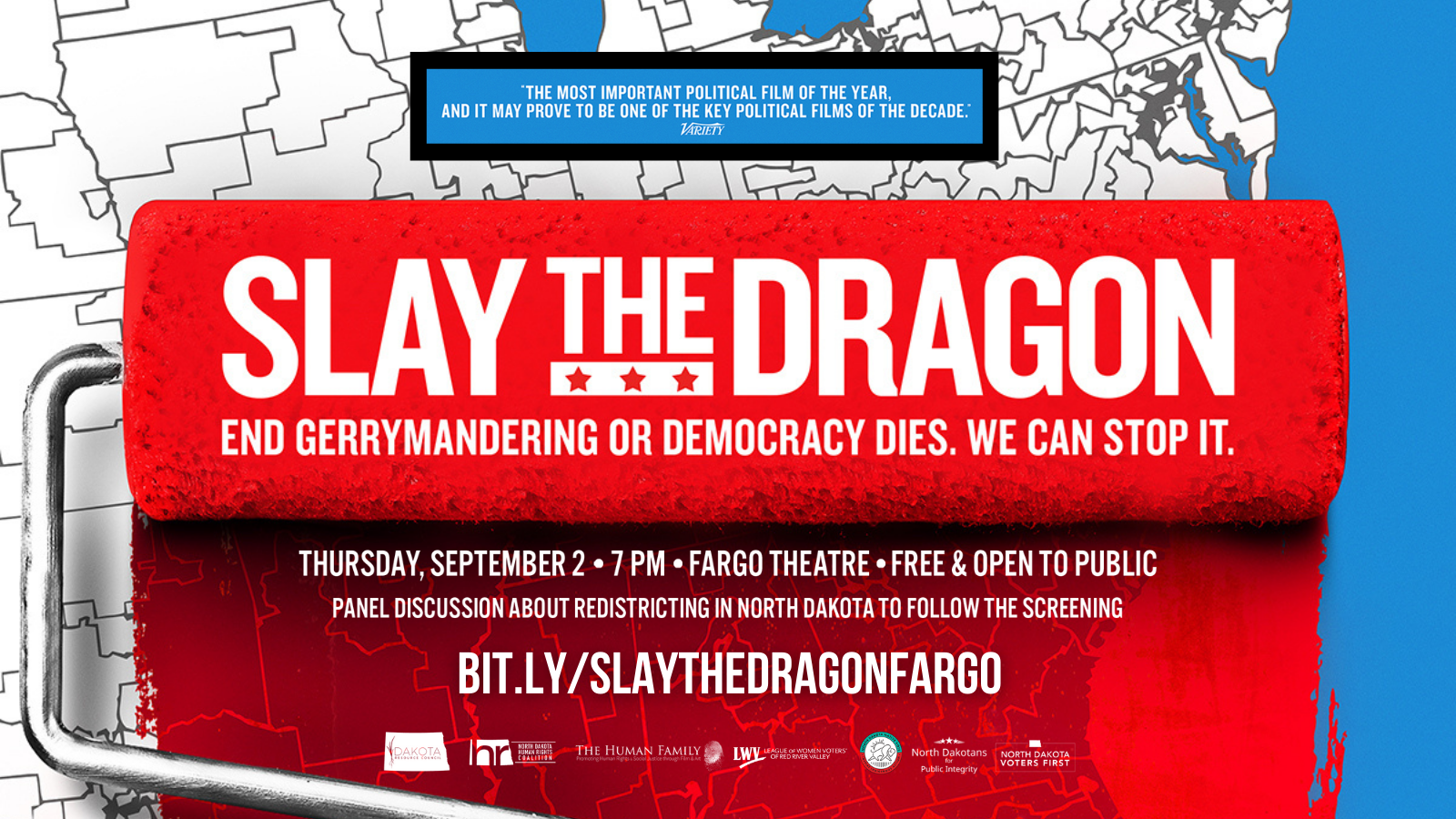 Join The Human Family for two special screenings of what Variety calls, “the most important political film of the year.”

A high-tech gerrymandering initiative launched 10 years ago threatens to undermine our democracy. SLAY THE DRAGON follows everyday people as they fight to make their votes matter.

Trailer for Slay the Dragon

After the 2008 election, a secretive, well-funded partisan initiative poured money into state legislative races in key swing states to gain control of their redistricting processes and used high-tech analytics to dramatically skew voting maps based on demographic data. The result is one of the greatest electoral manipulations in U.S. history, one that poses a fundamental threat to our democracy and exacerbates the already polarized atmosphere in Congress and statehouses across the country.

Gerrymandering, the practice of redrawing electoral maps to serve the party in power, has been around for centuries. But in today’s hyperpartisan political environment it has been taken to unprecedented extremes, fueled by the elimination of corporate campaign contribution limits and the availability of vast amounts of personal information.

The effects of this audacious plan have continued to bear fruit through the 2018 midterms. But voters, fed up with cynical efforts to sidestep the will of the majority, have begun fighting back. In one example, a grassroots movement led by a young woman with no political experience gathered hundreds of thousands of signatures to put an anti-gerrymandering initiative on the ballot in Michigan.

SLAY THE DRAGON shines a light on this timely issue and follows a handful of citizens’ groups, outraged by what they see as an attack on the core democratic principle that every person’s vote should count equally, as they battle party operatives and an entrenched political establishment to fix a broken system.