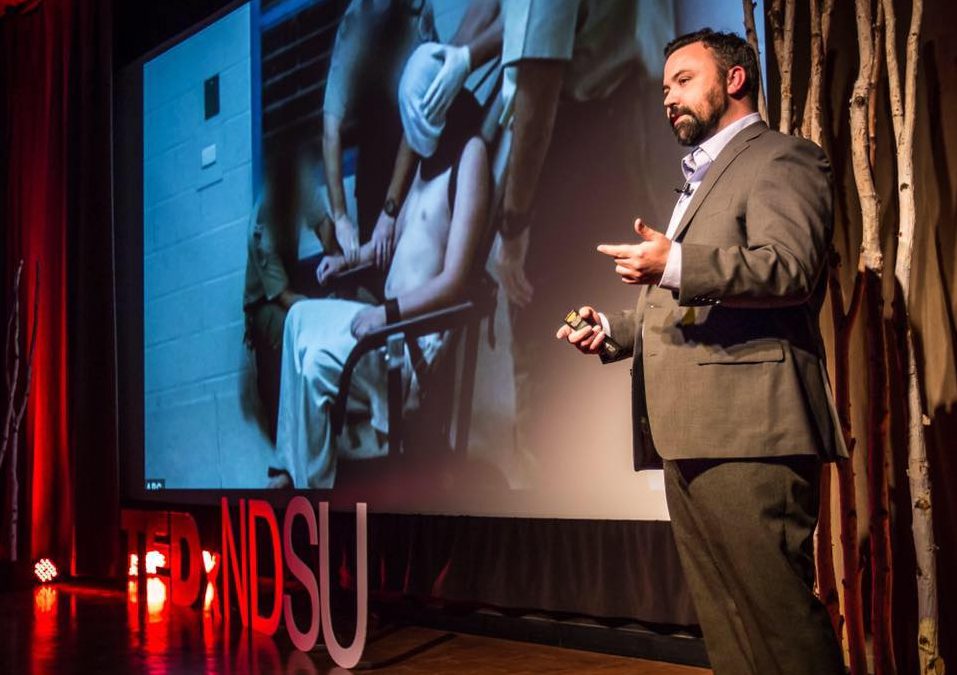 F5 Project was founded in 2016 by Adam Martin, a former inmate. Martin also acts as the organization’s President. After serving time and realizing the lack of services once released from prison, Martin realized that if communities were unable to help break the cycle in an individual’s life that led them to crime, the community would fail.  If a community was able to provide continued support when returning citizens leave confinement, the community has a greater chance of positively impacting a former inmate’s life by leveling barriers.  That benefits both the community, as well as the former offender.

“Those Among Us: The Human Rights Champions of North Dakota Volume 1” is a multi-disciplinary media project documenting the human rights and social justice champions of North Dakota. Through portrait photographs, essays written by the participants and video interviews capturing discussions about the motivation behind and the importance of their work, “Those Among Us” strives to create a historical record of the important work currently taking place in North Dakota.

“Those Among Us: the Human Rights Champions of North Dakota” is supported by Nostalgic Glass Wet Plate Studio, the North Dakota Human Rights Coalition and The Human Family, a nonprofit organization dedicated to the creation, support, promotion and distribution of human rights and social issue-based projects in North Dakota. For more information about “Those Among Us,” contact Executive Producer Sean Coffman at [email protected] or visit the project’s website, www.thoseamongusnd.com.