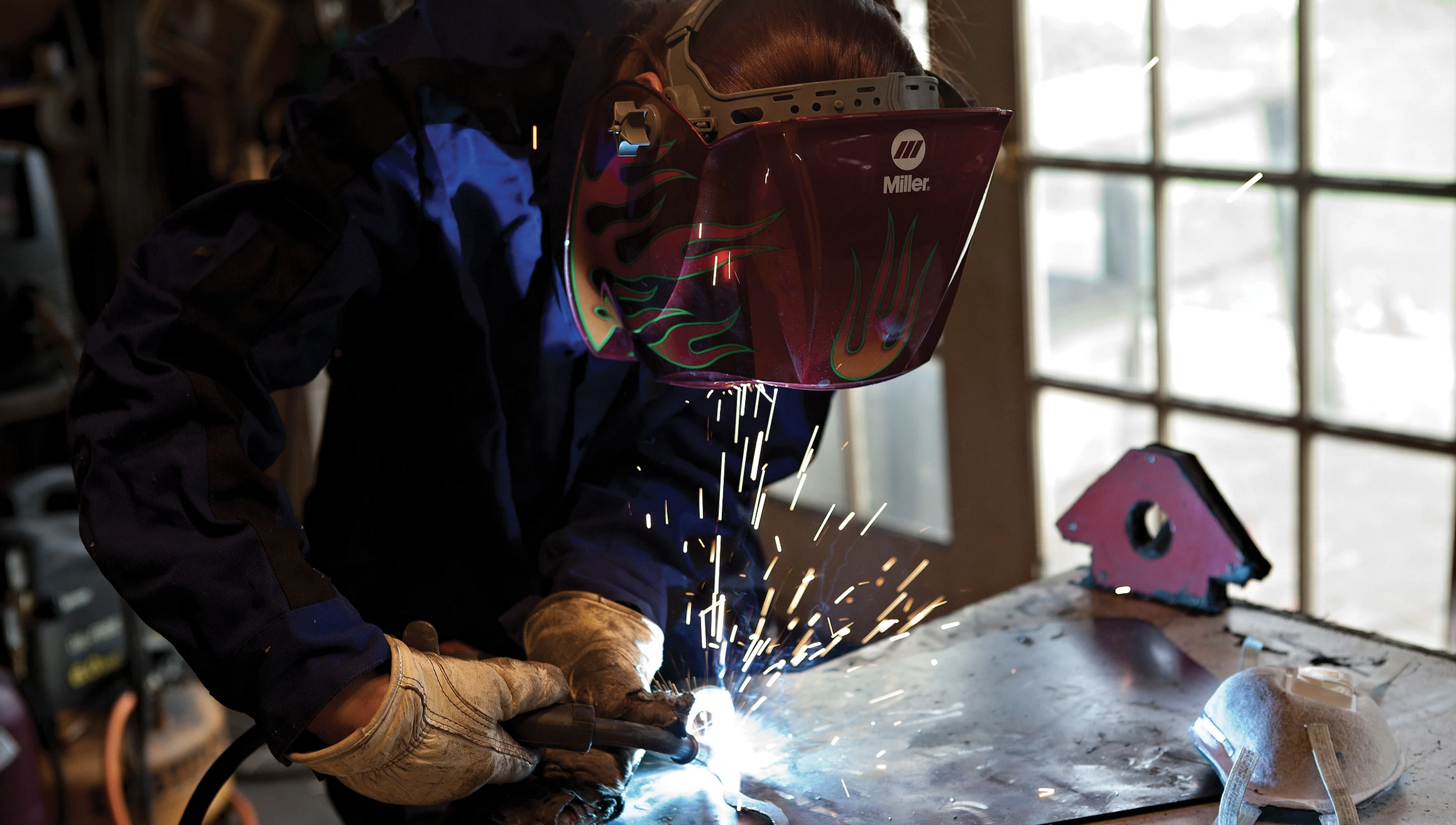 FARGO, N.D. (Sept. 13, 2017) – Artist and metal sculptor Karman Rheault has been commissioned by the North Dakota Human Rights Film & Arts Festival (NDHRFF) to create two unique “Best Of” awards for the festival. Juries for the festival will select an individual film an individual art submission as the recipients of the awards. The awards were made possible by a grant from the Fargo Human Relations Commission.

Karman Rheault is a noted artist and metal sculptor and a leader in the regional art scene. Her distinctive metal sculptures have been a favorite at Gallery 4, a cooperative of some of the region’s top area artists in the Fargo-Moorhead art scene for many years.

Rheault served as Gallery 4’s President for 8 years, served on the Board of Directors for Lake Agassiz Art Council and the Fargo Public Arts task force, was Director of the Moorhead River Arts Artists Market, and founded and managed The Log Cabin Gallery in Moorhead. She has sold her work to private collectors all over the world. Rheault’s passion for creating new and interesting works has had her working in several different mediums in the past twenty-five years including ceramics, painting, jewelry and sculpture. However, the past decade her favorite tools have been a plasma cutter and welder which she uses to create flowing 3-dimensional steel and mixed media sculptures.

A native of Bismarck, ND, Karman Rheault received her art education from Moorhead State and Southern Illinois University. Her home and studio are in rural Moorhead, MN.

“Karman’s work is breathtaking,” said Sean Coffman, chairman of the festival. “These pieces are more than awards. They’re unique, handmade works of art that embody the spirit and passion of humanity. We’re thrilled to recognize the achievement of the artists at the festival with Karman’s work, and very thankful to the Fargo Human Relations Commission for helping to make this possible.”

Click here for a PDF version of this News Release.