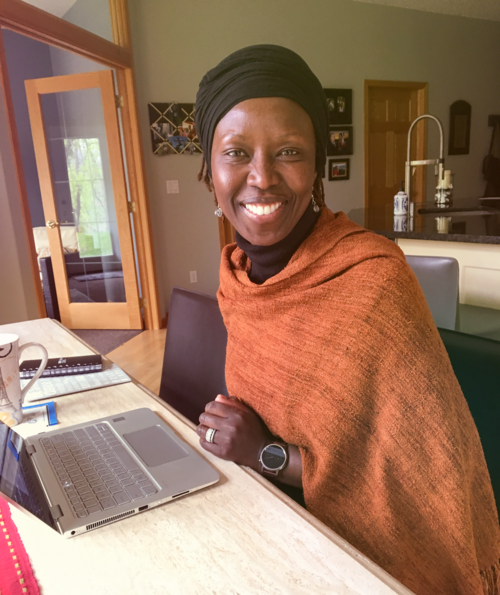 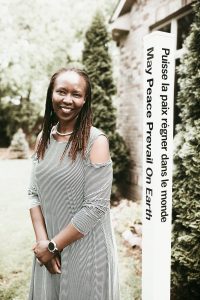 Teacher, learner, social justice activist, and strong advocate for community involvement, service and inclusion, Laetitia uses her life and work experiences to make connections with others, no matter where they come from. She hopes to help others find similarities between one another no matter their life story or background.

A native of tropical but politically unstable Burundi, Laetitia fled Burundi and several other countries for safety. During her travels, she was solely responsible for four of her siblings and her own family as they searched for a safe place to live. Laetitia immigrated to the United States of America as a refugee, and finally found a home in Fargo.

Laetitia founded UBUNTU Consulting in 2016. Through UBUNTU, Laetitia uses her personal life and her 25 years of professional experience to bridge cultures and languages to connect people. The organization educates new immigrants and mainstream communities on each entity’s role in successful integration. UBUNTU seeks to bridge the gaps between different cultures with knowledge to create trust and harmonious relationships. Laetitia works to combat the lack of information that leads to fear and divisive beliefs between fellow human beings.

Laetitia believes that when people learn about other cultures, they will see the richness our diverse humanity brings to each individual.

“Those Among Us: The Human Rights Champions of North Dakota Volume 1” is a multi-disciplinary media project documenting the human rights and social justice champions of North Dakota. Through portrait photographs, essays written by the participants and video interviews capturing discussions about the motivation behind and the importance of their work, “Those Among Us” strives to create a historical record of the important work currently taking place in North Dakota.

“Those Among Us: the Human Rights Champions of North Dakota” is supported by Nostalgic Glass Wet Plate Studio, the North Dakota Human Rights Coalition and The Human Family, a nonprofit organization dedicated to the creation, support, promotion and distribution of human rights and social issue-based projects in North Dakota. For more information about “Those Among Us,” contact Executive Producer Sean Coffman at [email protected] or visit the project’s website, www.Human-Family.org.