The following article was published in print and online in the High Plains Reader on November 8, 2017. You can find the original article online here.

An impressive collection of visual art and fiction and nonfiction movies can be seen by the public during the inaugural North Dakota Human Rights Film and Arts Festival. HPR film editor Greg Carlson talked to organizer Sean Coffman about the events. 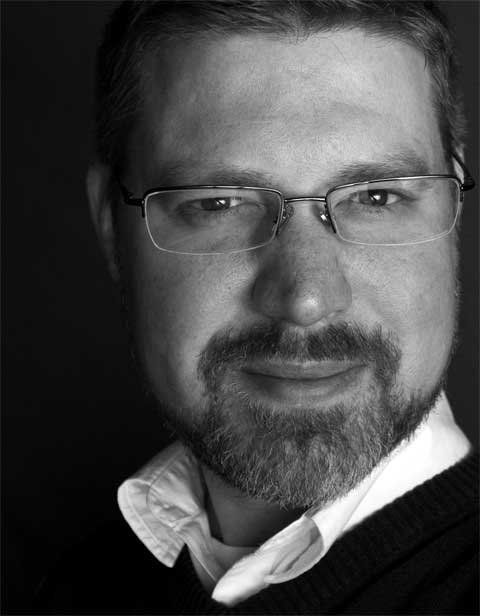 HPR: For people who may not know you, can you describe your background and your role as executive director of the Human Family?

Sean Coffman: The Human Family is a new 501(c)(3) in North Dakota, founded in March of 2017. The mission of the organization is to promote human rights and social justice issues through film and art. Our goal is to educate, engage, and facilitate discussion in our communities around local or worldwide human rights issues.

My role as Executive Director is not unlike the role of Executive Producer or Producer on a film set: I identify the various projects we’ll create or support, establish those project’s budgets, find and establish funding, and assemble the creative team to help bring those projects to life.

HPR: This is the inaugural year of the Human Rights Film and Art Festival. How long has the planning taken?

Sean Coffman: We started planning the festival in November 2016, so a year ago. We made the announcement in December 2016, and started accepting submissions in February of 2017.

The genesis behind the festival was the media documentation taking place during the peaceful resistance at Standing Rock. There was such an influx of still photography, documentary video production, and art creation that we recognized the need to provide a forum for these filmmakers and artists to share these stories so they weren’t lost to time or other distractions.

In this part of the country, there isn’t a regularly held film or arts festival dedicated directly to human rights and social justice. The closest is in Boulder, Colorado or Chicago, Illinois.

HPR: The lineup of movies features stories that range from the regional to the international, past and present. How did you and your team go about finding and programming the films?

Sean Coffman: I think the need for a forum to share these stories was proven to be true, because the filmmakers found us. We established a submission portal for films on Film Freeway for filmmakers to share their work. Inside of a few days, submissions started to come in from around the world.

In the end, we had 118 submissions from 29 different countries. Over 76 hours of content was shared from narrative, documentary, experimental or student filmmakers working in human rights.

HPR: Which movie are you most looking forward to seeing with an audience?

Sean Coffman: That’s a tough one. My personal favorite is India’s first LGBT silent film and the jury’s choice for Best Narrative Short, “Sisak.” For me, the film embodies the definition of cinema. The writing and storytelling, the cinematography, the score, the acting, the directing, the human rights message; everything about this film is so incredibly well done.

In terms of seeing with an audience, I’d have to say “No Reservations.” Screening Friday evening, the film takes a satirical approach to the issue of corporate oil companies and oil transfer pipelines. The film swaps the narrative, and has an indigenous oil company putting an oil pipeline through a suburban white neighborhood. It’s poignant, relevant and intentionally humorous as the narrative works its way through the important topics specifically impacting North Dakota today.

That same evening is the discussion “Reflections of Standing Rock,” and filmmakers Myron Dewey, Floris White Bull, and Margaret Landin will be part of a panel moderated by NDSU professor Dr. Michael Yellow Bird. As the year anniversary of the the peaceful resistance to the Dakota Access Pipeline takes place, this will be the first time filmmakers have been gathered in Fargo to share their experiences from the front lines of the resistance. I think it will be an incredibly powerful and important evening for everyone.

HPR: What is the human rights issue you think about the most?

Sean Coffman: Globally and locally, the issue I think about most is humanity’s inability to learn from its past. We are continually persecuting and subjugating individuals on the basis of their race, creed, culture, religion, sexual identity or political affiliation.

HPR: What inspires you?

Sean Coffman: I’m inspired daily by the human rights and social justice activist working to ensure that the protections afforded by the United Declaration of Human Rights are provided.

In North Dakota, I’m working daily with individuals who are giving everything they have — time, resources — to ensure that other people have what they need. In today’s current political climate, that’s a rare thing.

And an unintentional byproduct of the festival is the friendships I’m making with filmmakers from around the world. I’m talking with people from India, China or Iran on the phone, and we’re able to find common ground through art.

United Arab Emirates filmmaker Dia Zaiem, whose work “Forgotten” will screen on Wednesday evening, said to me, “The fact that this film has been accepted in the U.S. shows that politics can’t limit the art.”