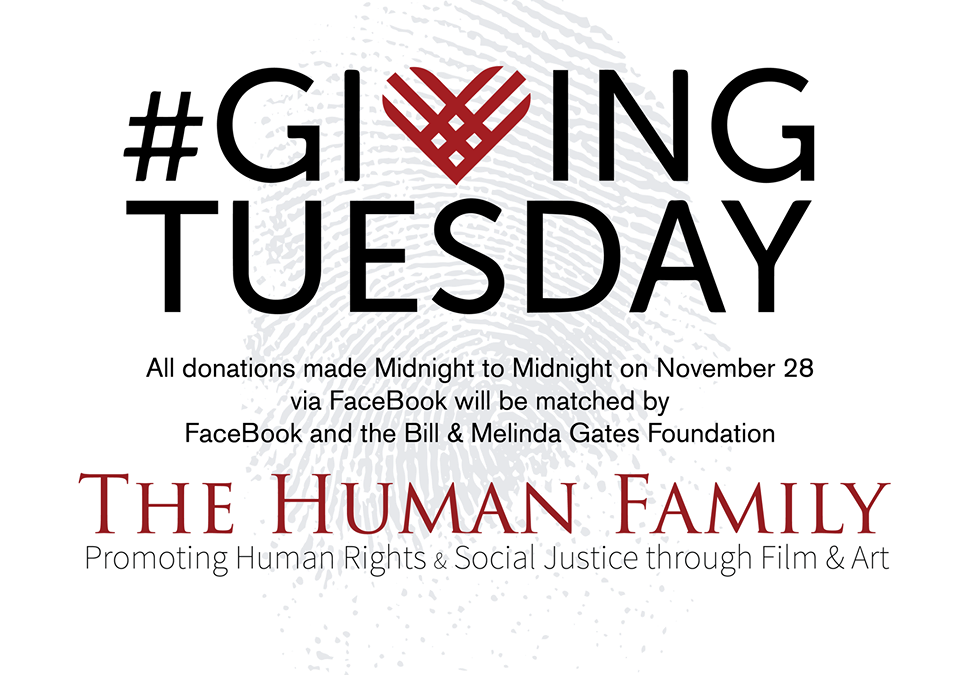 For the first time ever, The Human Family is joining non-profits around the globe in #GivingTuesday! After Black Friday and Cyber Monday, #GivingTuesday is a global movement which kicks off the charitable giving season.

This year, The Human Family is hoping to raise $900. Every donation made to the The Human Family via FaceBook midnight to midnight on Tuesday, November 28, 2017 will be matched through a partnership with the Bill and Melinda Gates Foundation.

Would you consider a donation to help support the North Dakota Human Rights Film & Arts Festival, Those Among Us and upcoming North Dakota Aware Film and Panel series, which kicks off with the Echoes of Incarceration Screening & Panel Discussion?

Thanks so much for supporting human rights through film and art!

Help promote #HumanRights and #SocialJustice in #NorthDakota through film and art by making a donation to the Human Family on #GivingTuesday.