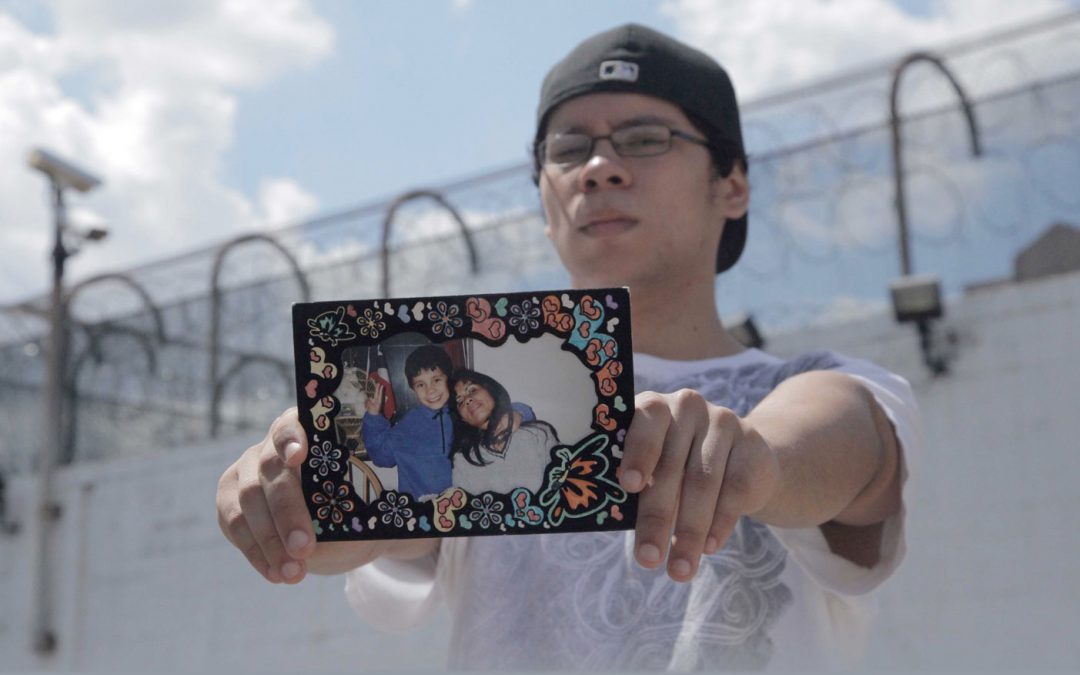 FARGO, N.D. (December 4, 2017) – The first North Dakota Aware Film and Panel Series event will take place on Tuesday, December 5, 2017 with the screening of “Echoes of Incarceration”. The documentary film series will be screened at the Fargo Theatre in downtown Fargo, and will be followed by a panel discussion. Two North Dakota nonprofits, The Human Family and F5 Project, are teaming up to foster awareness and encourage discussion in the community around the impact of incarceration on families.

“Echoes of Incarceration” is an award-winning documentary initiative produced by youth with incarcerated parents.  The project explores the issue of mass incarceration and its effects on families, and creates documentary films told from the life experiences of the filmmakers themselves. The project seeks to train and empower young people to tell their stories and advocate for change. To date, the films have screened thousands of times in universities, prisons, and national conferences, and the filmmakers have partnered with Sesame Street, Upworthy, and screened our work at the White House.

Six mini-documentaries will be screened and will be followed by a panel discussion moderated by Adam Martin of the F5 Project. The panel discussion will include the personal stories, reflections and experiences of local individuals who grew up while their parents were incarcerated, and the reflections of individuals who missed key parts of their children’s lives as a result of being incarcerated. “It’s a very important topic,” said Adam Martin, Founder and CEO of F5 Project. “Approximately one in 110 white children, one in 15 black children, and one in 41 Hispanic children have a parent who is incarcerated.”

Doors open for the event open at 6:30 p.m. each evening. Screenings begin at 7. The event is free and open to the public. Seating is limited and reservations are encouraged. The Fargo Theatre is ADA compliant, and individuals are encouraged to contact the Human Family with accessibility needs. Tickets for “Echoes of Incarceration” are available at the Human Family website, www.human-family.org. Goodwill donations are accepted at the door.

The F5 Project is a 501(c)(3) that helps to coordinate services and provide personal support to formerly incarcerated men and women in order to deter repeat offenses. F5 starts the transition journey through contact while in confinement. Through discussion, motivation, and direct relationship building, inmates are introduced to F5 members and given the opportunity to build the community relationships needed to succeed once they are released from prison.

The mission of the North Dakota Aware Film and Panel Series educate, engage, and facilitate discussion around local human rights topics through film screenings and panel discussions. Screenings and discussions are being scheduled to take place throughout North Dakota. For more information visit the Human Family website, www.human-family.org.

Click here for a PDF version of this press release.