Reggie Tarr, Resettlement Coordinator for Lutheran Social Services of North Dakota, will join the panel discussion “The Immigrant and Refugee Experience” on Thursday, November 8, at the Empire Arts Center during the 2018 The North Dakota Human Rights Film Festival. In the midst of racial tensions in Grand Forks, North Dakota, the panel discussion will focus on dispelling the myths around immigration processes and services, and identify ways the Grand Forks community can become a welcoming community for all who call it home. The discussion will take place after the North Dakota premiere of the feature-length documentary, “This is Home”.

Tarr is the Resettlement Coordinator for the New Americans Services with Lutheran Social Services at the Grand Forks Program Center.  Prior to his promotion, he was a Case Manager for 3 years with the program.

Tarr originally came to Grand Forks as a refugee himself from Liberia in 2003 through the very program that he serves.  He holds a Bachelor Degree in Social Work from the University of North Dakota.  During his time at UND, he served his internship with the New American program. 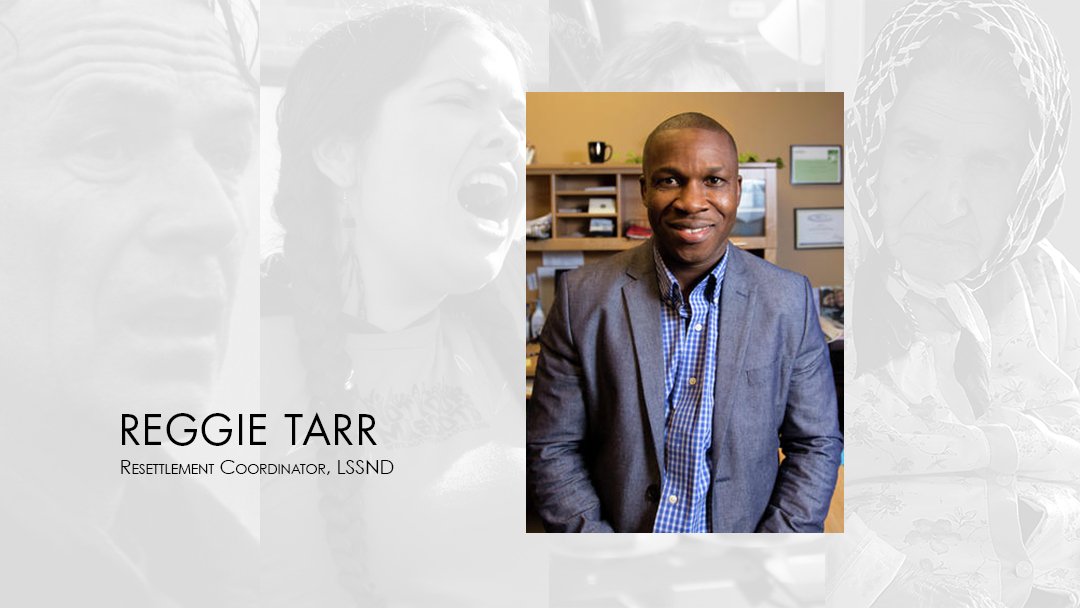 Reginald was the recipient of the Undergraduate Student Civil Engagement Award at the university in 2011 for his involvement with community groups.  He has served on the Board of Directors for Global Friends Coalition, an organization that helps integrate refugees into their new environments.  Additionally, he was the former Chairman of the Liberian Community and is currently the executive of the United African Community in Grand Forks.

Reginald is married and has four children.  The two boys are 23 and 6 years old.  His two daughters are 7 years old and the youngest is 3 years old.