FARGO, N.D. (November 9, 2018) – As part of the The North Dakota Human Rights Film Festival, a public exhibition of the Silent Witness Initiative has opened at businesses and restaurants throughout Downtown Fargo, North Dakota. The exhibition will be on display through Friday, November 16 and culminate in the North Dakota premiere of the film, “1200+“, a feature-length documentary about the Missing and Murdered Indigenous Women and Girls crisis.

The life-size silhouettes of Native American women and children honor and remember those who have been murdered each year in acts of domestic violence. Through their stories and the sharing of documented facts and statistics, the purpose of the project is to bring attention to and raise awareness of domestic violence directed towards Native Women in our community. 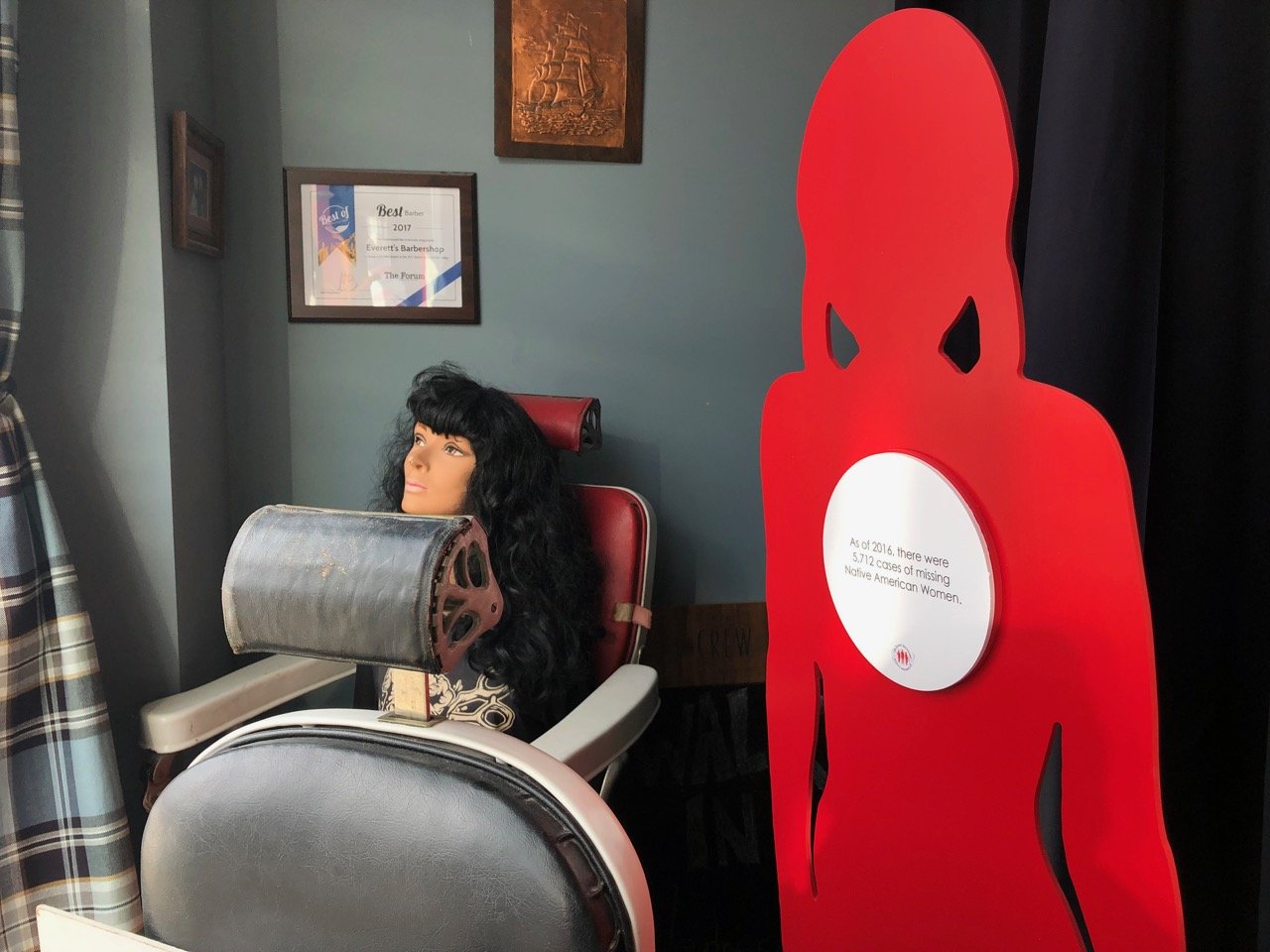 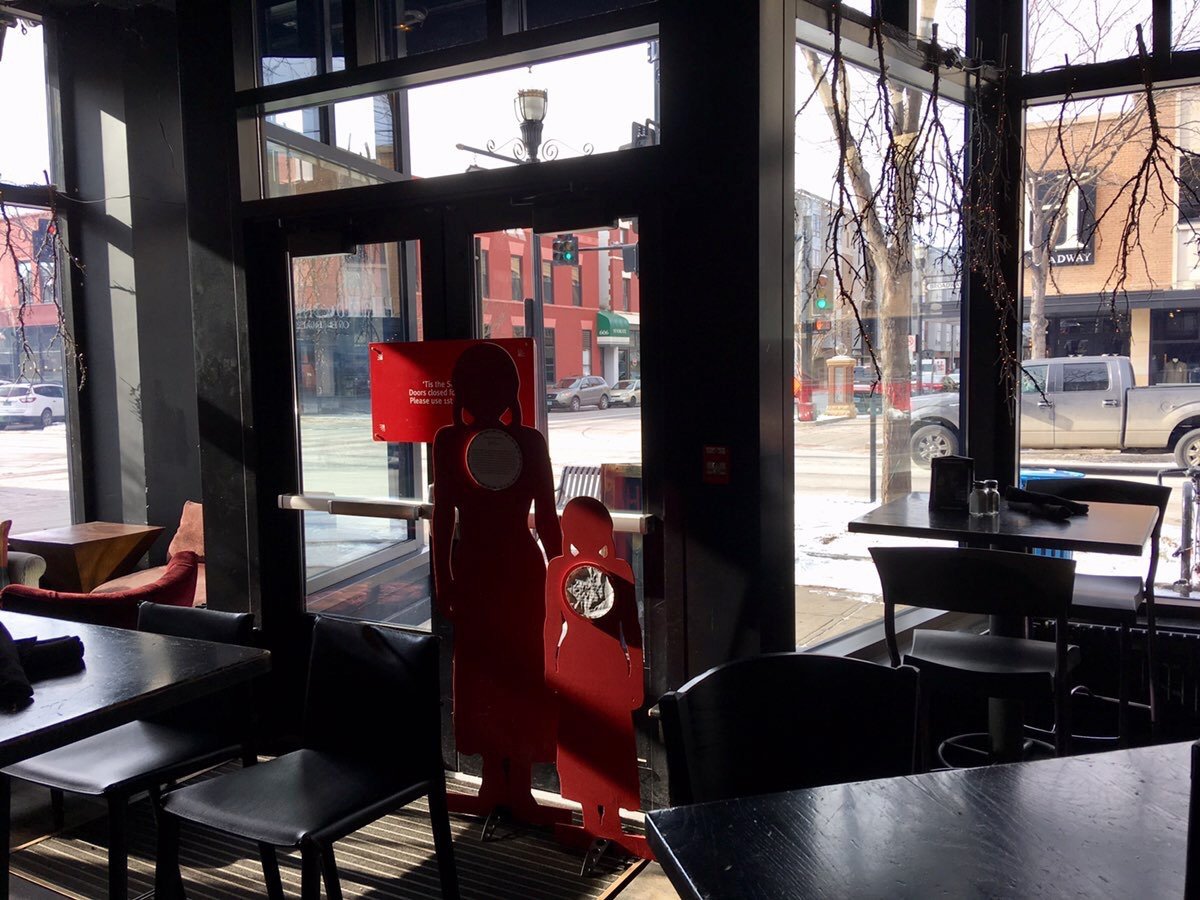 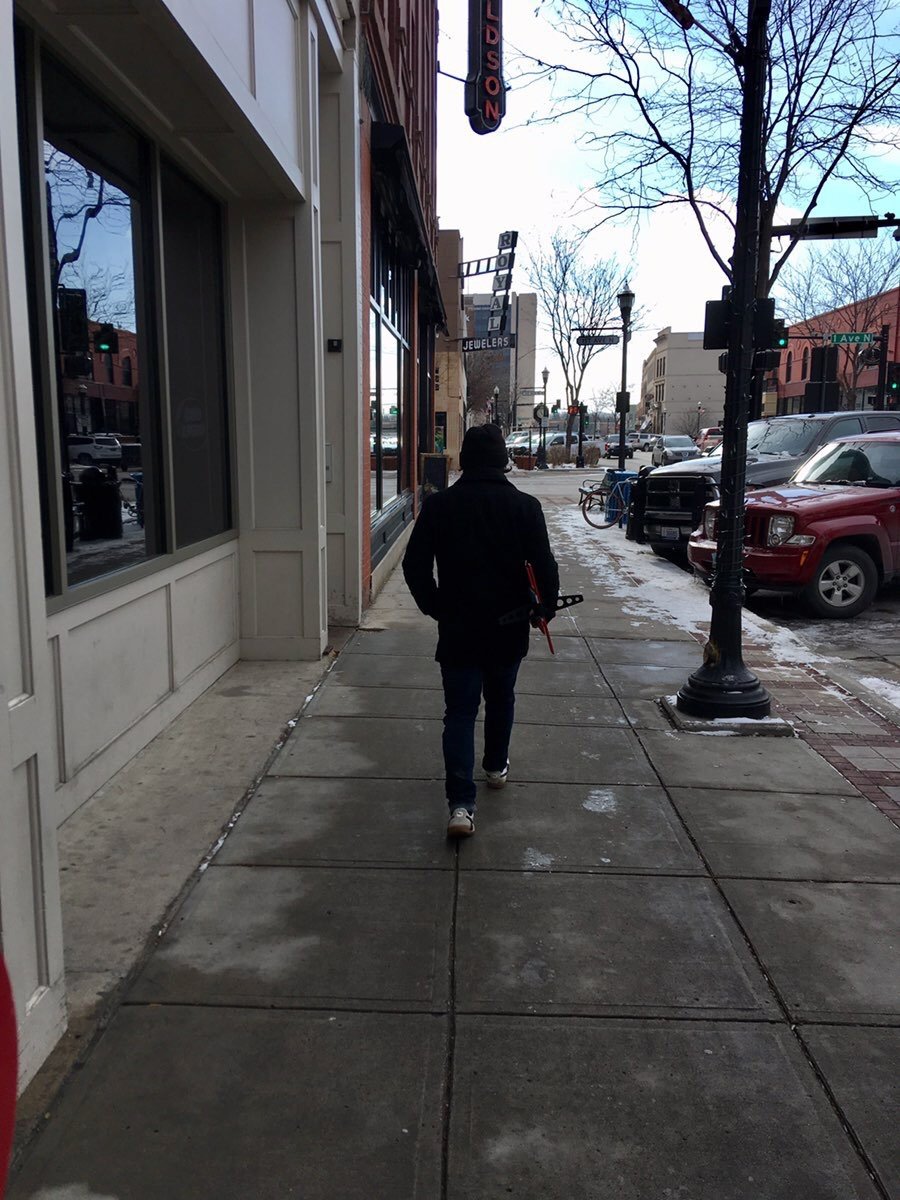 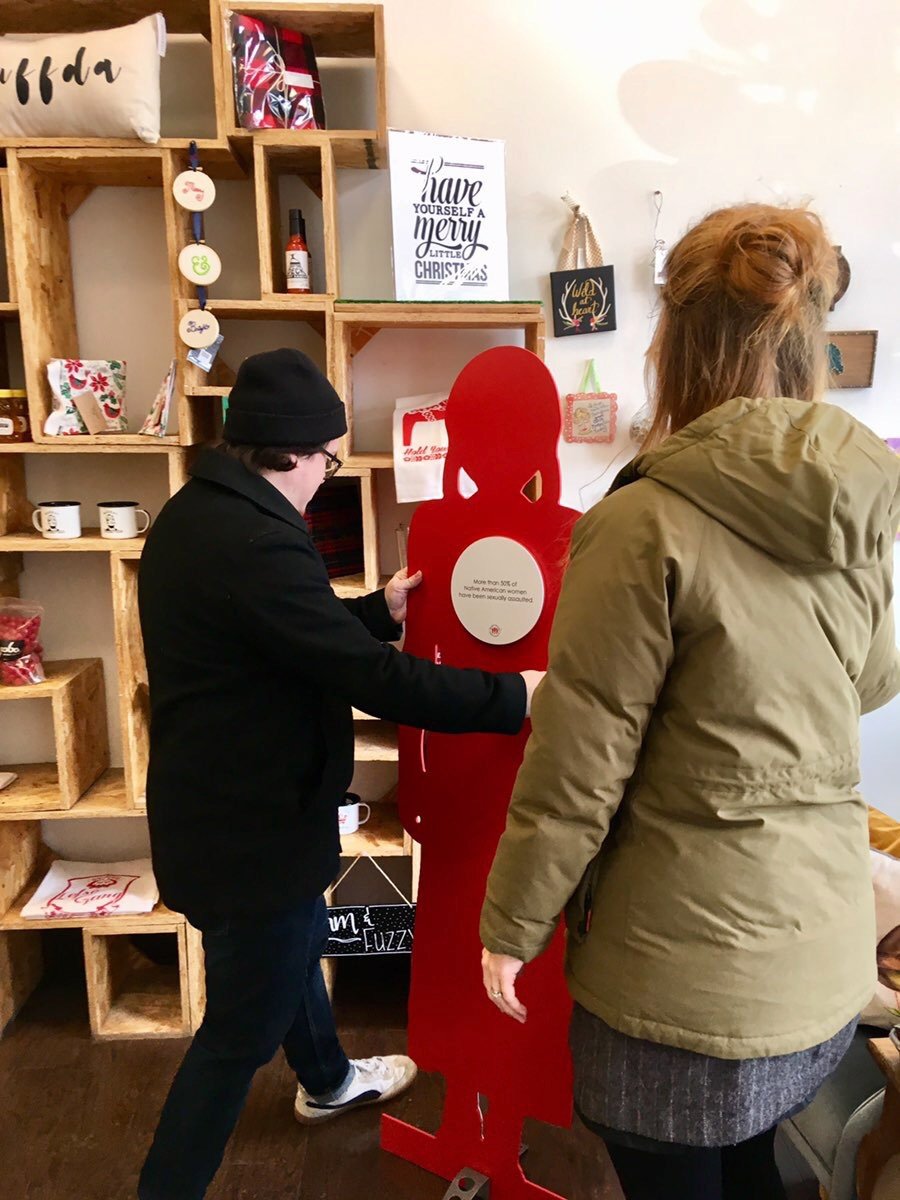 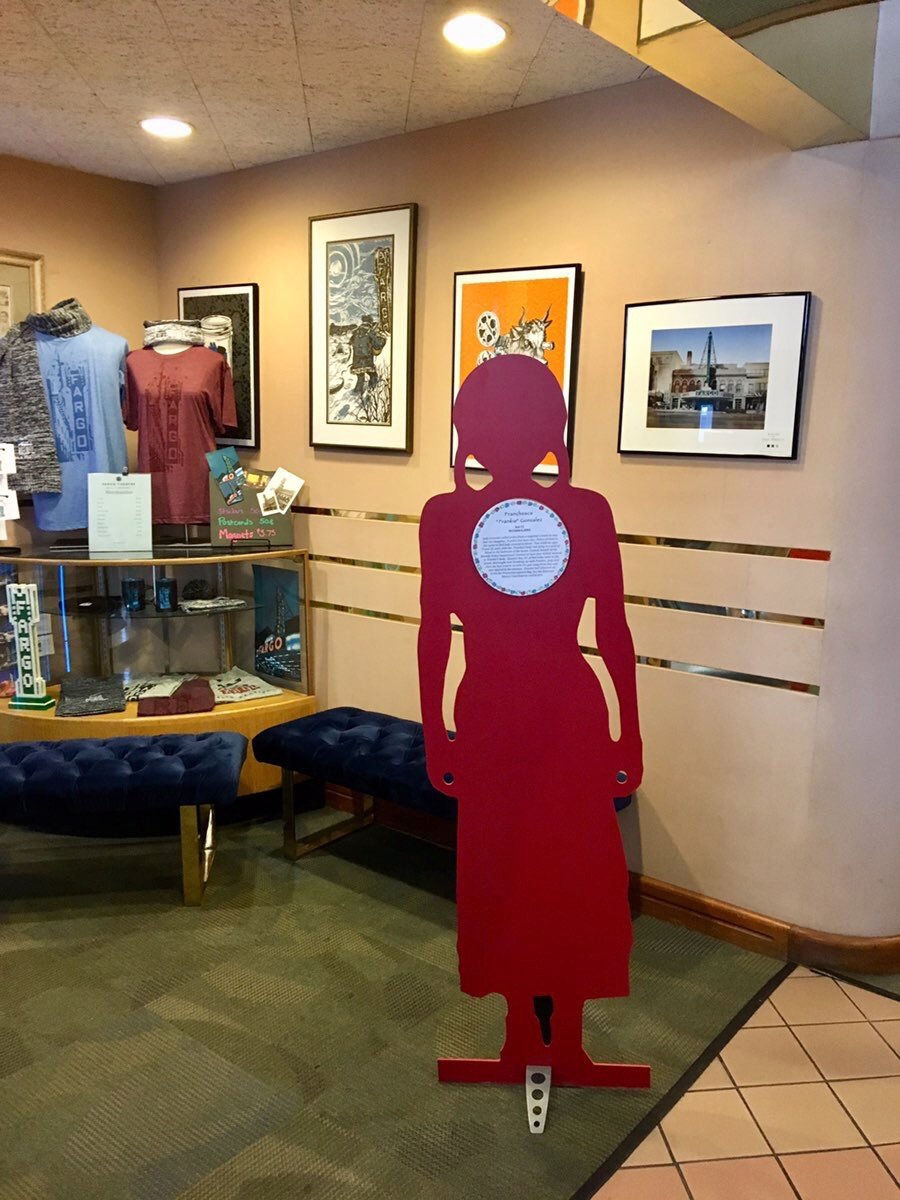 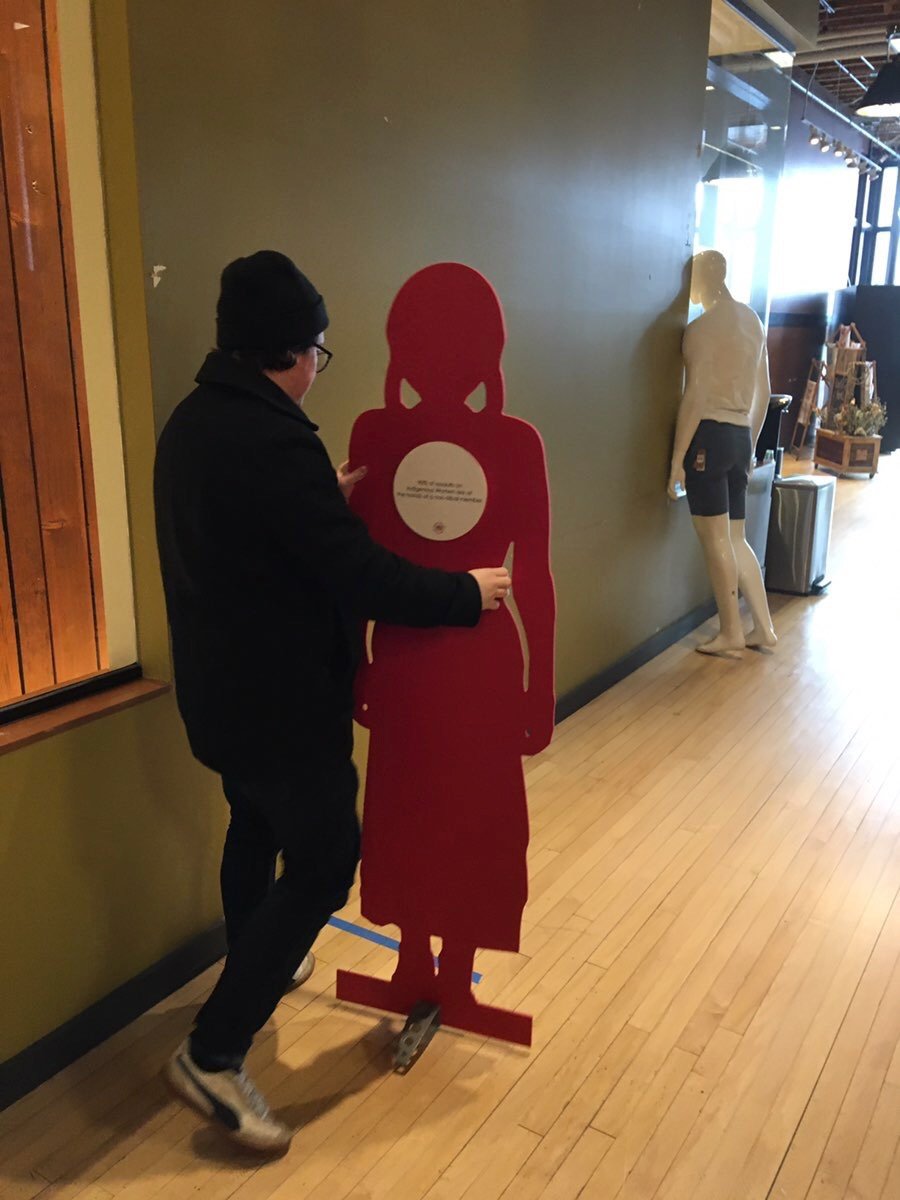 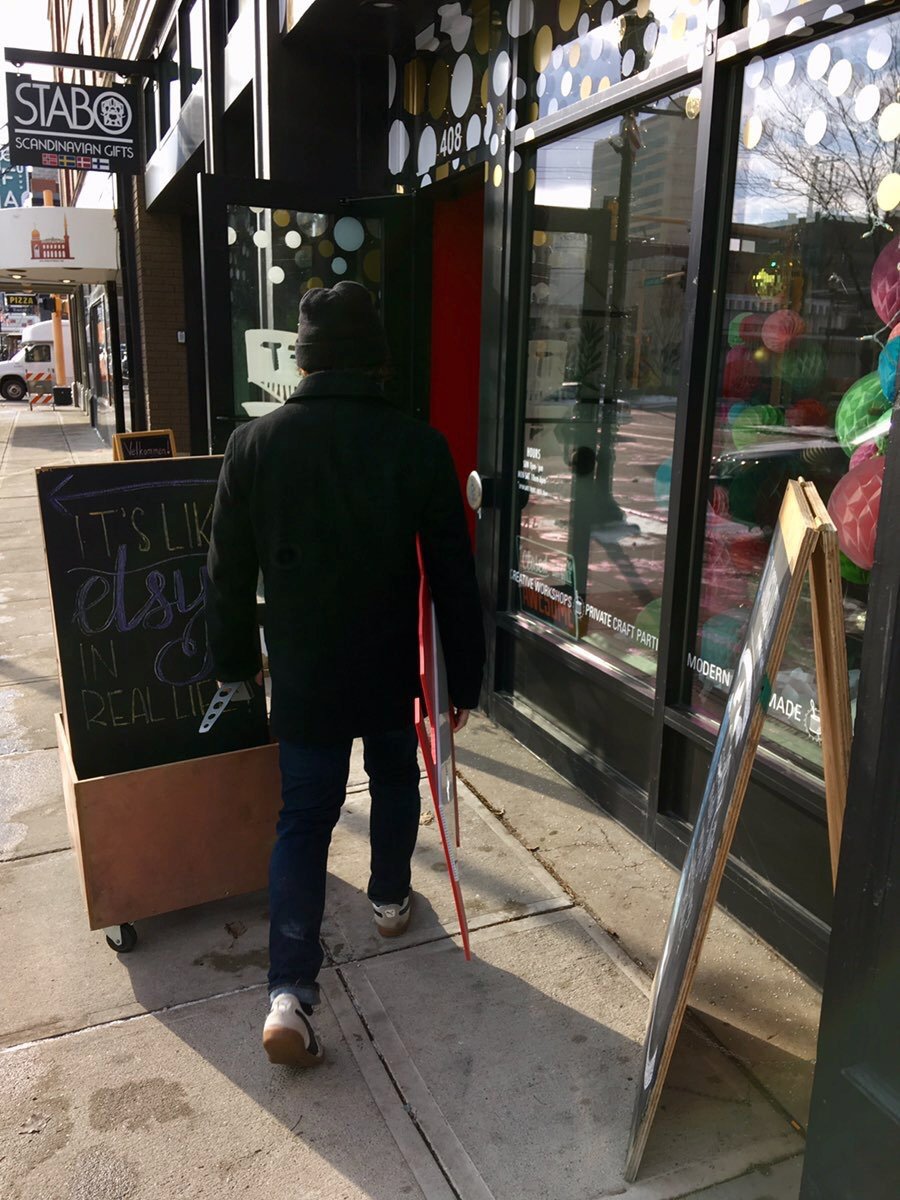 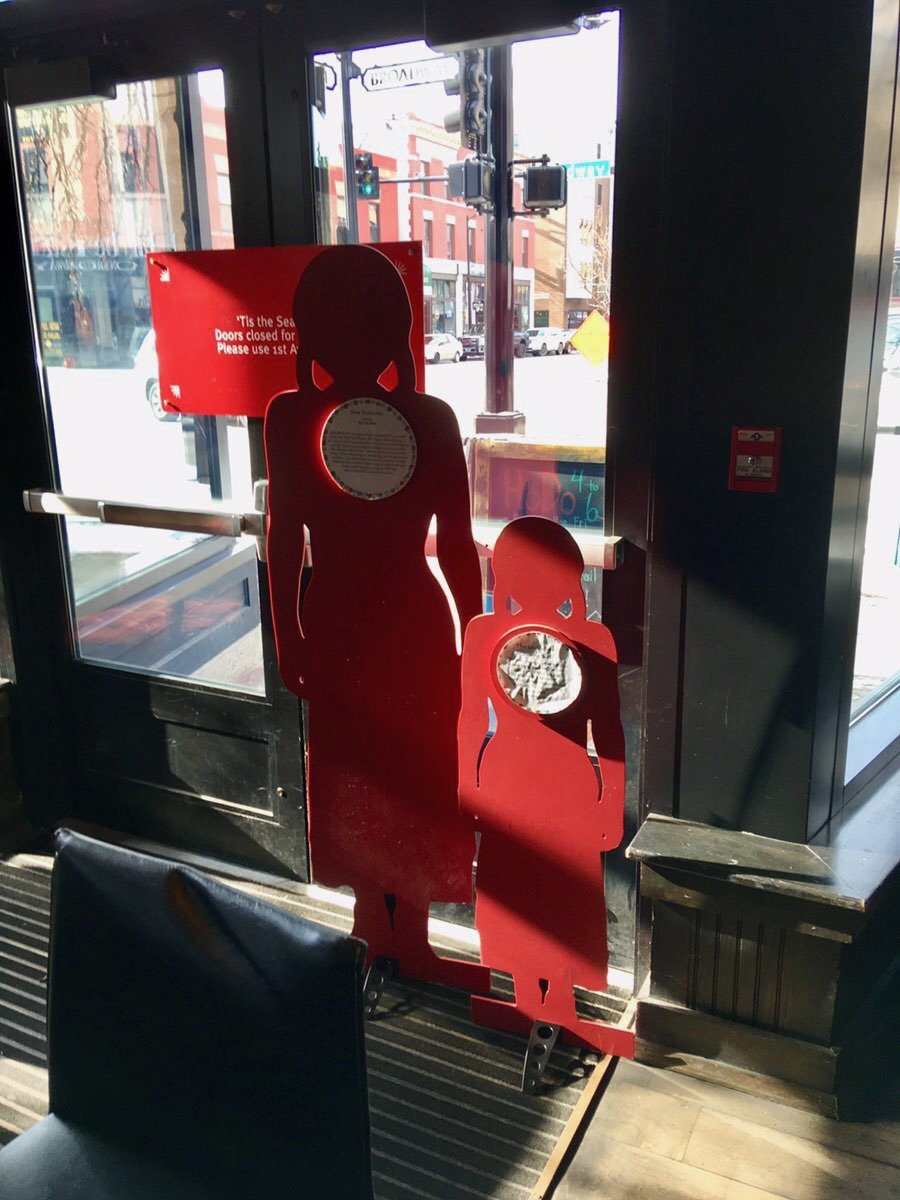 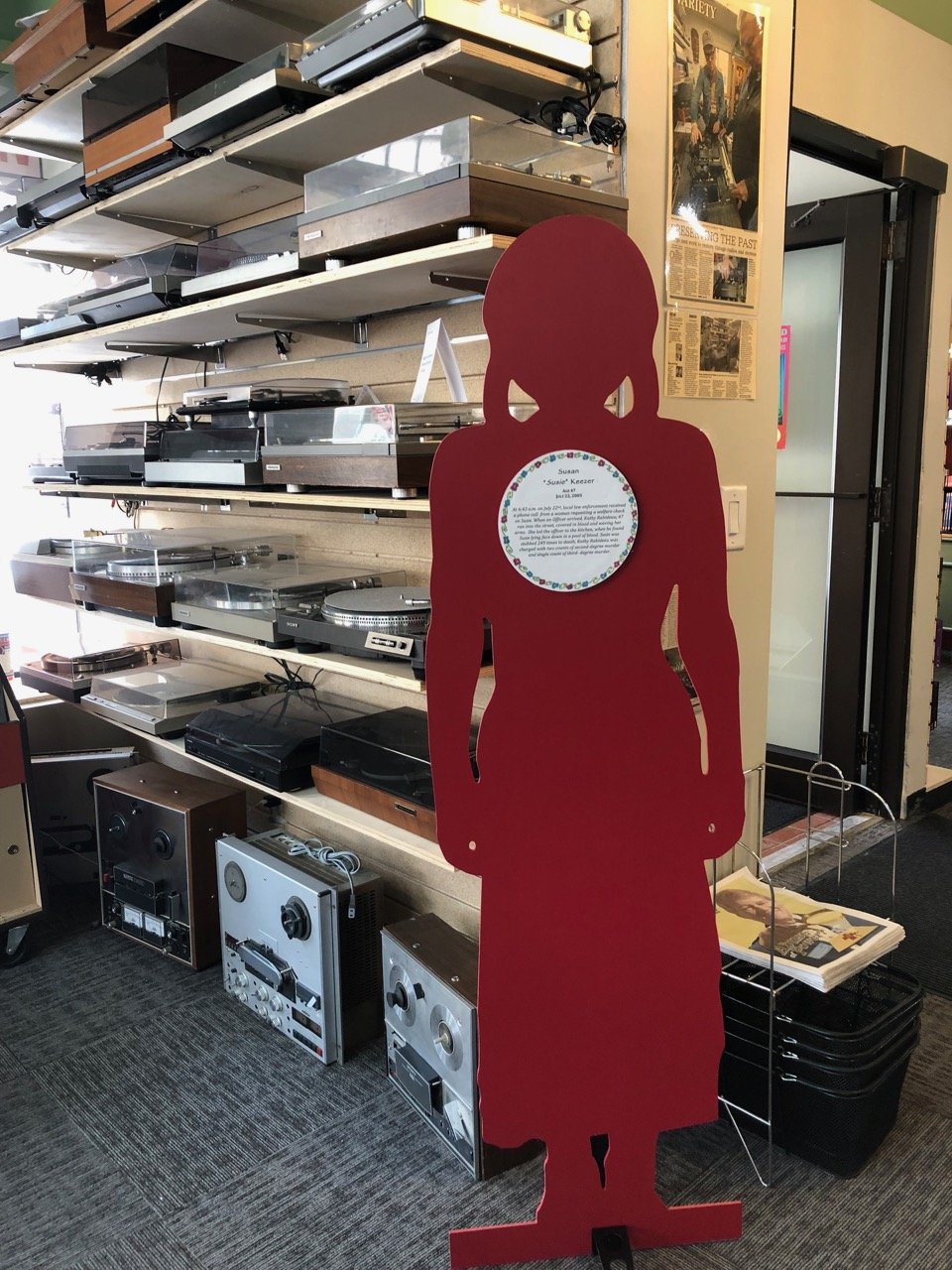 The public exhibition includes 15 life-size silhouettes staged at businesses throughout Downtown Fargo. As patrons visit these stores and restaurants, they’ll come across the silhouettes and learn about real indigenous women and children who have been killed as a result of domestic violence. In some tribal communities, Native women face homicide at a rate that is more than 10 times the national average. Homicide is a leading cause of death for Native women, where three in four of those killed are murdered by their partners, family members or acquaintances. Unfortunately, domestic violence, abduction and homicide have become all too common in Indian Country.

The exhibition features the stories of women and children from the White Earth Nation in Minnesota. Their stories were collected and their memories preserved by Lisa Brunner, a member of the White Earth Ojibwe Nation.

In 1990, the Silent Witness Initiative began promoting and educating to support an end to domestic violence through community based exhibits. It started with a small group of volunteers in one state and grew into an international presence, with projects in all 50 States and 23 countries.

The Silent Witness Initiative is the leading voice that honors the lives of domestic violence homicide victims through family support, community connections, and advocacy for change. Many Native American women, children and men die each year in acts of domestic violence in the United States. Each one has a story.

Locations in Downtown Fargo to view the Silent Witness Initiative exhibition include: 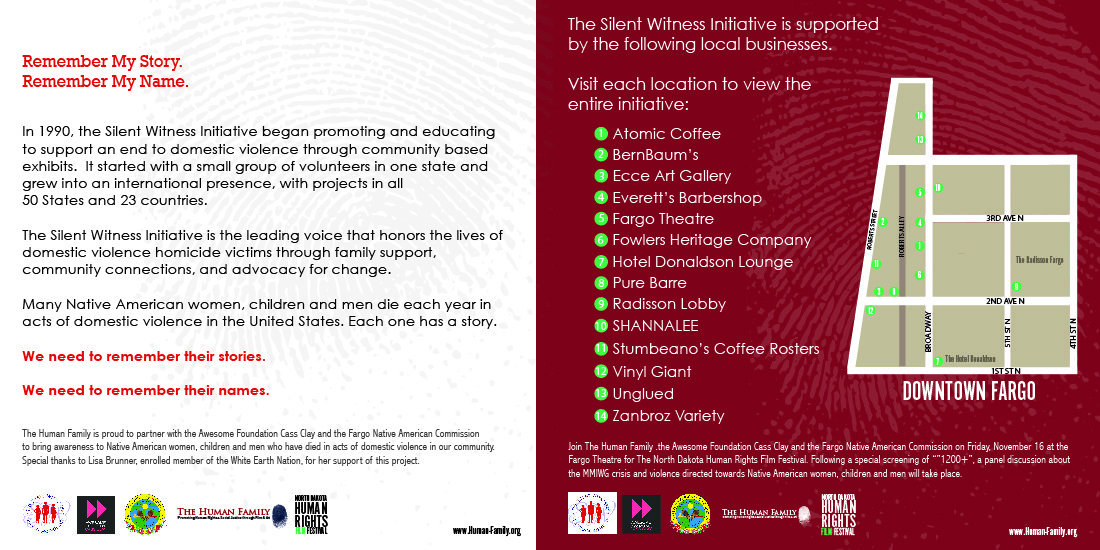 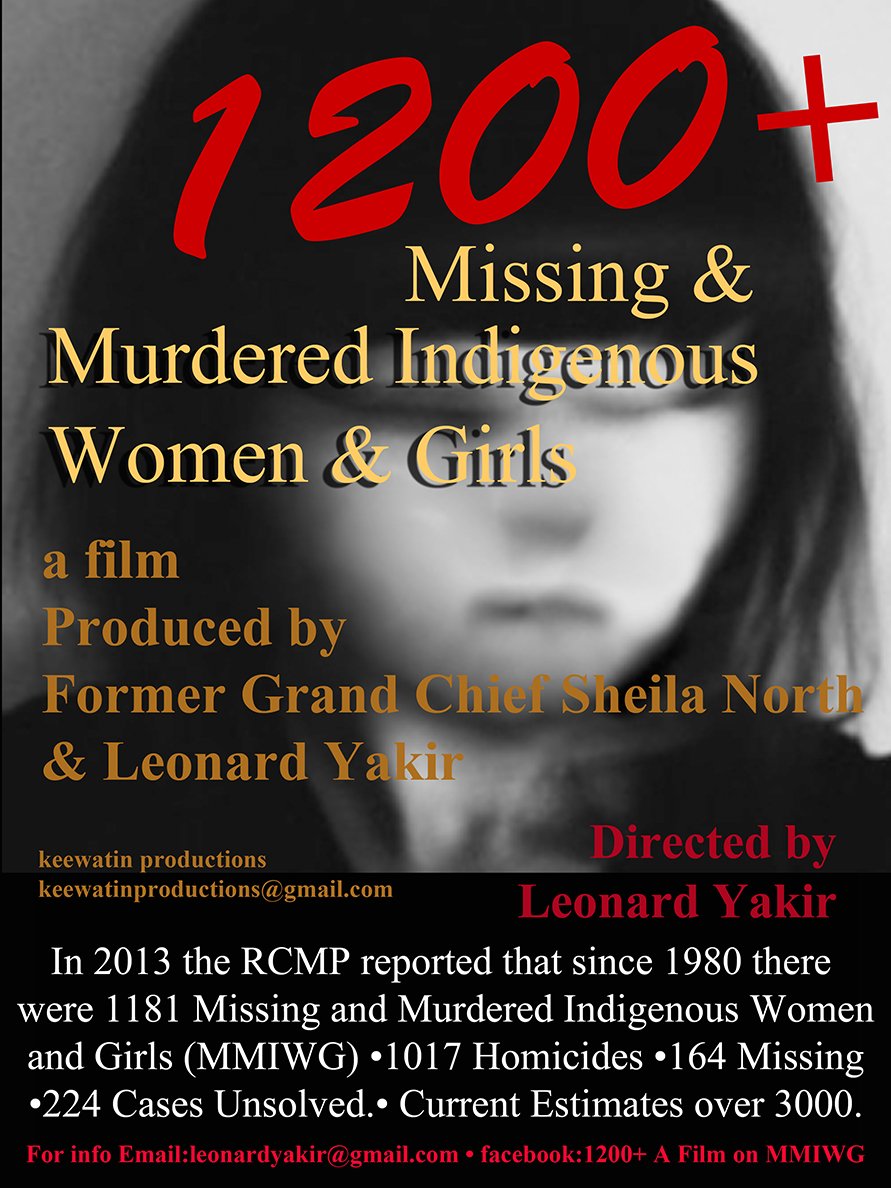 The exhibition will culminate on Friday, November 16 at the evening screening of the 2018 North Dakota Human Rights Film Festival. Each of the life-size silhouettes will take the stage at the Fargo Theatre during a panel discussion about the violence directed towards Native American women and the Missing and Murdered Indiginous Women and Girls (MMIWG) crisis currently confronting North Dakotan communities.

The North Dakota premiere of “1200+” will take place at at the Festival on Friday evening. A feature-length documentary, “1200+” focuses on a region in Canada where the Indigenous community has been tragically impacted by Indigenous women and girls being victims of violence and murder.

The documentary was created and produced by journalist Sheila North, who is the former Grand Chief of Manitoba Keewatinowi Okimakanak, and filmmaker Leonard Yakir. The RCMP claim there are over 1,200 Missing and Murdered Indigenous Women and Girls in Canada. Family and friends claim up to 3,000. The film ‘1200+’ is seen through the eyes of journalist Sheila North, who has made it her passion to get to the bottom of MMIWG. Sheila examines how and why these women and girls go missing and draws on the similarities of their circumstances.

The panel discussion following the film will be moderated by Dr. Michael Yellow Bird, Director of the Tribal and Indigenous Peoples Studies Program at North Dakota State University. “1200+” director and producer Leonard Yakir, and producer Shelia North will also participate in the panel discussion, as well as 2016 Bush Fellow Lisa Brunner of the White Earth Ojibwe Nation, and BJ Jones, Chief Judge for the Sisseton-Wahpeton Oyate.

The Human Family is proud to partner with the Awesome Foundation Cass Clay, the Fargo Native American Commission and the FM Missing and Murdered Indigenous Women – Human Trafficking Taskforce to bring awareness to Native American women, children and men who have died in acts of domestic violence in our community.

Pre-sale tickets for the 2018 North Dakota Human Rights Film Festival are currently available. Tickets for individual screenings are $12 in advance and $15 at the door, and $2 for Seniors and Students. A Festival Pass to all screenings in North Dakota is available for $40. Follow the following links to get your tickets today: Bismarck or Fargo.