Special screening of “1200+” to take place at MSUM

SPEcial screening of “1200+” to take place at MSUM 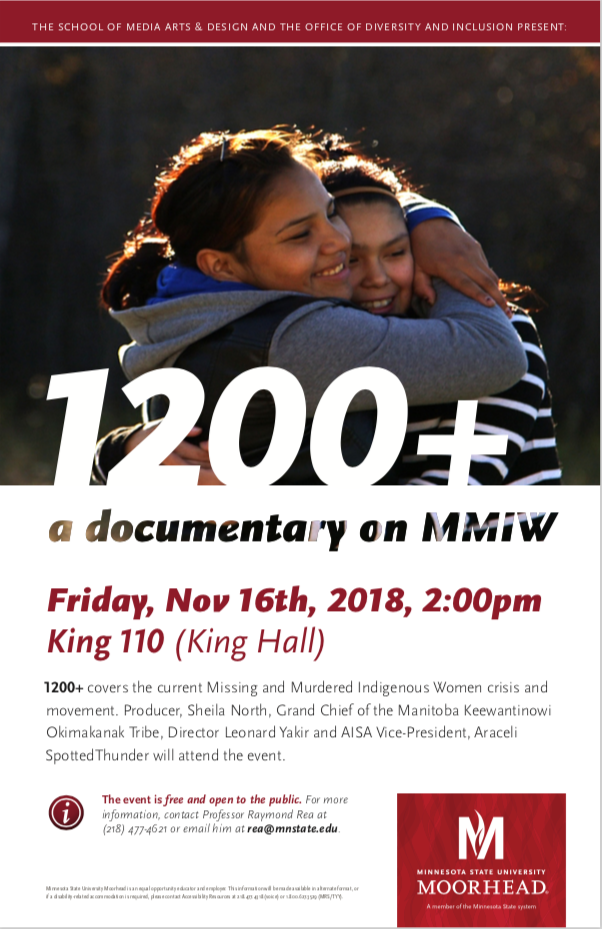 The screening and discussion will take place on Friday, November 16 at MSUM at King 110 (King Hall) at 2pm.

The event is free and open to the public. For more information, contact Professor Raymond Rea at [email protected]

The event is sponsored by the MSUM School of Media Arts and Design and The Human Family, and co-hosted by the American Indian Student Organization.

Following the evening screening, a panel discussion about the MMIWG crisis will take place. Panelists for the discussion include:

Tickets to the North Dakota Human Rights Film Festival at the Fargo Theatre are $15 at the door, and $2 for Seniors and Students.

This article was originally posted by KVRR on June 17, 2021. You can access the original posting here. Written by Raya QuttainehFARGO, N.D. (KVRR) – A local arts organization adds a new role in preparation for its upcoming film festival. Non-profit The Human Family...