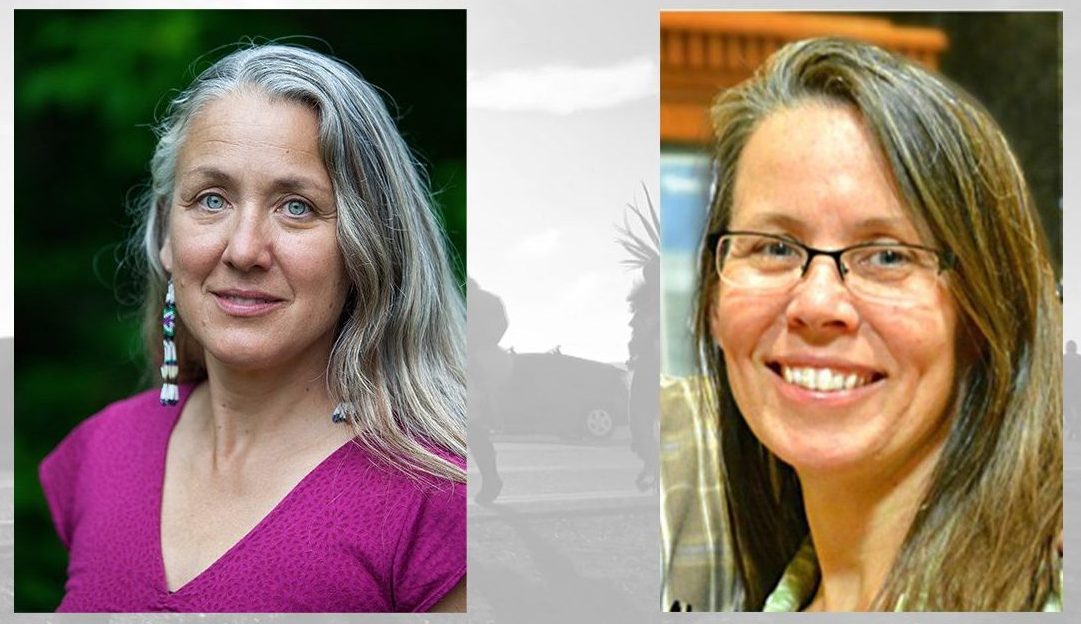 Their feature documentary “The Eagle and the Condor” will open the 2019 North Dakota Human Rights Film Festival in Bismarck on Friday, November 1 at 7 p.m. at the North Dakota Heritage Center and State Museum. Following the Bismarck-permiere of the film, a Q&A with the filmmakers will take place.

“The Eagle and the Condor” is based around prophecy of the Eagle and Condor that originates with nations from the South and features ceremony held at the Dakota Access Pipeline (DAPL) site on Indigenous People’s Day, October 10th, 2016. The ancient prophecy predicted the epic Standing Rock water protection actions – and continues to challenge all to identify and unite our gifts and power.

From 2016 – 2017 Standing Rock water protection camps located at the heart of Turtle Island became the largest assembly of Indigenous peoples in recent history. Gathered nations confronted big energy’s extreme extraction through the strength of their ceremonies, histories, and connections. Despite being met with violence, many who brought their best intentions to this historic fight continue to expand their love and knowledge – while they shift our world away from the trauma and isolation of modern days.

Kahsto’serakwathe Paulette Moore is an independent filmmaker, lecturer, artist and educator. Moore is Kanien’keháka (Mohawk) and an enrolled member of Six Nations of the Grand River territory where she lives. Moore recently completed a series of films with Free Speech TV about the 2016/17 Standing Rock water protection actions and from 2014 – 2019 was the William P. Van Evera lecturer/filmmaker-in-residence and affiliated professor of Indigenous media and philosophy at Northland College in Ashland, Wisconsin.

Moore spent two decades based in Washington DC working as a director, producer and writer with Discovery Channel, National Geographic, PBS, ABC and other media outlets. In 2004 she began making independent community-based,films as Shenandoah University’s filmmaker-in-residence in Winchester, Virginia. Her 2007 film “Wit, Will and Walls” documents the history of desegregation in the Shenandoah Valley and has been used extensively to facilitate dialogue about race. In 2009 Moore began work as an associate professor of media arts and peacebuilding at Eastern Mennonite University in Harrisonburg, VA. There, she collaborated with students to create “To Wisconsin with Love”: a film about Ojibwe resistance and envisioning in response to what would have been the world’s largest open-pit taconite mine.

In 2016 Moore collaborated with Northland College (Ashland, WI) students to create “From Wisconsin with Love” which focuses on the spiritual, economic, physical, and legal aspects of the act of harvest from the perspective of Ojibwe prophecy and practice. Her work often features art pieces linked to her films including several incarnations of a collaborative community embroidery project.

Moore is an intermediate Mohawk speaker/teacher and second-year student at Onkwawenna Kentsyohkwa – a two-year Kanien’keha adult language immersion program at Six Nations. Moore is a PhD candidate in Continental and Haudenosaunee philosophy with European Graduate School based in Saas Fee, Switzerland.

Rebecca Kemble is a worker-owner at Union Cab Cooperative where she drives taxi on the weekend night shift as she has done for the past 19 years. She is the past President of the US Federation of Worker Cooperatives and serves on the Board of Directors of the Madison Mutual Aid Network and HUMANS, the global network of Mutual Aid Networks. Rebecca has also worked as a journalist writing for The Progressive magazine. She currently serves on the Board of Directors for the online publication Toward Freedom, and is a founding member and editor at the Wisconsin Citizens Media Cooperative.

In 2015 Rebecca was elected to the Madison Common Council, was reelected in 2017 and 2019. She serves on the Common Council Executive Committee, the Transportation Commission, the Economic Development Committee, the Equal Opportunities Commission, and currently chairs a work group developing a City policy on purchase and use of surveillance technology, as well as a task force conducting a comprehensive review of city government structures and processes. Rebecca earned a PhD (a.b.d.) in Anthropology from the University of Wisconsin-Madison and lives with her extended family in Madison, WI.

In October, 2016 Rebecca traveled to North Dakota to deliver a City of Madison resolution “Expressing Solidarity with Indigenous Resistance to the Dakota Access Pipeline” to David Archambault II, then Chair of the Standing Rock Sioux Tribe. On October 10, 2016 she was arrested while serving as a National Lawyers Guild Legal Observer at an Eagle and Condor ceremony on the pipeline site. She has worked with filmmaker Kahsto’serakwathe Paulette Mooreto produce the film “The Eagle and the Condor” and to present it around the country.

After the screening of “The Eagle and the Condor” both Paulette and Rebecca will participate in a Q&A with the audience.