“THE EAGLE AND THE CONDOR”
FILMMAKERS TO RECEIVE AWARD

BISMARCK, N.D. (NOV. 1, 2019) – Director Paulette Moore and producer Rebecca Kemble will receive the Samuel Sprynczynatyk Documentary Feature Storyteller Award for their work on the film, “The Eagle and The Condor.” The award will be presented as part of the evening program of the North Dakota Human Rights Film Festival on Friday, November 1, at the Heritage Center and State Museum. “The Eagle and The Condor” will screen at 7 p.m. Doors open for seating at 6:30 p.m.

From 2016 – 2017, Standing Rock water protection camps located at the heart of Turtle Island became the largest assembly of Indigenous peoples in recent history. Gathered nations confronted big energy’s extreme extraction through the strength of their ceremonies, histories, and connections. Despite being met with violence, many who brought their best intentions to this historic fight continue to expand their love and knowledge – while they shift our world away from the trauma and isolation of modern days.

The film is based around the prophecy of the Eagle and Condor that originates with nations from the South and features ceremony held at the Dakota Access Pipeline (DAPL) site on Indigenous People’s Day, October 10th, 2016. The ancient prophecy predicted the epic Standing Rock water protection actions – and continues to challenge all to identify and unite our gifts and power.

Kahsto’serakwathe Paulette Moore is an independent filmmaker, lecturer, artist and educator. Moore is Kanien’keháka (Mohawk) and an enrolled member of Six Nations of the Grand River territory where she lives. Moore recently completed a series of films with Free Speech TV about the 2016/17 Standing Rock water protection actions and from 2014 – 2019 was the William P. Van Evera lecturer/filmmaker-in-residence and affiliated professor of Indigenous media and philosophy at Northland College in Ashland, Wisconsin.

Moore spent two decades based in Washington DC working as a director, producer and writer with Discovery Channel, National Geographic, PBS, ABC and other media outlets. In 2004 she began making independent community-based,films as Shenandoah University’s filmmaker-in-residence in Winchester, Virginia. Her 2007 film “Wit, Will and Walls” documents the history of desegregation in the Shenandoah Valley and has been used extensively to facilitate dialogue about race. In 2009 Moore began work as an associate professor of media arts and peacebuilding at Eastern Mennonite University in Harrisonburg, VA. There, she collaborated with students to create “To Wisconsin with Love”: a film about Ojibwe resistance and envisioning in response to what would have been the world’s largest open-pit taconite mine.

In 2016 Moore collaborated with Northland College (Ashland, WI) students to create “From Wisconsin with Love” which focuses on the spiritual, economic, physical, and legal aspects of the act of harvest from the perspective of Ojibwe prophecy and practice. Her work often features art pieces linked to her films including several incarnations of a collaborative community embroidery project.

Moore is an intermediate Mohawk speaker/teacher and second-year student at Onkwawenna Kentsyohkwa – a two-year Kanien’keha adult language immersion program at Six Nations. Moore is a PhD candidate in Continental and Haudenosaunee philosophy with European Graduate School based in Saas Fee, Switzerland. 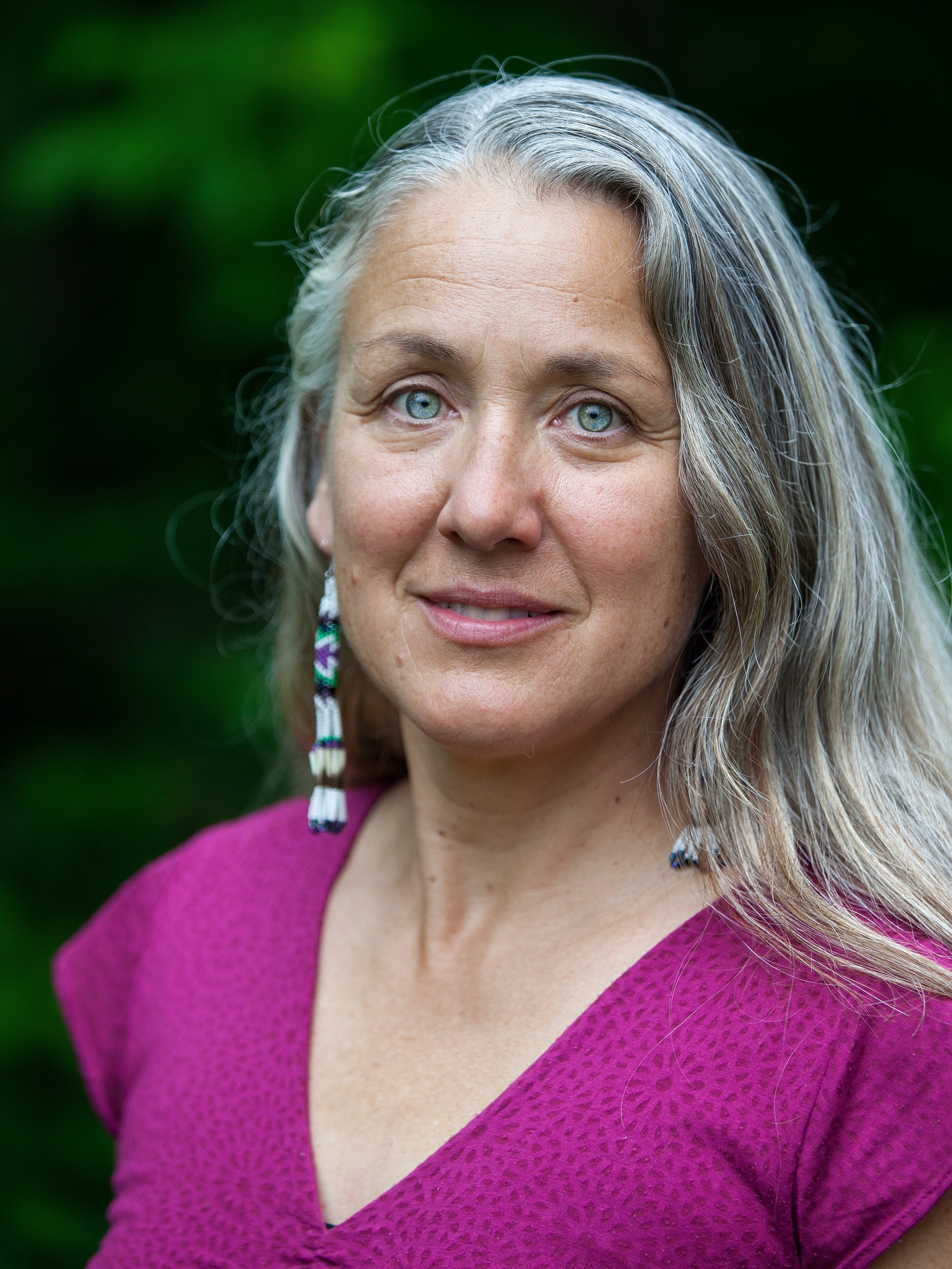 Rebecca Kemble is a worker-owner at Union Cab Cooperative where she drives taxi on the weekend night shift as she has done for the past 19 years. She is the past President of the US Federation of Worker Cooperatives and serves on the Board of Directors of the Madison Mutual Aid Network and HUMANS, the global network of Mutual Aid Networks. Rebecca has also worked as a journalist writing for The Progressive magazine. She currently serves on the Board of Directors for the online publication Toward Freedom, and is a founding member and editor at the Wisconsin Citizens Media Cooperative.

In 2015 Rebecca was elected to the Madison Common Council, was reelected in 2017 and 2019. She serves on the Common Council Executive Committee, the Transportation Commission, the Economic Development Committee, the Equal Opportunities Commission, and currently chairs a work group developing a City policy on purchase and use of surveillance technology, as well as a task force conducting a comprehensive review of city government structures and processes. Rebecca earned a PhD (a.b.d.) in Anthropology from the University of Wisconsin-Madison and lives with her extended family in Madison, WI.

In October, 2016 Rebecca traveled to North Dakota to deliver a City of Madison resolution “Expressing Solidarity with Indigenous Resistance to the Dakota Access Pipeline” to David Archambault II, then Chair of the Standing Rock Sioux Tribe. On October 10, 2016 she was arrested while serving as a National Lawyers Guild Legal Observer at an Eagle and Condor ceremony on the pipeline site. She has worked with filmmaker Kahsto’serakwathe Paulette Moore to produce the film “The Eagle and the Condor” and to present it around the country. 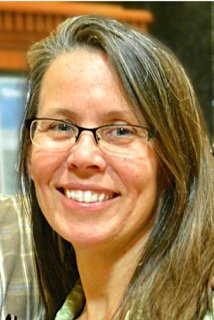 The Samuel Sprynczynatyk Documentary Feature Storyteller Award was introduced to the North Dakota Human Rights Film Festival in 2018. The award is given by the Jury of the festival to recognize feature-length documentary filmmakers for their outstanding work and excellence in nonfiction storytelling. The first film to receive the recognition was the feature-length documenatry “Dodging Bullets.”

The award was named after Bismarck-based filmmaker Samuel Sprynczynatyk. In early 2018, the festival had made the decision to recognize filmmakers and human rights advocates through the awards given to festival filmmakers. As part of that process, research had begun to identify historical figures in North Dakota who had done substantial work in filmmaking and social justice advocacy.

In June of 2018, Samuel, at the age of 30, suffered two major heart attacks. Rushed to the ICU, Samuel underwent emergency surgery and was cooled to preserve brain function. He was in a coma for over a week. During the ordeal, his family was told that he might not make it.

Faced with the possible loss of a talented and respected filmmaker, the festival recognized the need to show appreciation for not only the historical figures of North Dakota, but the contemporary visionaries as well. The decision was made to name the first award after Samuel so that he knew the appreciation, love and gratitude the community had for he and his work.

Samuel survived the experienced and is on the road to recovery. His current film, his first documentary feature, “Kindred Creatures” is prepping for digital distribution. The film explores the personalities and ways of life of animals used in animal agriculture. The documentary explores these animals’ personalities, the bonds they share with humans, and impactful stories of their rescue. Kindred Creatures also highlights farm animal sanctuaries and the wonderful work they do to help victims of animal agriculture and neglect.

Samuel will be present at the opening night of North Dakota Human Rights Film Festival to present the Samuel Sprynczynatyk Documentary Feature Storyteller Award to Paulette Moore and Rebecca Kemble.

The 2019 award to be presented to Moore and Kemble was designed by Holly Doll, an enrolled member of the Standing Rock Sioux Tribe. Doll has been creating Native art for 20 years. In December of 2018, Doll founded Native Artists United, which is currently the only Native artist cooperative within North Dakota. Their vision is to create a nation where Native art and culture is valued. The cooperative works directly with Native artists, holds monthly art classes that are open to the public, and offer cultural education workshops.

The 2019 awards are chekpah amulets. The amulets are meant to hold the umbilical cords of newborn babies, helping them to maintain their connection to their parents and earth throughout their journey of life. They each have a strip of porcupine quillwork to symbolize the Red Road. The Red Road is a unique spiritual path of self discovery and way of life that has no end. It encourages the individual to live a life of truth, humbleness, and respect.

The 2019 North Dakota Human Rights Film Festival is made possible through the generosity of Final Draft. Final Draft, a Cast & Crew Company, has published Final Draft® software – the number-one selling screenwriting application in the world – for 28 years. Final Draft automatically paginates and formats your script to industry standards, allowing writers to focus on what they do best – writing scripts. Used by such industry giants as J.J. Abrams, James Cameron and Aaron Sorkin, Final Draft software is the professional’s choice and the entertainment industry standard. In addition to its flagship software product, Final Draft offers the annual Big Break Contest – a screenwriting competition that launches careers, and awards over $100,000 in cash and prizes. Final Draft also offers the Final Draft Mobile™ app for iPhone and iPad, making creativity truly portable. To learn more about Final Draft and its products and services, visit: www.finaldraft.com

The Festival is also supported by iPitch.tv, and through partnerships with Chamber Six Media, J&S Productions, Moorhead Massage and Wellnessand the North Dakota Human Rights Coalition.

For more information about the 2019 North Dakota Human Rights Film Festival or to arrange interviews with visiting filmmakers, contact Sean Coffman at (937) 999-77772.