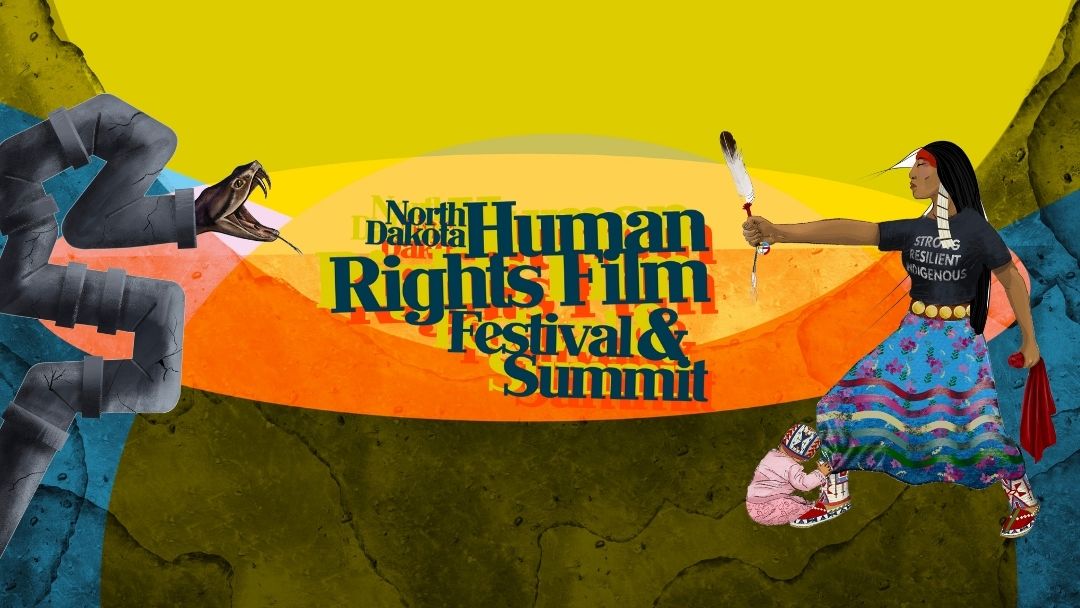 Fargo, N.D. (October 25, 2021) – The 2021 North Dakota Human Rights Film Festival & Summit is excited to announce the official line-up for our fifth annual festival, November 2 – 18. 96 films from 18 countries will be screened, each speaking to an important human rights or social justice theme. 21 community conversations, educational workshops, and in-person filmmaker Q&A discussions will take place throughout the state. The entire festival is free and open to the public.

The festival will have in-person screenings and community discussions throughout North Dakota. A majority of the films and discussions will also be available to stream via the festival’s Virtual Cinema for audiences to experience from the comfort of their home.

The main in-person theatrical screenings and summit will take place in Fargo from November 2-6. The Human Family is partnering with the North Dakota Human Rights Coalition to integrate their 12th Annual Human Rights Summit into the festival. Summit discussions will be integrated with filmmaking workshops and seminars at the Plains Art Museum in the morning. Film screenings and community discussions will continue into the afternoon and evenings at the historic Fargo Theatre.

Recognizing that the economic disparities resulting from privilege and exacerbated by the pandemic are a barrier to engagement, in 2021, The Human Family and the North Dakota Human Rights Coalition have partnered to completely remove financial barriers to engaging with the festival. As a result, access to the festival’s programming is entirely free and accessible to all. All passes and individual film screenings are pay-as-you-can. As an individual’s situation allows, they are welcome to make a donation to the festival to help support our work.

In addition to the in-theatre screenings, films and discussions will be presented online as part of the festival’s Virtual Cinema. Films will be available beginning midnight on Tuesday, November 6, through midnight on Thursday, November 18. Audiences can view the films on their TV’s with the Eventive app found on Apple TV and Roku streaming devices. Viewers can also watch or cast on their computers, tablets, or mobile phones.

“We’re extremely excited by the festival,” said Sean Coffman, Executive Director of the Human Family and Festival Director of the 2021 North Dakota Human Rights Film Festival. “The films screening this year speak profoundly to important issues currently being discussed in our communities.”

An official listing of all 95 films and community discussions is available at the festival’s website at www.ndhrff.org.

Highlights of the festival include: 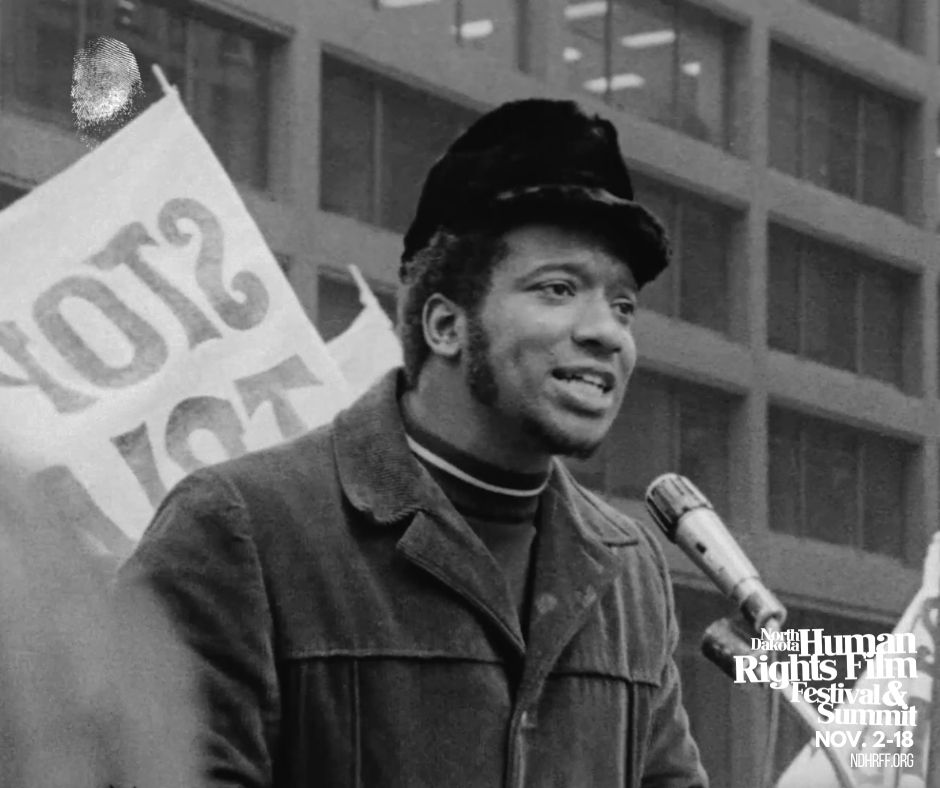 A special screening of the 1971 film THE MURDER OF FRED HAMPTON. In partnership with the North Dakota Film Society, the festival is bringing this important feature documentary to the Fargo Theatre on Tuesday, November 2 at 1:30 p.m. Fred Hampton was the leader of the Illinois Chapter of the Black Panther Party. This important piece of cinematic history depicts his brutal murder by the Chicago police and its subsequent investigation but also documents his activities in organizing the Chapter, his public speeches, and the programs he founded for children during the last eighteen months of his life. 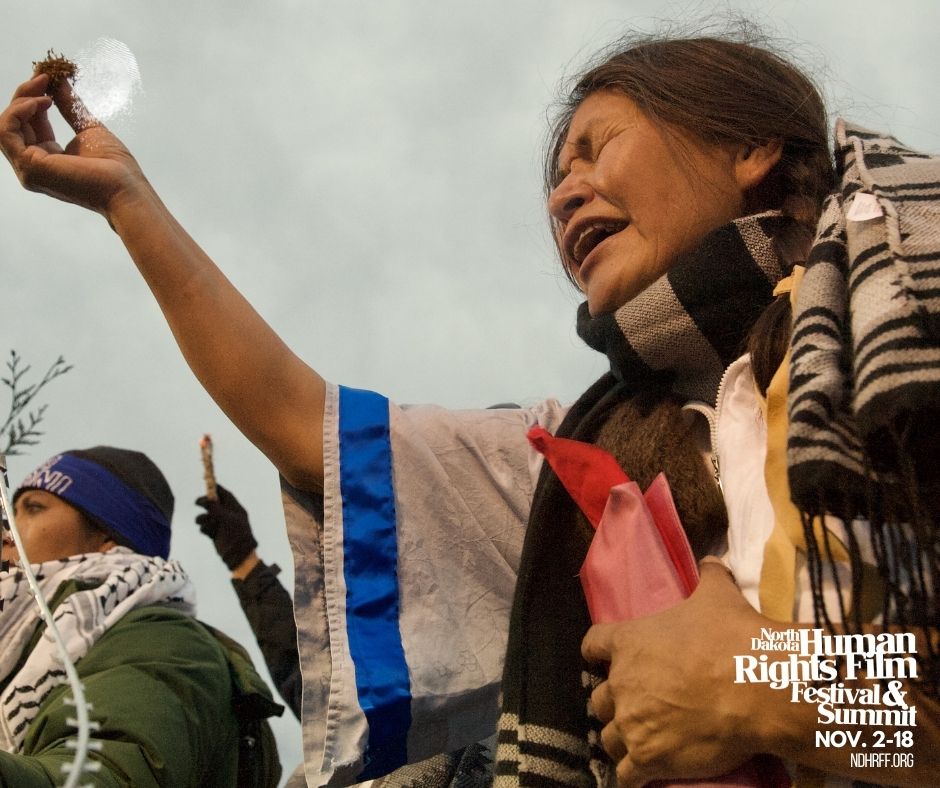 A screening of END OF THE LINE: THE WOMEN OF STANDING ROCK at the Fargo Theatre on Tuesday, November 2 at 7 p.m. Following the film, a special Q&A session with director Shannon Kring and rights activist Phyllis Young will take place. 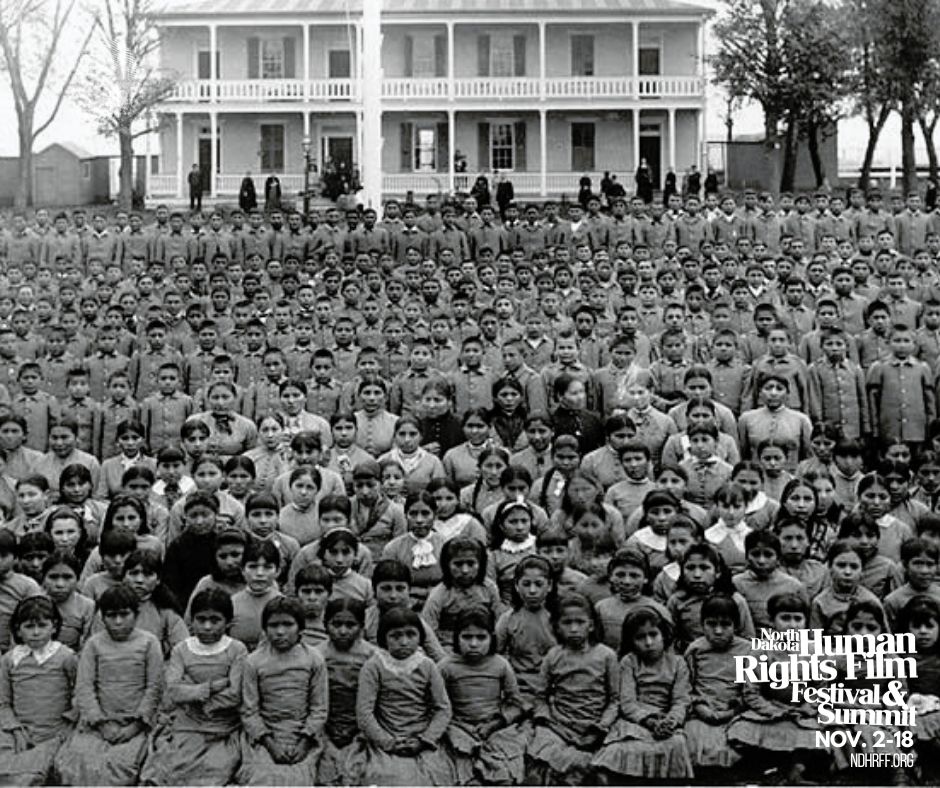 A screening of Home from School: The Children of Carlisle at the Fargo Theatre on Wednesday, November 3 at 7 p.m. Following the film, a special community conversation about the Boarding School tragedy with Denise Lajimodiere will take place. 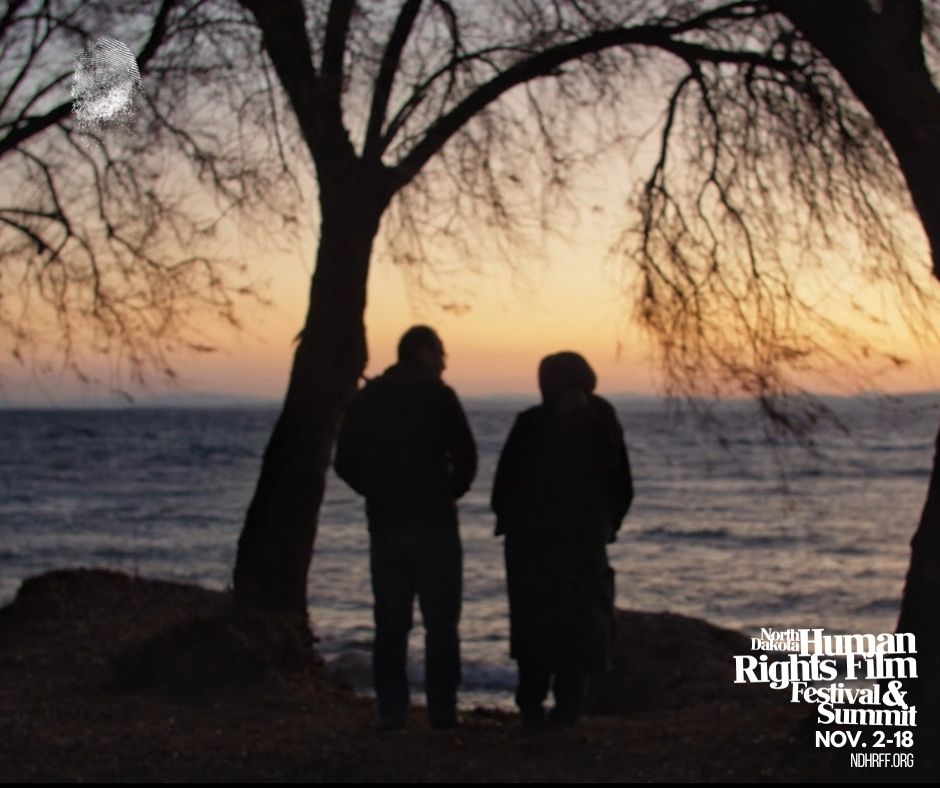 A special community discussion about the Refugee and Immigrant Experience will take place in Bismarck on Wednesday, November 10 at 7 p.m. at the Bismarck Library. Special guest Julie Ramos Lagos, Executive Director of Global Neighbors, will lead the discussion. 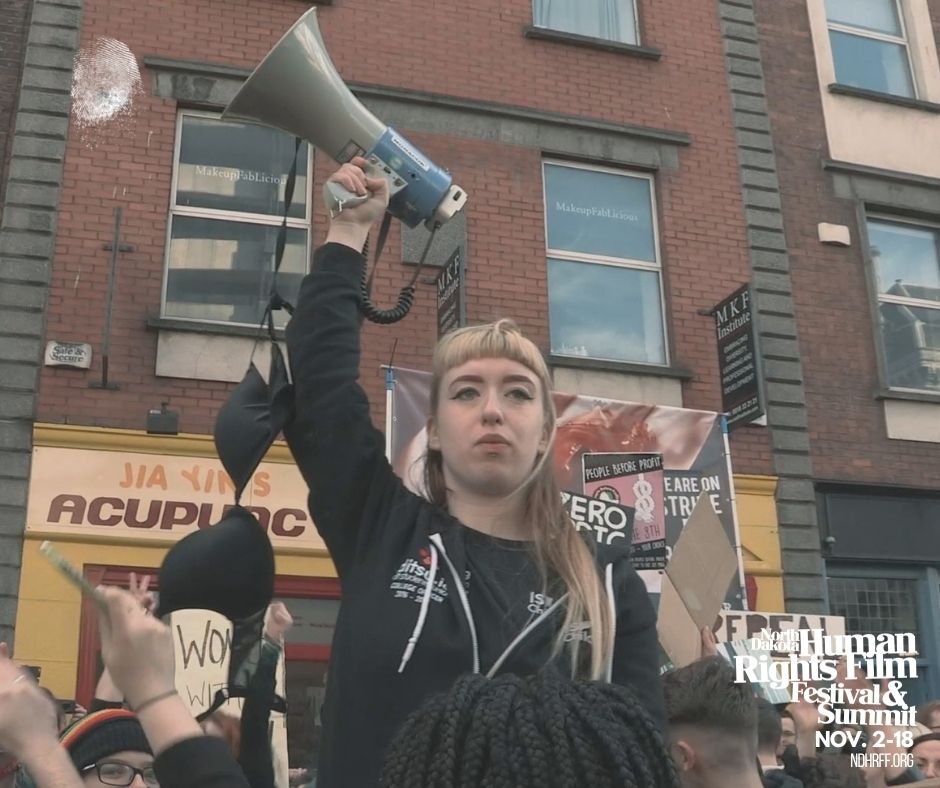 A special community discussion about the right to access health care will take place in Minot at the historic Oak Park Theatre on Thursday, November 11 at 7 p.m. following the screening of the feature documentary The 8th. The 8th traces Ireland’s campaign to remove the 8th Amendment – a constitutional ban on abortion. It shows a country’s transformation from a conservative state in thrall to the Catholic church to a more liberal secular society. 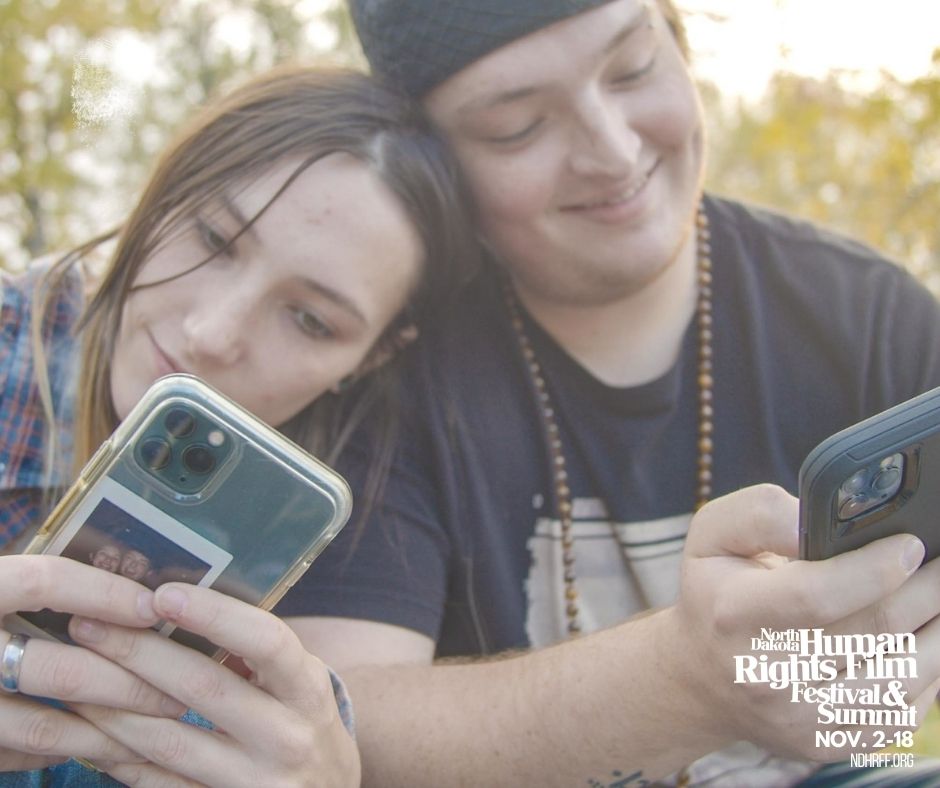 A special community discussion about our society’s addiction to technology will take place in Jamestown on Thursday, November 18th at 7 p.m. at The Arts Center. The discussion will follow the screening of the feature documentary, Tethered: Are We The Experiment?

Due to the ongoing COVID-19 pandemic, seating is limited for in-person screenings and discussions. Tickets may be reserved for each session at the festival’s website, www.ndhrff.org. Masks are required at all events. Due to the smaller venues in Fargo, attendees to in-person events must also provide proof of vaccination. 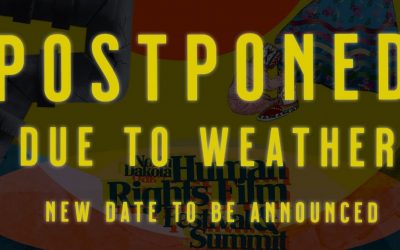 Grand Forks postponed due to Weather

The Grand Forks screenings of the 2021 North Dakota Human Rights Film Festival have been postponed due to weather. 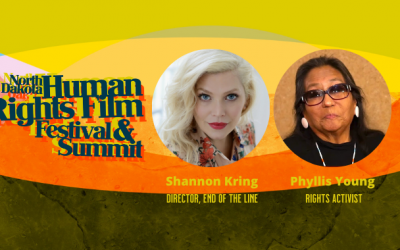