FARGO, N.D. (Friday, October 29, 2021) – The 2021 North Dakota Human Rights Film Festival & Summit opens Tuesday, November 2 with afternoon and evening film screenings at the historic Fargo Theatre in Fargo, North Dakota. The event is free and to the public. Due to the ongoing pandemic, limited seating is provided for in-person events, and masks and vaccination requirements are in place. Tickets can be reserved at www.ndhrff.org.

At 1:30 p.m., 1971 critically acclaimed feature documentary THE MURDER OF FRED HAMPTON will screen. The film is about the short life and death of Fred Hampton, a young African-American civil rights activist in Chicago and leader of the Illinois Black Panther Party. During the film’s production, Hampton was fatally shot on December 4, 1969, in a pre-dawn raid at his apartment by the Chicago Police Department. The raid was revealed to have been organized in cooperation with the FBI. The film is screened in partnership with the North Dakota Film Society.

At 7 p.m., the festival will recognize the 5-year anniversary of the peaceful protest against the installation of the Dakota Access Pipeline in Standing Rock with the screening of the documentary feature film, END OF THE LINE: THE WOMEN OF STANDING ROCK. 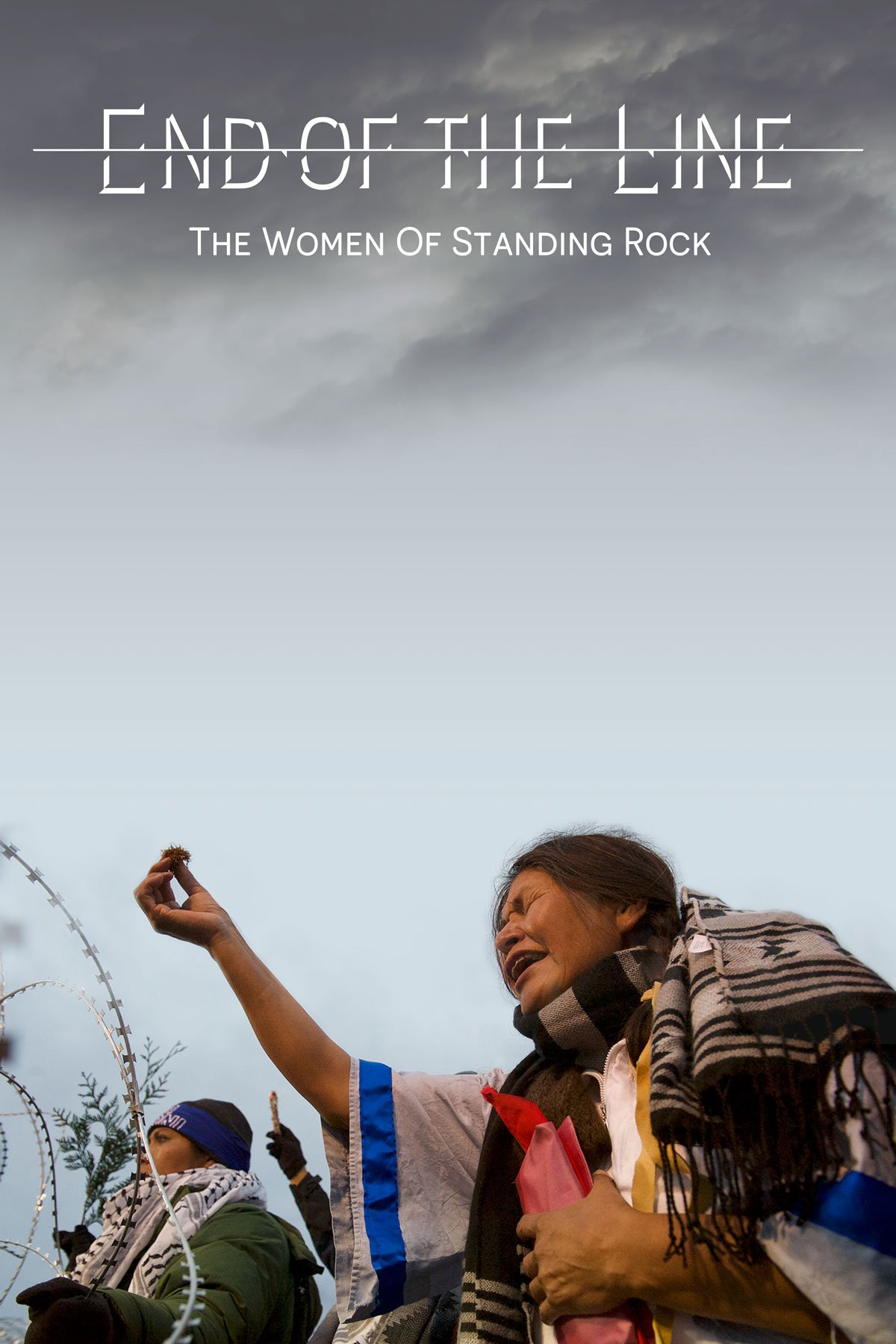 The film features a group of indigenous women as they risk their lives to stop the Dakota Access oil pipeline construction. The installation desecrated their ancient burial and prayer sites and threatens their land, water, and very existence. In the process, they must face the personal costs of leadership, even as their own lives and identities are transformed by one of the great political and cultural events of the early 21st century. Placing their courage in true historic perspective, END OF THE LINE goes to the essence of this astonishing event – “the hearts of the women.”

Following the film, director Shannon Kring and rights activist Phyllis Young will take the stage for a Q&A about the film and the important work visualized in the film. 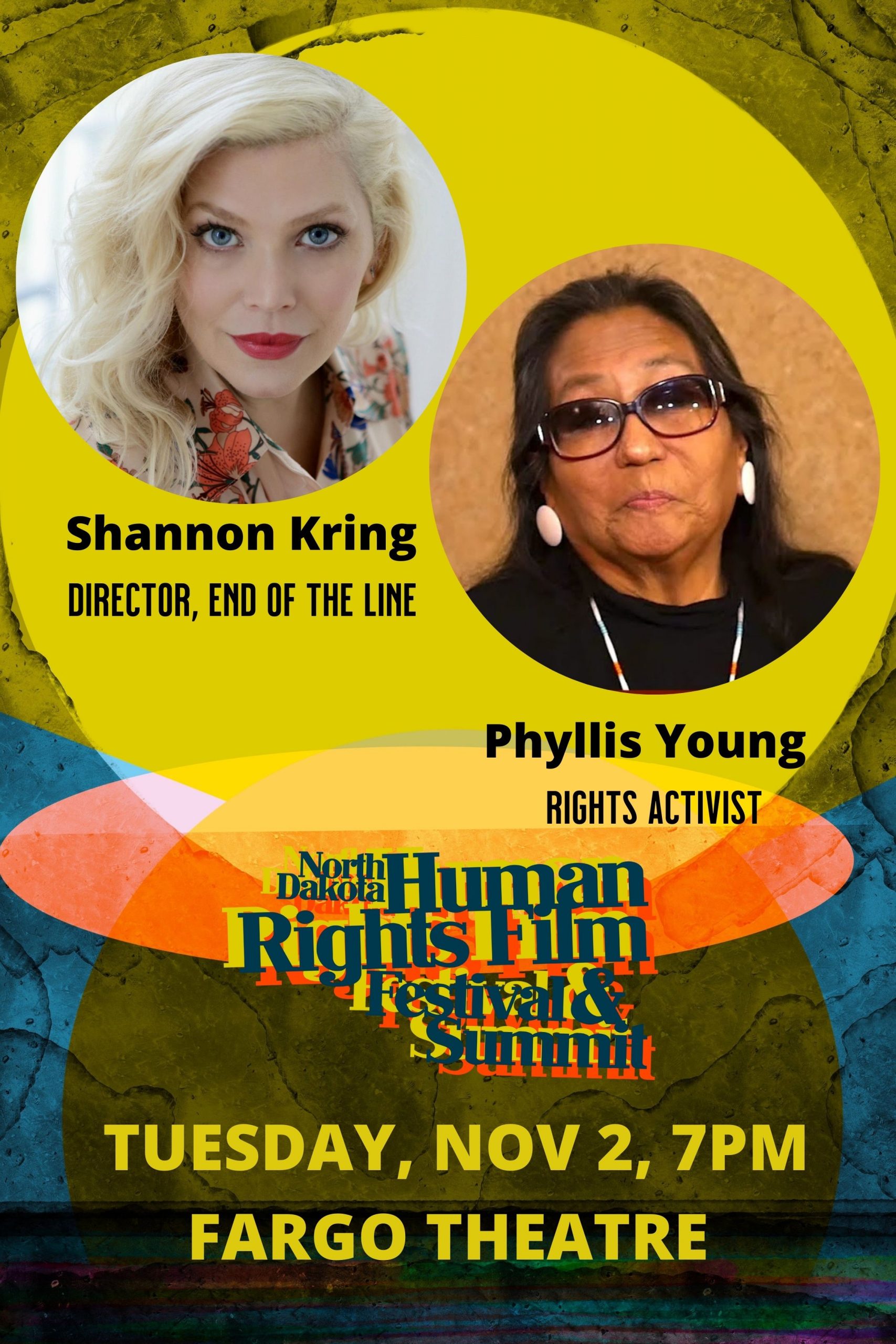 Shannon Kring is an Emmy-winning producer and humanitarian whose work has been presented by dozens of governments, and by institutions including the UN Permanent Forum on Indigenous Issues, the Smithsonian Institution Museum of the American Indian, NASA, MIT, and the British Museum. Shannon works with the UN, US Department of State, and other global bodies concerning the indigenous and other marginalized members of society, environmental sustainability, and cultural preservation. She is a UNWTO Liaison and serves as Honduras’ Official Goodwill Ambassador.

Gaining unprecedented access into typically fiercely guarded groups in 70+ countries, she has been entrusted with lifting the veil on spiritual and culinary practices long shrouded in mystery and intrigue. To date, she has conducted nearly 3,000 interviews on ancient and indigenous wisdom.

After living in places as diverse as Helsinki and San Pedro Sula, Honduras (then the Murder Capital of the World), Shannon returned to the US in 2016 to begin the production of the feature documentary END OF THE LINE: THE WOMEN OF STANDING ROCK. In 2018, she became the first US director and the third woman to receive the backing of the Finnish Film Foundation. In 2019, she won the Stella Artois-Women in Film Finishing Fund Award. She is the author of five award-winning nonfiction books.

Phyllis Young is no stranger to historic gatherings. The sister of the late Oglala Lakota patriot Russell Means, she comes from Standing Rock, home of Chief Sitting Bull’s people, the Hunkpapa Sioux. Says Young, “I have had the distinct honor and privilege to be at the heart of two of the largest American Indian gatherings to date: the 1974 Wakpala Standing Rock gathering where 97 Indian Nations convened.” The second is the recent “NoDapl” peaceful resistance at Standing Rock. Young served as leader of the Oceti Sakowin camp and as a spokesperson for the movement, appearing on international media throughout the 10-month standoff against the Dakota Access Pipeline. The $3.8 billion pipeline construction desecrated sacred sites including ancestral graves, and threatens her tribe’s land and water. The resistance drew more than 13,000 supporters from around the world. Under Presidential Order, the Army Corps of Engineers shut down their encampment on February 24, 2017.

Phyllis cut her activist teeth at the UN. In 1975, she established the first International Indian Treaty Council Office at the UN Plaza. In 1977, she secured the Council’s credentials as an NGO with Special Consultative Status with the UN Economic and Social Council, making it the first indigenous NGO. That same year, Young led the coordination of the First International NGO Conference in Geneva, Switzerland. More than 100 indigenous delegates attended, with an additional 150 in attendance as observers and guests.

Thirty-three years later, Young was one of the authors of the precursor document that became the United Nations Declaration on the Rights of Indigenous People. In 2007, the declaration was adopted by the General Assembly by a majority of 144 states in favor. Only four votes were cast against it: Australia, Canada, New Zealand, and the United States, four countries boasting high indigenous populations.

The event will also celebrate the lives of water protectors LaDonna Brave Bull Allard and Myron Dewey, who both transitioned to the spirit world in 2021.

The 2021 North Dakota Human Rights Film Festival takes place November 2-18, with screenings in Fargo, Bismarck, Minot, Grand Forks, and Jamestown. The festival features 96 films from 18 countries, each speaking to an important human rights or social justice theme. 21 community conversations, educational workshops, and in-person filmmaker Q&A discussions will take place throughout the state. The entire festival is free and open to the public.