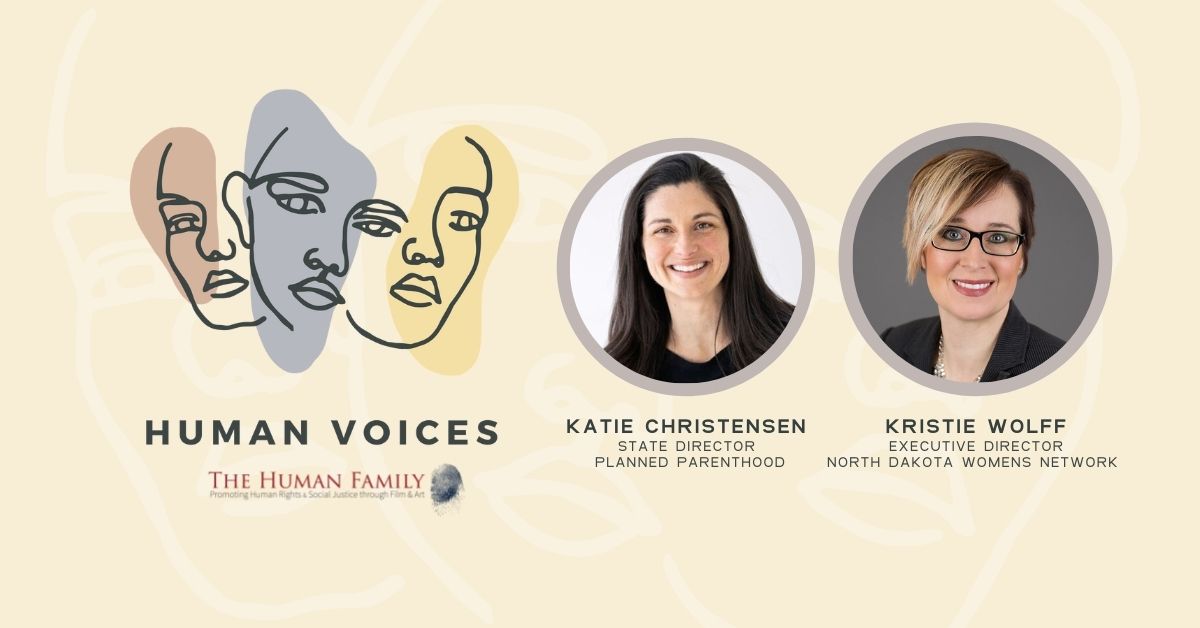 As part of the 2021 North Dakota Human Rights Film Festival, Katie and Kristie joined The Human Family for a discussion in Minot, North Dakota, about the right to access health care. The discussion took place after a screening of the feature documentary, THE 8TH, which traces Ireland’s campaign to remove the eigth amendment – a constitutional ban on abortion. It shows a country’s transformation from a conservative state in thrall to the Catholic church to a more liberal secular society.

Katie and Kristie share their thoughts on the film, on access to health care for women in North Dakota, and what a looming decision from the Supreme Court on Roe. Vs. Wade may mean for women in the state.

The Human Family · Katie Christensen and Kristie Wolff and The 8th

Subscribe to Human Voices on your favorite streaming service, including iTunes and Spotify.