Special guest Jon Harris will join Frederick Edwards, Director of Black Cinema and Programming for the festival, for a discussion about the intersections between art and social justice. 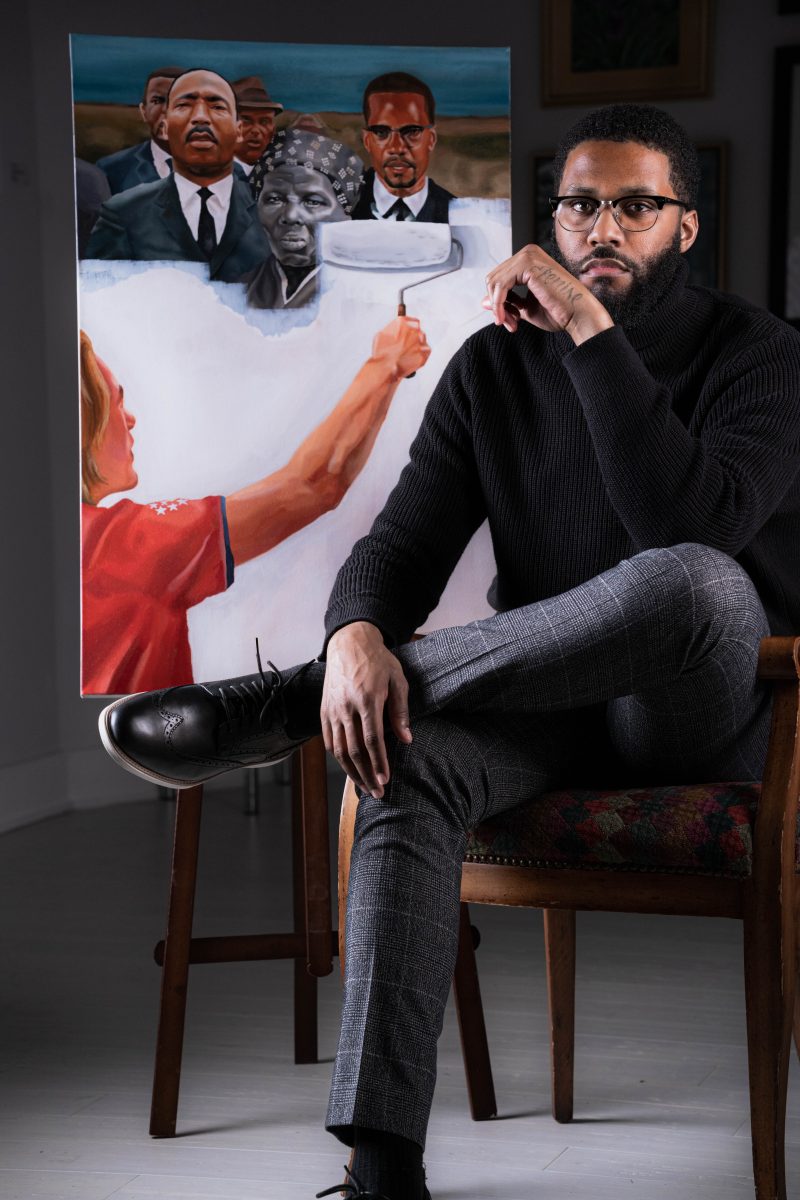 Harris is a visual artist who was born and raised in the city of Detroit. After attending the Detroit School for the Fine and Performing Arts, he attended Henry Ford Community College and Oakland University, where he majored in Graphic Design and minored in Studio Art. Oil paints, acrylics, and charcoal are his media of choice.

He has become known for and perfected an oil enamel technique resulting in graphic, high-contrast portraits without the use of a brush. Jon’s emotive work focuses on current events and the African American experience. He strives to accomplish goals by bringing awareness to social and world issues and instilling pride in the black community through his visual and curatorial work. Harris and his work have recently been featured extensively in the press, including on PBS’ American Black Journal, PBS One Detroit, CBS Local, the Detroit Free Press, Michigan Chronicle, and Oakland University Post.

Harris received worldwide recognition for his work, Critical Race Theory, which depicts a non-specific white male rolling over images of Martin Luther King, Harriet Tubman, and Malcolm X with opaque white paint, in a gesture that boldly and beautifully illustrates the white-washing of black history. The piece was created in response to recent controversy over the same subject matter and has garnered responses and sparked conversation across social media platforms worldwide.

The North Dakota Human Rights Film and Arts Festival’s Opening Ceremony and Awards Presentation takes place Tuesday, November 1, at 6:30 p.m. at the Radisson Blu in downtown Fargo. The event is free and open to the public and includes a free community dinner. Tickets may be reserved for each session at the festival’s website, www.ndhrff.org. While not required, reservations are appreciated to help with seating and meal counts.