The Human Family Award for Creative Placemaking was established to recognize artists, individuals, and organizations working to establish space for representation and engagement with the arts to advance social change in our communities.

This is the first year of the award. It will be presented as part of the North Dakota Human Rights Film and Arts Festival Opening Ceremony and Awards Presentation at the Radisson Blu in downtown Fargo on Tuesday, November 1, at 6:30 p.m. The event is free and open to the public and includes food and beverage. Registration is not required but is appreciated for food preparation and seating. 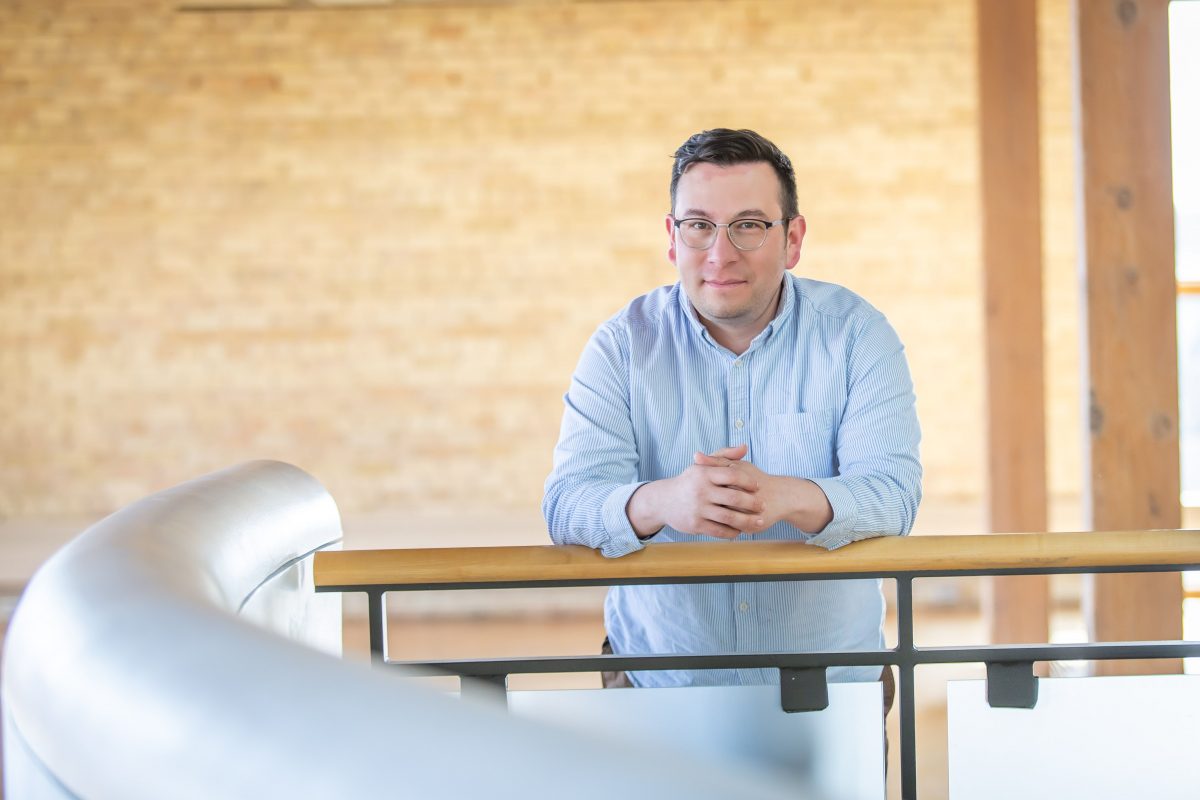 Joe Williams (Waȟpéthuŋwaŋ Dakota, from the Sisseton Wahpeton Oyate) currently serves as the Director of the Indigenous Programs at the Plains Art Museum in Fargo, North Dakota. Joe earned a Master of Fine Arts degree in Visual Effects from the Academy of Art University in San Francisco and a Bachelor of Arts in American Indian Studies from the University of South Dakota in Vermillion.

Joe is the producer and interviewer of 5 Plain Questions, a podcast that proposes five general questions to Native American and Indigenous artists, creators, musicians, writers, movers and shakers, and culture bearers.

As a painter, Joe conducted 18 murals over 20 years. He is a storyboard artist working in the digital medium and specializing in animation.

He has worked with Native American youth for the majority of his career, in the social context as well as in the art field. From 1993 to 2007, he was part of the Oscar Howe Summer Art Institute (OHSAI), first as a student and then as staff, teaching art to Native American high school students. He now directs the Northern Plains Summer Art Institute, a summer program inspired by his work with USD which is staffed by former OHSAI faculty. He has returned to the OHSAI as the drawing instructor for the past two years.

Prior to his current position, Joe served in the U.S. Army National Guard for 20 years, deploying three times overseas in service to his country. For his first ten years of military service, he was in the Field Artillery. For his last ten years, he was a civil affairs soldier who dedicated much of his time to problem-solving social issues to assist in civilian well-being. 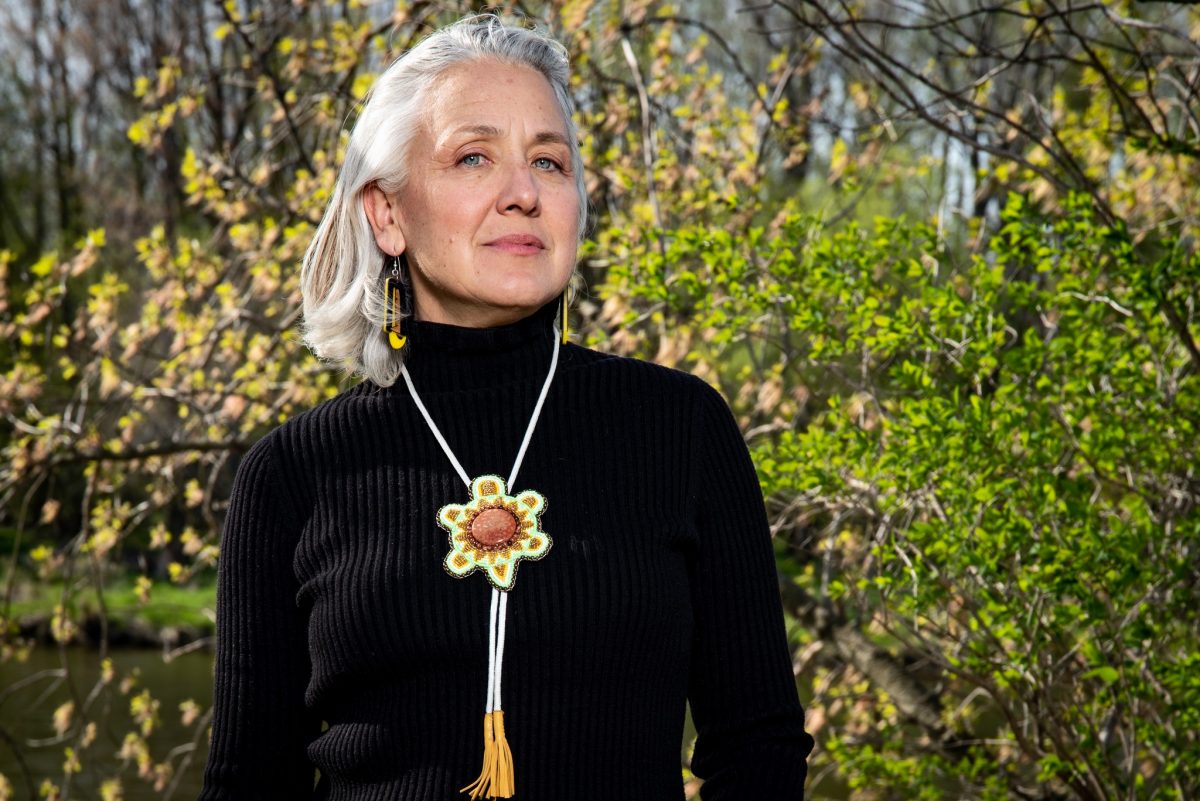 Kahstoserakwathe Paulette Moore is an independent filmmaker, podcaster, artist, and educator. Moore is Kanyen’kehà:ka (Mohawk) and an enrolled member of Six Nations of the Grand River territory where she is based.

Moore is a founding member and co-owner of The Aunties Dandelion: a media-arts collective informed by traditional Onkwehon:we (Indigenous) teachings and focused on revitalizing communities through stories of land, language, and relationships. The Aunties Dandelion recently received a grant from Canada Council for the Arts to create their short film titled Budd; about love, listening, and returning to the rez.

Moore is a fellow with the 2022 Banff Spark program for women who own media businesses.

Recent projects include The Aunties Dandelion’s monthly podcast and their 2020 collaborative film called VeRONAka. This 10-minute film is a fictionalized version of the true story that Kanyen’kehà:ka Wolf Clan Mother Wakerakáhtste Louise McDonald gave Covid-19 a Mohawk name – so that we are able to respect the illness, understand why it is here, and then invite it to leave.

In 2018 Moore completed a series of films with Free Speech TV about the 2016/17 Standing Rock water protection actions, and from 2017 – 2019 was an affiliated professor of Indigenous media and philosophy at Northland College in Ashland, Wisconsin.

Moore spent two decades in Washington, DC as a director, producer, and writer with Discovery Channel, National Geographic, PBS, ABC, and other media outlets. In 2004 she began making community-based films as Shenandoah University’s filmmaker-in-residence in Winchester, Virginia. Her 2007 film Wit, Will, and Walls documents the history of desegregation in the Shenandoah Valley and has been used extensively to facilitate dialogue about race. In 2009 Moore began work as an associate professor of media arts and peacebuilding at Eastern Mennonite University in Harrisonburg, VA. There, she collaborated with students to create To Wisconsin with Love: a film about Ojibwe resistance and envisioning in response to what would have been the world’s largest open-pit taconite mine.

In 2016 Moore collaborated with Northland College (Ashland, WI) students to create From Wisconsin with Love – which focuses on spiritual, economic, and legal aspects of the act of harvest from the perspective of Ojibwe prophecy. 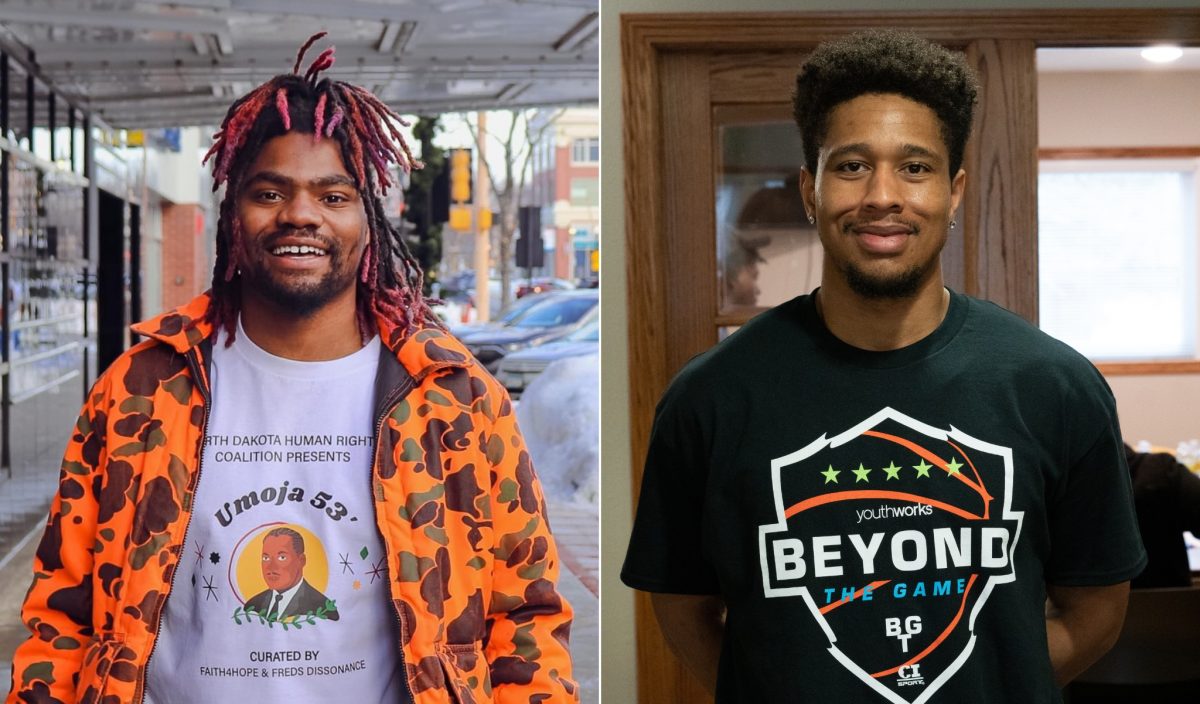 Frederick Edwards and J’Neil Gibson are the co-founders of the Umoja Writing Workshops, a program of Youthworks.

The Umoja Writing Workshops is an intensive 16-week leadership program that aims to eliminate racial, social, and economic barriers that prevent Black, Indigenous, and persons of color communities from flourishing. Since 2020, the Umoja program has expanded from one to seven schools within the Fargo Public School District and grown from serving 15 students to over 400. The program provides case management, youth advocacy, rides to and from school, food security, and more to the students it works with. More than sixty of the Fargo-Moorhead high school seniors who graduated from Umoja are now enrolled in college or vocational schools.

During the first six weeks of the program, we will focus on intrinsic motivation (who students are). During the next six weeks, the program explores extrinsic motivation (who everyone else is). In the final four weeks, groups developed projects that will impact their families, schools, communities, or the world at large. As part of Umoja, students complete a collaborative project displaying one of our primary pillars (Unity, Motivation, Leadership, and Cultural Transcendence).

Plants for Patients is a grassroots organization rooted in community engagement that promotes neighborliness and humanitarianism. The program strives to begin breaking down the social stigmas perpetrated against individuals who have experienced abortion by leveraging the community’s kindness to create a network of love and support. Plants for Patients is a pro-compassion and pro-choice organization that serves the Fargo-Moorhead community.

Plants for Patients builds on social practice art theory and research on the effect of nature and plant life in the healing process. People who have had abortions are offered a handmade ceramic planter, a small plant, and a handwritten note of support to promote both emotional and physical healing and to establish a connection – an anonymous bridge of love and support – with their community.

The Human Family Award for Creative Placemaking recipients will be recognized as part of the North Dakota Human Rights Film and Arts Festival Opening Ceremony and Awards Presentation at the Radisson Blu in downtown Fargo on Tuesday, November 1 at 6:30 p.m. The event is free and open to the public and includes food and beverage. Registration is not required but is appreciated for food preparation and seating.